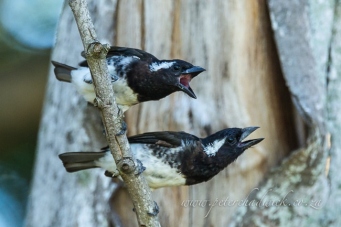 A pair of Lilac-Breasted Rollers caught my attention as they called raucosly and cavorted through the sky chasing a neibouring pair that had ventured too close to their nesting territory. Blue Wildebeest, Nyala and Impala herds that were covered in Red-Billed Oxpeckers grazed on the lush grasslands and Yellow-Throated Longclaws gorged themselves on fat catepillars snatched up from their hidding places in amongst the grass. This was the welcoming party that greeted me as I drove down the tree-lined roadway to the reception at the Sand Forest Lodge situated a stones throw away from iSimangaliso’s Wetland Parks False Bay section and the town of Hluhluwe.

On arrival at the reception, Cary Lang greeted me warmly and explained that she and her husband are the owners of this 50-hectare jewel that is home to an amazing diversity of birdlife and vegetation. Grasslands scattered with numerous varieties of trees including Fever Tree, Natal Mahogany, Toad Tree, Sickle Bush, Koeboe Berry, Green Monkey Orange and magnificent Flat-Crowned Albizias and Fig trees take up the major portion of the property and it is amongst these that the chalets and buildings are cleverly scattered. In one corner, a patch of intact Sand Forest hides many of the regions special birds. 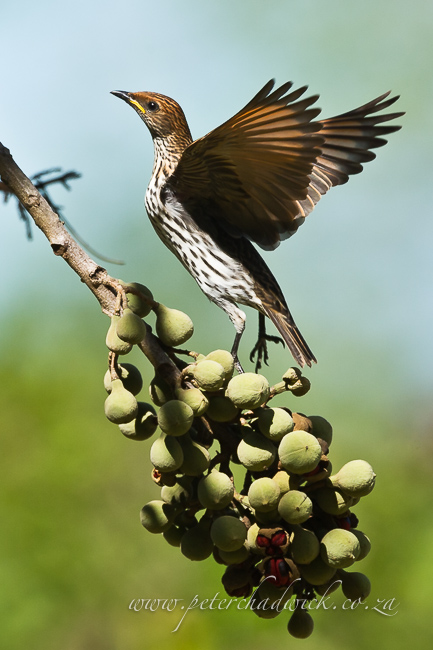 As I settled into my chalet, I noticed a commotion of birds in the nearby bushes and ventured onto the verandah to watch as flocks of Yellow-Bellied Greenbuls, Violet-Backed Starlings, Spectacled Weavers, Dark-Capped Bulbuls and Yellow-Throated Peritonia came down to quench their thirst and bathe at a nearby bird bath. Attracted by the constant birdcalls, I gazed further around the other chalets to see similar feathered activity taking place at numerous other well-placed birdbaths. At the other baths, a Black-Headed Oriole, Cape White Eyes, Emerald-Spotted Wood-Doves and countless Purple Crested Turacos were seen splashing vigorously in the water and then hopping into the branches above where they shook out the wet feathers and then carefully preened them back into place. 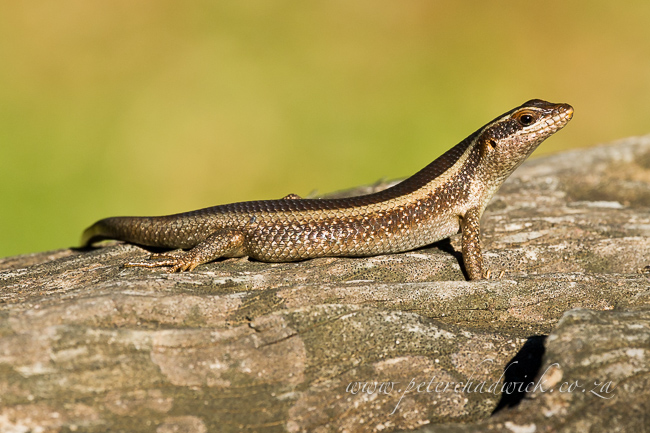 2 of 7. Striped Skink sunning in the late afternoon sunlight

In the nectar bearing shrubbery, small flashes of dazzling iridescence showed where the brightly coloured males of Southern Double-Collared, White-Bellied, Scarlet-Chested, Collared and Marico Sunbirds fed between their drabber coloured females and Olive Sunbirds. Squadrons of Trumpeter Hornbills flew noisily between the treetops and joined Black-Collared Barbets and White-Eared Barbets feeding on ripening fruit. A real highlight was a small Natal Mahogany tree that was heavily laden with seed. This attracted countless female Violet-Backed Starlings, a family of Green Wood-Hoopoes, Black-Bellied Starlings and Sombre Greenbuls. A Southern Black Tit carefully visited each seedpod and plucked the seeds out, throwing them to the ground and snapping up any insects that had been well hidden. A large spider was also quickly dealt with by a squeeze to the head that released any poison and was then shaken before being swallowed. A pair of Chinspot Batis’s also passed by, gleaning small insects from the tree. An inquisitive Scaly-Throated Honeyguide came and had a close look at me and then continued to follow me as I wandered below the canopies. At one dead tree, a male Cardinal Woodpecker drilled hard to start a nesting hollow and families of White-Eared Barbets bowed and bobbed to one another in display. If this was not enough of a party, they then promptly danced with a Black-Collared Barbet that made the mistake of also landing in the tree. This seemed to disgust the Black-Collared Barbet who quickly flew off to find its mate and start calling in duet and in cheeky answer to the dancing taking place nearby. 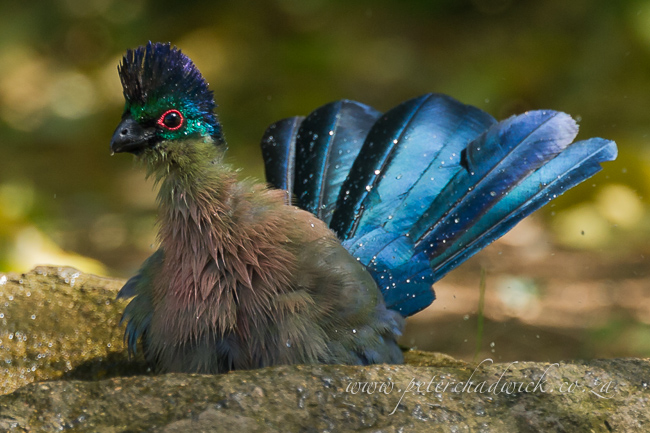 Moving more into the open and following the network of paths, I flushed Red-eyed Doves, Crested Francolins, and a pair of Spotted Thick-knees. A pair of Egyptian Geese took a disliking to my presence and called raucously, also startling a trio of Hadedah who then added to the noisy commotion. Both Groundscraper and Kurrichane Thrush pairs flicked fallen leaves in search of hidden morsels and in the tangled undergrowth White-Browed and Red-Capped Robin-Chats moved cautiously and only gave away their locations through their beautiful liquid singing. 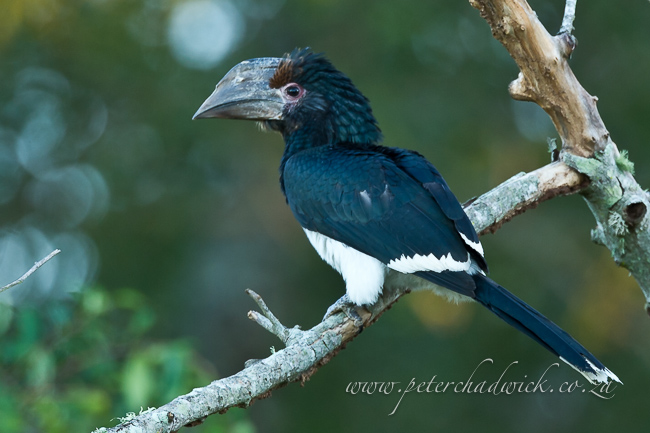 After a midday break, I met up with Bheki Mbonambi, Bheki Nyandeni and Themba Mthembu who were busy at the Lodge undergoing training with the Birdlife South Africa team as part of the Important Bird Areas programme. Bheki Nyandeni is a birding guide for the nearby Muzi Pan, while Bheki Mbonambi guides at Lake Sibaya and Themba Mthembu leads guiding tours around Nibela Peninsula, False Bay and St Lucia. All three of these guides are extremely knowledgeable and have done much to promote birding and conservation within their own communities. Their latest training will assist them in monitoring and protecting the critically important bird sites which fall within their area and it is extremely worthwhile contacting them when passing through their respective areas as they know exactly where the real special birds can be located. 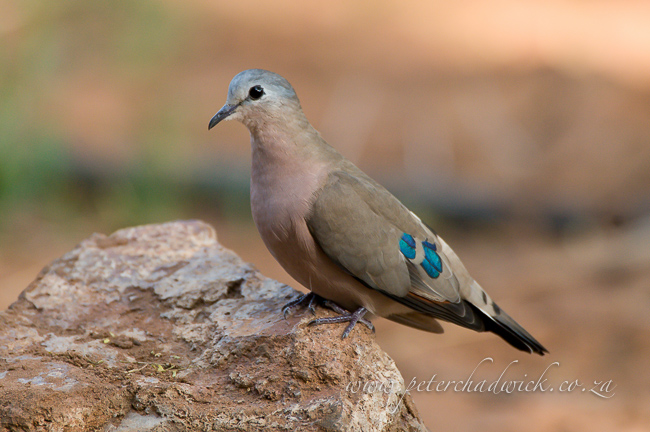 5 of 7. Emerald-Spotted Wood Dove approaching one of the many bird baths placed at Sand Forest Lodge

With the day becoming cooler again and the birds becoming more active I continued with my exploration of the property and added African Stone Chat, Southern Black Flycatcher, African Hoopoe, Pale Flycatcher, Brubru, Yellow-Breasted Apalis, Black-Backed Puffback and Ashy Flycatcher as I wandered the edge of the Sand Forest. In the skies above, flocks of European Bee-Eaters, White-Rumped Swifts and Barn Swallows swooped after insects. Entering into the forest gloom, the calls of Eastern Nicator and Pink-Throated Twinspots teased me but this was made up for when I found a pair of Narina Trogons that were sitting quietly in a small opening in the forest. Insects and spiders were plentiful and held my fascination while the hard searched for African Broadbill that were known to be present eluded me. 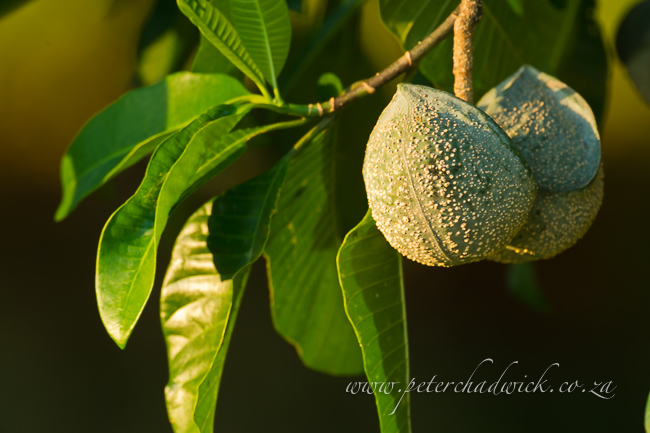 6 of 7. The strange looking fruits of a Toad Tree

With False Bay being so close nearby, I ended the exciting day with a quick tour by driving along the lakeshore. Red Duikers, Vervet Monkeys and Warthogs were plentiful amongst the open woodland and down on the lakeshore I was able to view Great White Pelicans, Grey-Headed Gulls, Spurwinged Geese, Caspian Terns, African Spoonbills and a high flying African Fish Eagle. A walk amongst the campsite showcased Brown-Crowned Tchagra, Orange-Breasted Bush-Shrike, Gorgeous Bush-Shrike, Brown Hooded Kingfisher, Burchell’s Coucal, Dark-Backed Weavers and a small flock of Green Twinspots. 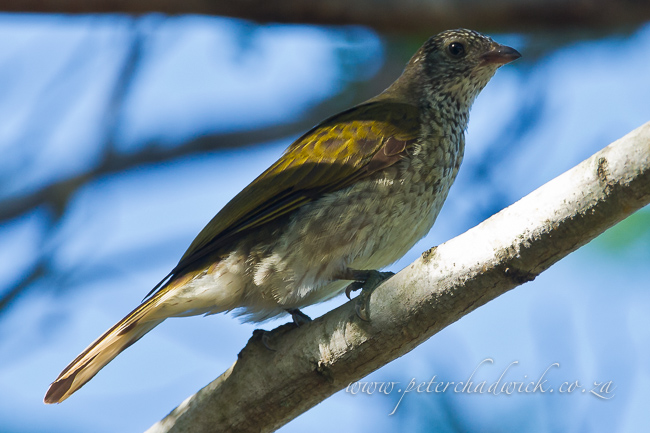 After just making the gate before it was locked at False Bay, I returned to my chalet at the Sand Forest Lodge in the dark, arriving to the sounds of calling Fiery-Necked Nightjars and a Spotted Eagle Owl, which were an extremely fitting end to a bird packed day.