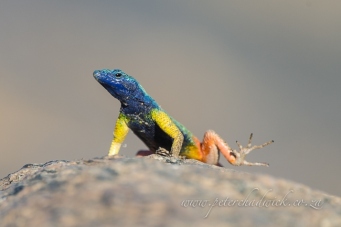 The Augrabies National Park is not only famous for its spectacular waterfalls.

You cannot miss the endemic and colorful male Augrabies Flat Lizards (Platysaurus broadleyi) as you walk down to view the might Orange river plunging over the falls.

Many people will only cast them a quick glance, but time spent with these social, alert and ever-active lizards reveals a complex social structure and fascinating feeding habits.

The mating season is generally between September and October and its during this period that activity is at its peak. Males fight over territories and the right to mate with any females that enter into their territory.

Outcast males are called "floaters" and they can be spotted employing sneaky tactics in order to mate. 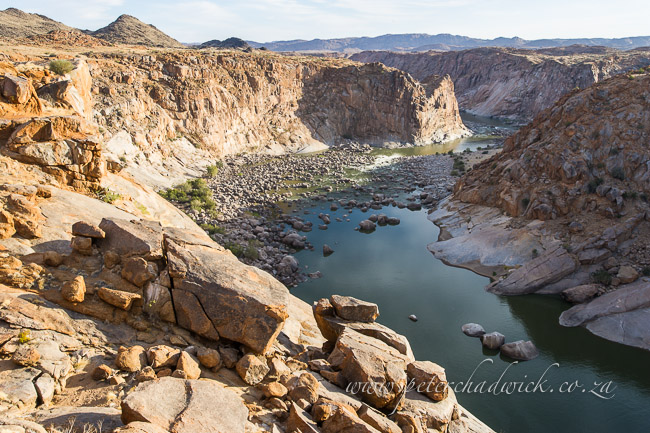 Female Augrabies Flat Lizards are a drab brownish grey with white speckling and stripping while the males are far more spectacular. 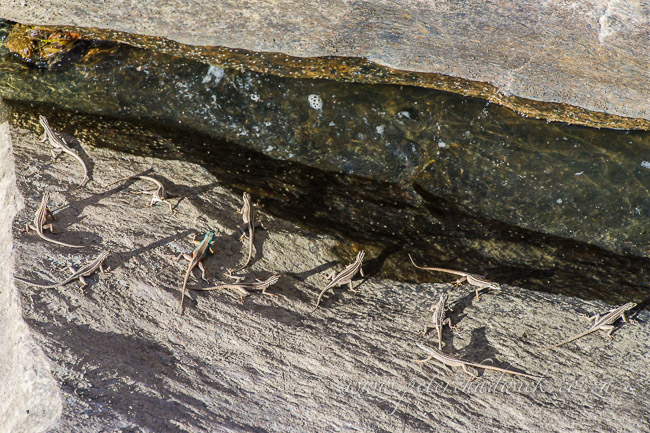 They wear a bright blue head and waistcoat with yellow forelegs, orange hind -legs and belly and a speckled brownish back. The more dominant males seem to be even more brightly colored and use this to their advantage by scaring off rivals by flashing their underbellies. If the offending rival does not retreat, aggressive fights may break out with much biting and shaking taking place and even the females may suffer such an attack. 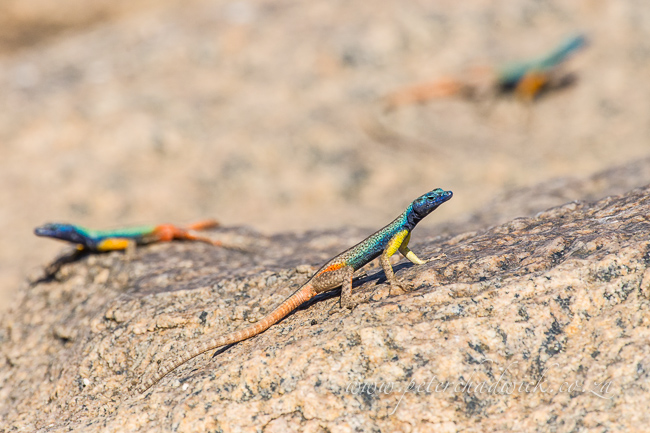 It is their feeding habits that are perhaps the most interesting. During the heat of the day, large numbers of these lizards gather to feed on the plague like swarms of Black Flies that cloud along the banks of the river. 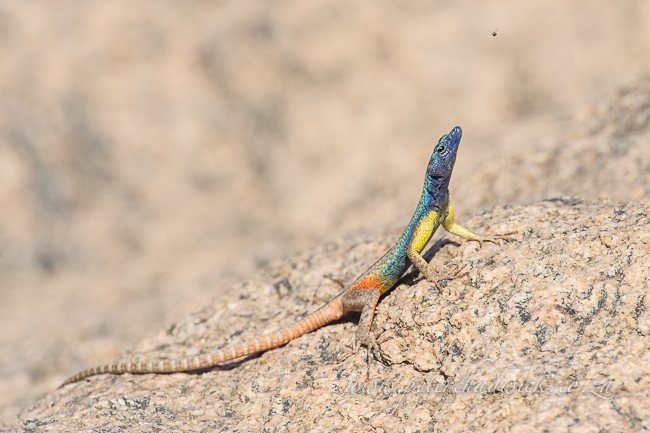 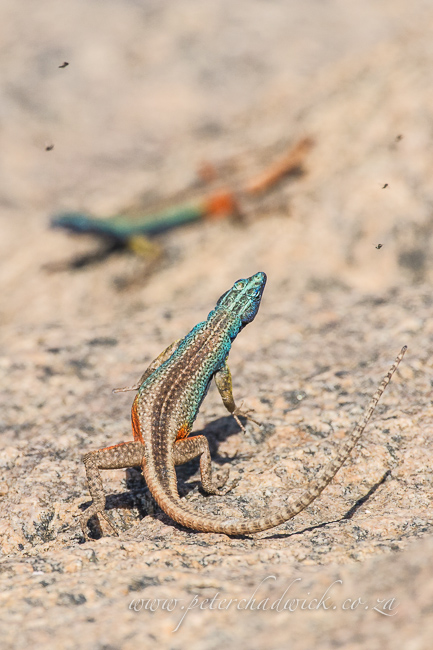 Most lizards rush around just snatching at the flies as they come low enough to pluck at. However, there are a select number of males that maximize their chances of catching a crunchy and juicy fly by leaping high into the air. 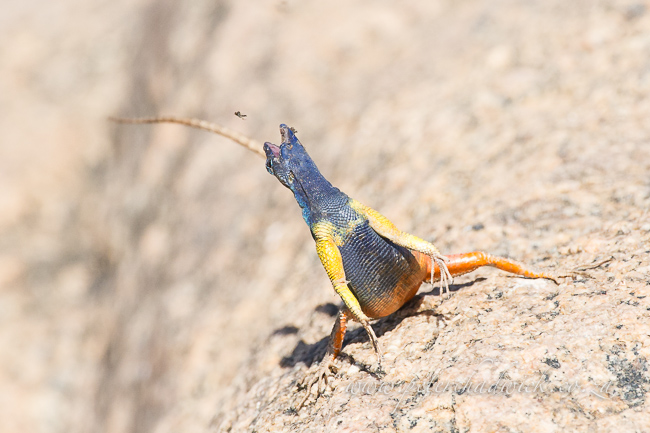 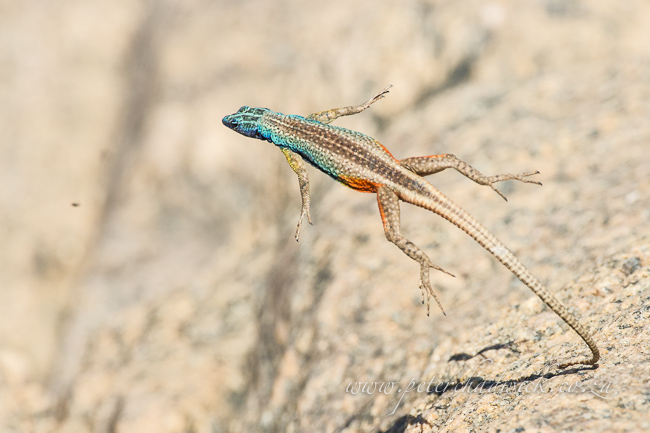 These males carefully watch the approaching prey and time their leap to try and be in range of the hovering flies. In many cases the lizards will try and use their tails as a stabilizing rudder, resting it on the ground, while on other occasions the entire body is thrown high into the air. 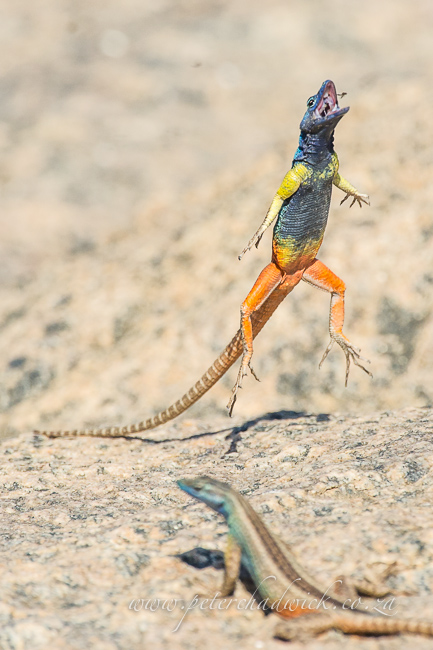 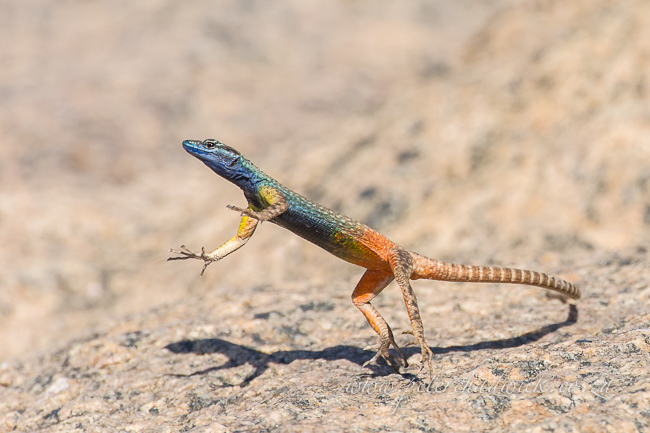 Again, there seem to be lizards that are better than others at using this tactic and those that have refined the art will catch a fly on almost every leap, chomping their prey with much satisfaction on landing. 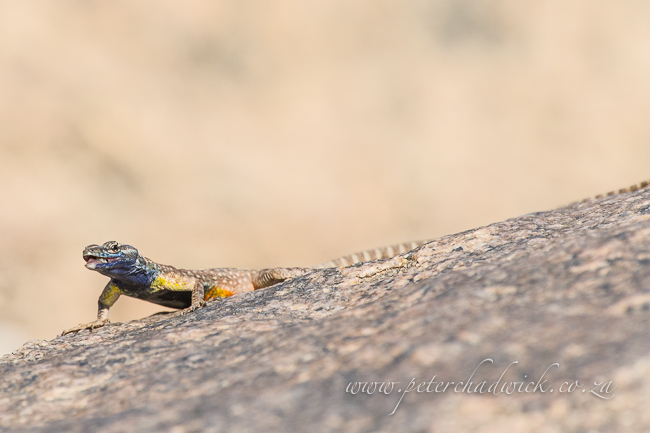