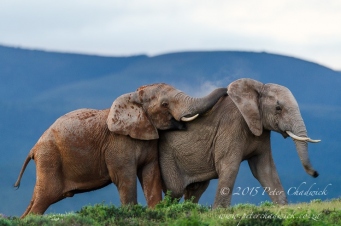 In 1931, when the Addo Elephant National Park was first proclaimed, only 11 African Elephants remained after the period of intensive hunting that took place against them finally ended. Hunting for their ivory first began in the area in the early 1700’s and by the 1900’s hunters had exterminated most of the remaining elephants and other wildlife in the area.

Fortunately today, under strict conservation ethics and management, the African Elephant population has recovered and now flourishes within the boundaries of a vastly expanded protected area and Addo Elephant National Park undoubtably offers some of the best African Elephant viewing opportunities in Africa.

Since those early days, Addo is now the third largest national park in South Africa and encompasses 180 000 hectares in a diversity of biomes that stretches from the semi-arid Karoo around Darlington Dam and extends right down to the coastline between the Sundays and Bushman’s River mouths. There are also plans, that are in an advanced stage, to proclaim an additional marine protected area that will adjoin the terrestrial section of Addo.

Today, there are over 600 elephant that includes a number of large adult bulls that were translocated from the Kruger National Park to help bolster genetic variation within the population. Given the strict protection that has been afforded to these elephants, they are extremely relaxed to visitor presence, allowing unrivalled opportunities for photography and to observe their closely-knit family structures and bonding’s. 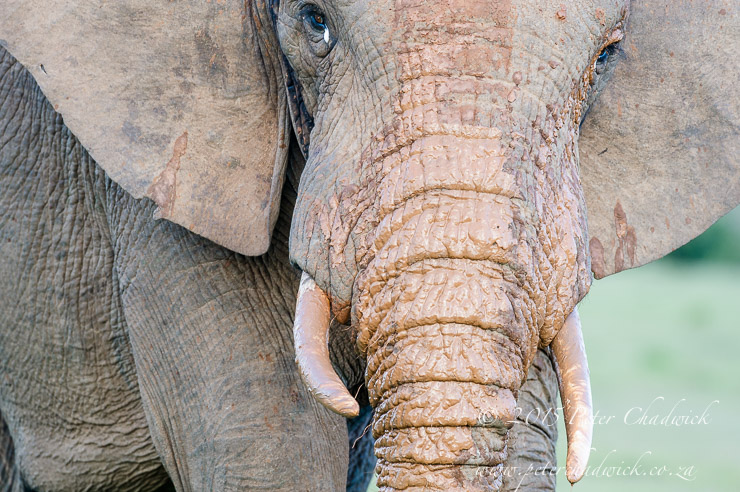 1 of 14: An adult African Elephant bull walks away from having a mud bath in a shallow pool in Addo. 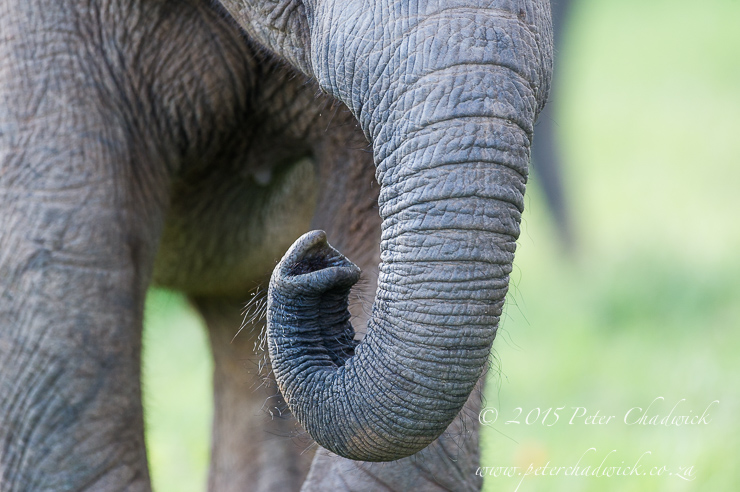 2 of 14: An African Elephant begins to curl its trunk sideways to scent the air. 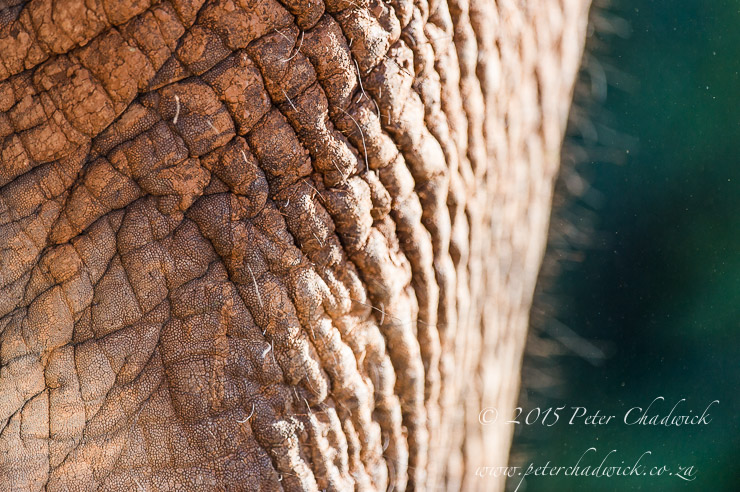 3 of 14: Textured detail of the skin of an African Elephant. 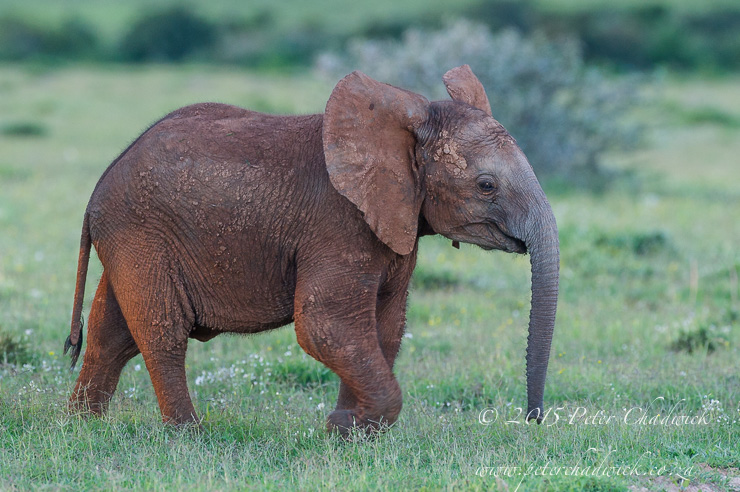 4 of 14: A young African Elephant calf raises its ears in play with other elephant calves. 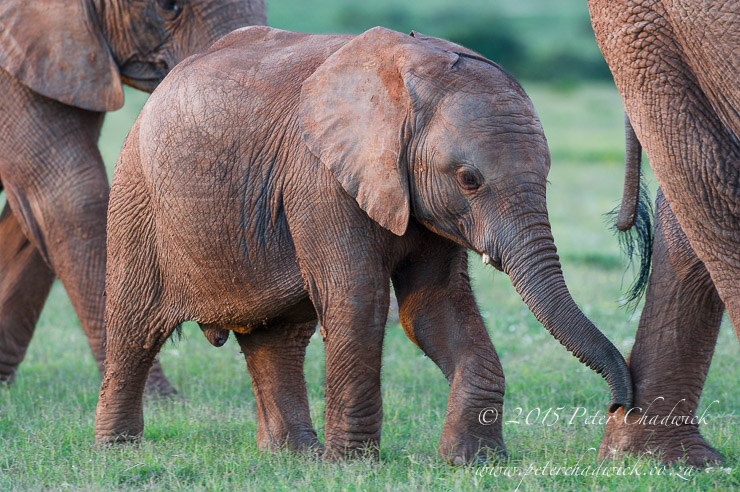 5 of 14: An African Elephant calf stays in close touching distance of its mother. 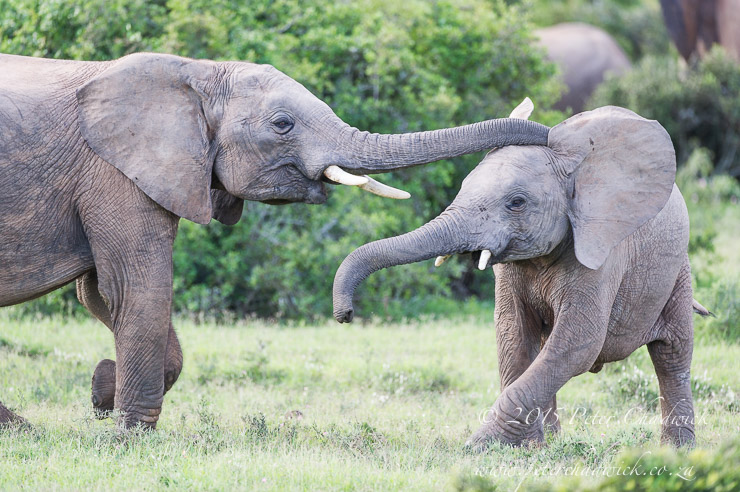 6 of 14: Two young African Elephant claves paly with one another, always initating play with a touching trunk. 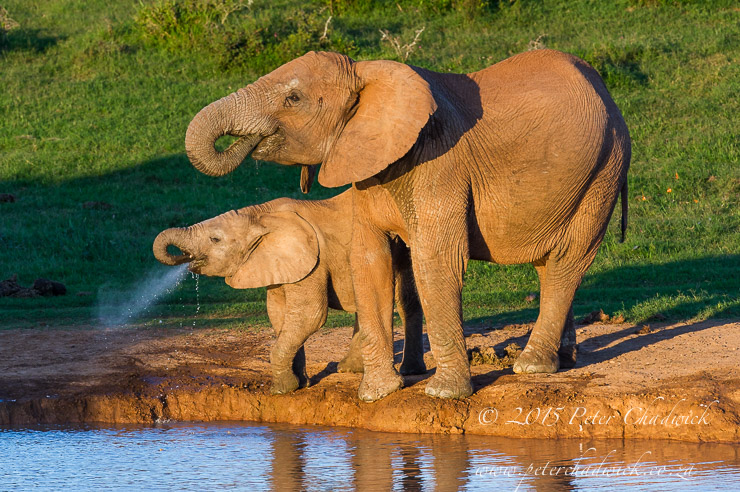 7 of 14: An African Elephant mother and her calf drink from a waterhole during late afternoon. 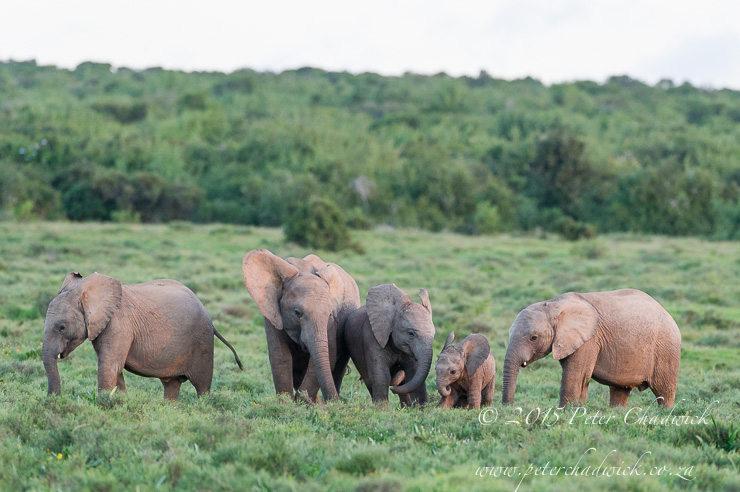 8 of 14: African Elephant calves huddle around a very young calf, touching it gently on occassion with their trunks. 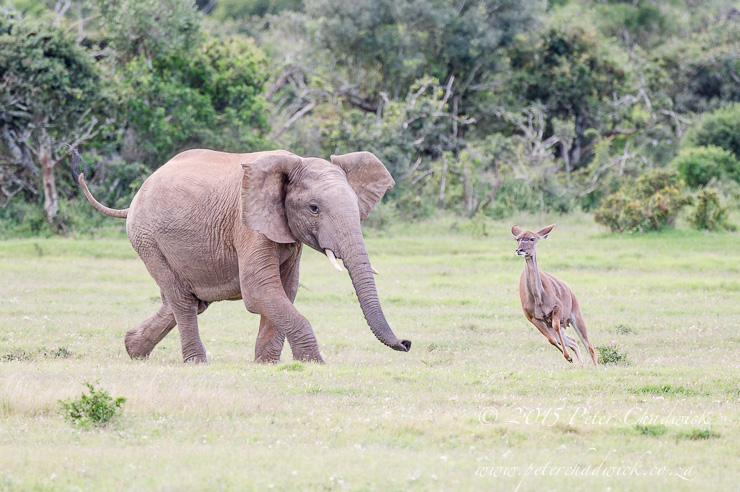 9 of 14: A sub-adult African Elephant bull chases a Kudu cow in panic as he runs after his herd that has left him behind. 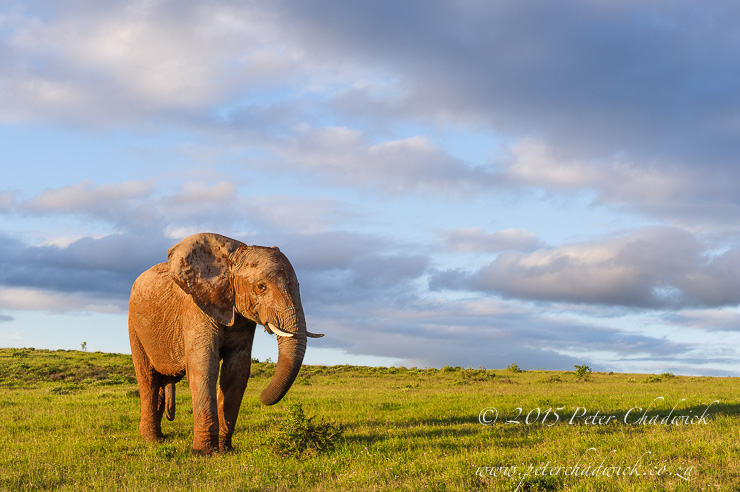 10 of 14: An African Elphant bull feeds in the open grasslands of Addo at dusk. 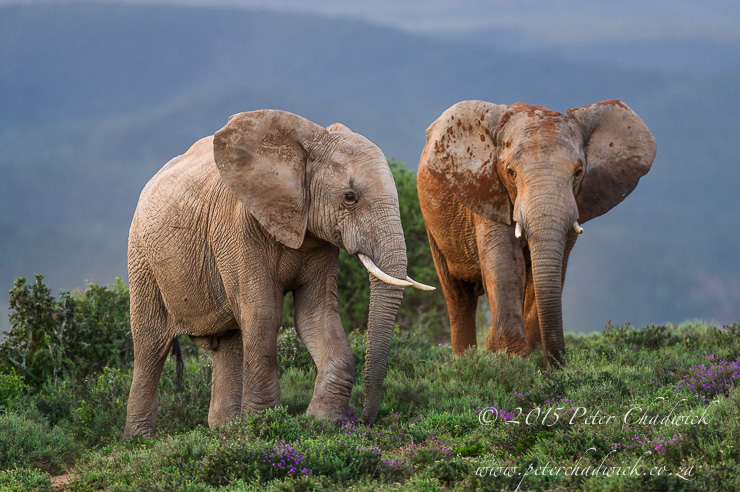 11 of 14: Two large African Elephant bulls stand off from one-another during a battle of strength that lasted several hours. 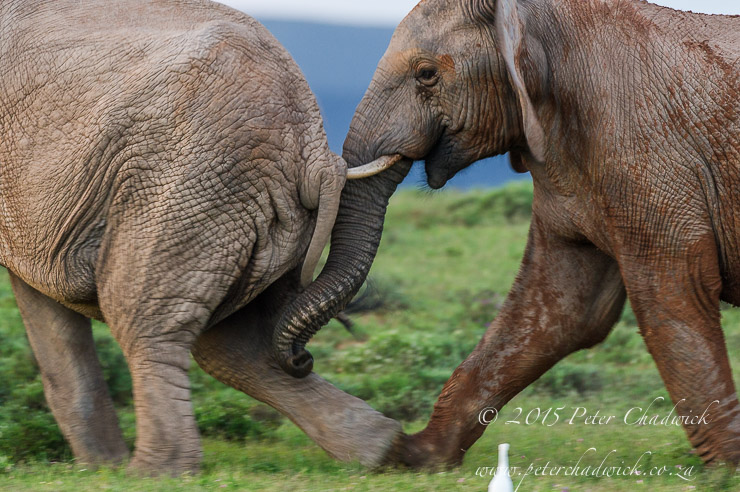 12 of 14: During a test of strength, an African Elephant bull prods its opponent in the rear with its tusk and as the other bull tries to run away. 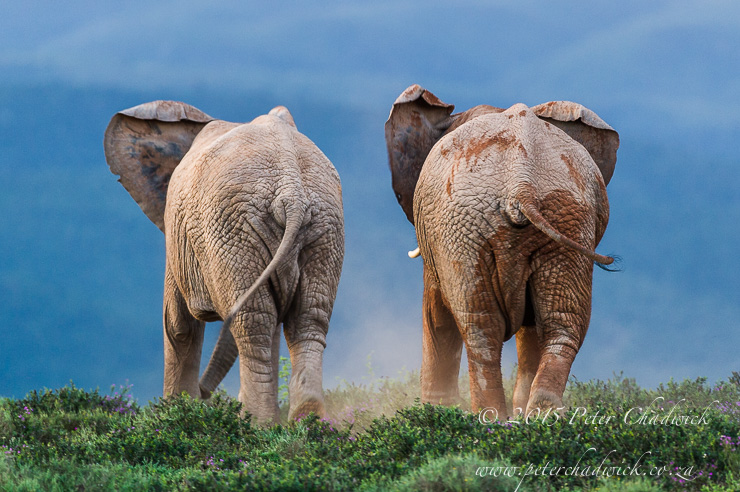 13 of 14: Two African Elephant bulls chase one another after several hours of battle in a test of strength. 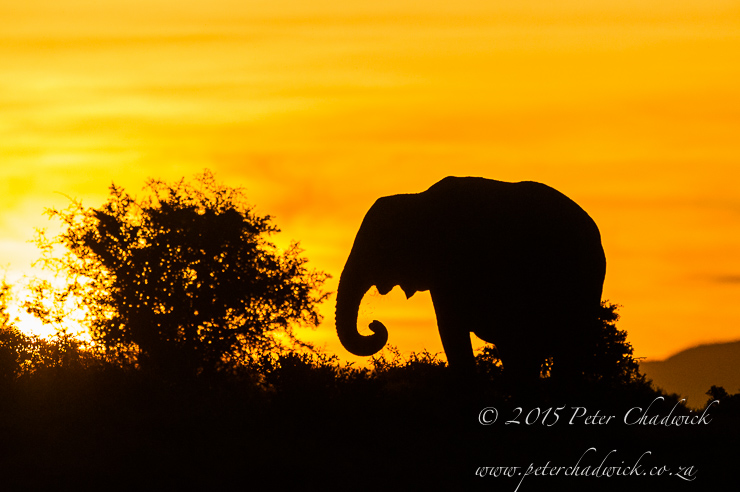 14 of 14: An African Elphant cow feeds peacefully at sunset.