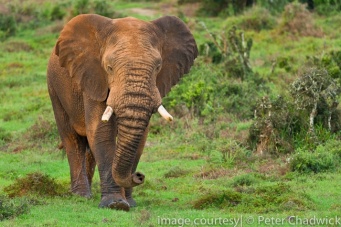 Recently, wildlife and conservation photographer Peter Chadwick had the privilege to spend 10 days in the Addo Elephant National Park. During this time it rained virtually continuously and this brought an unexpected hive of activity of seldom seen species and animal behavior that provided excellent photographic opportunities. Flying ant emergences provided the most spectacular viewing with many species making the most of this seldom occurring event to feed on the nutritious ants.

The Addo Elephant National Park is one of the most diverse National Parks within South Africa and covers seven biomes that range from the Zuurberg Mountains through to the Algoa Bay Dune Fields and to Bird Island. It is possible to view African Elephant, Lion, Humpbacked Whales and Dolphins all in one day. This park has some of the most relaxed populations of African Elephant. 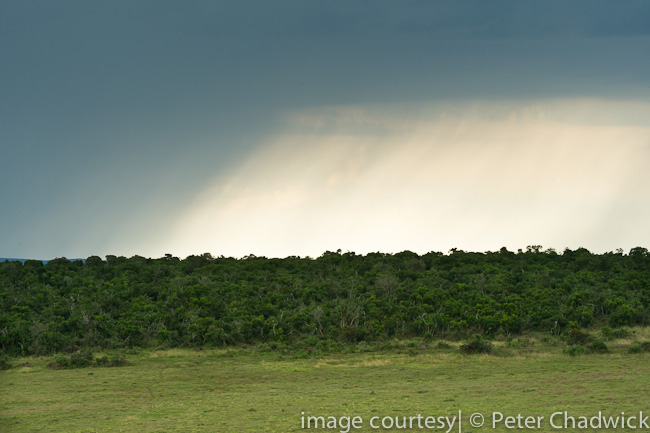 1. Rain falls across the spekboom and grassland plains of Addo Elephant National Park 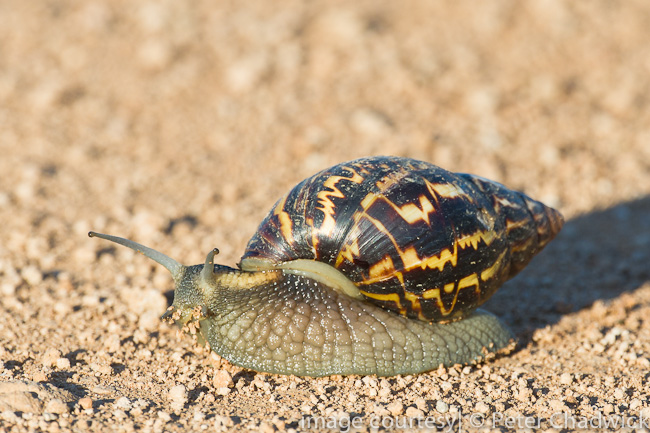 2. A large and well marked giant land snail emerges to search for food after heavy rain

3. Karoo Bush Rat families made the most of the cool wet weather to gather food larders that would be eaten in safety later. 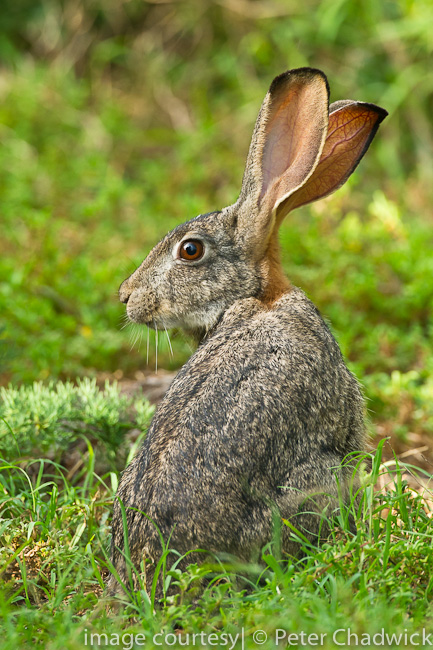 4. Normally crepuscular and nocturnal, scrub hares fed throughout the day, making the most of the overcast and wet weather. 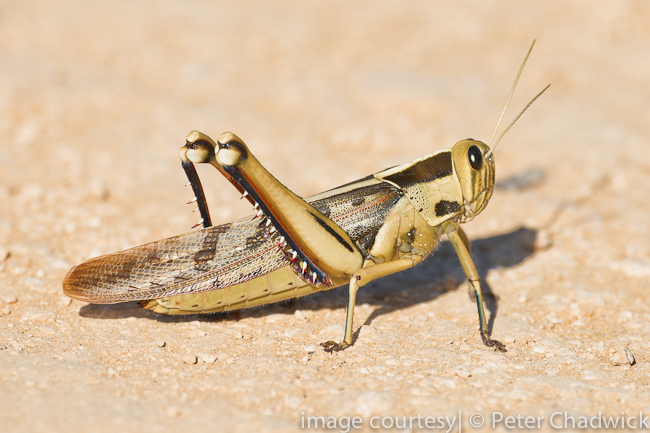 5. Brown Locusts were common throughout the park and adults were snapped up as food by numerous bird species 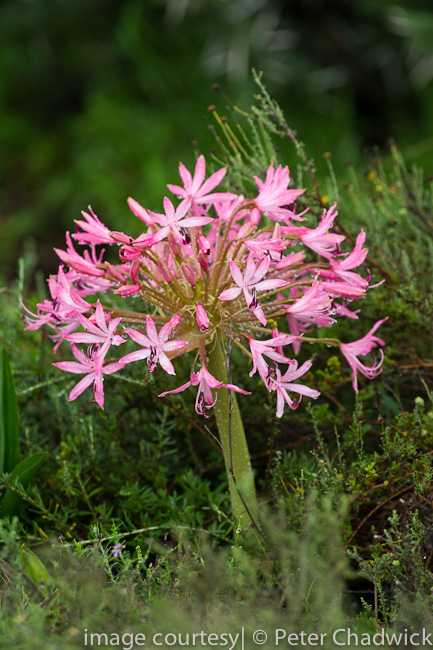 6. The colours of the Brunsvigia (Giant Candelabra) became particularly vibrant after rain had fallen on the pink petals. 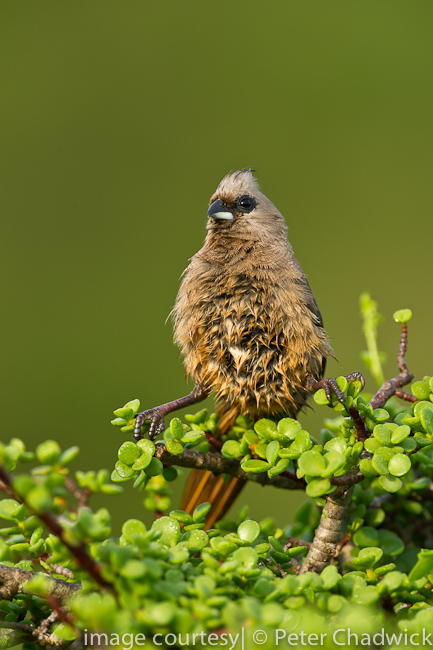 7. A Speckled Mousebird clambers to the top of a spekboom to sun its belly during a break in the rain. 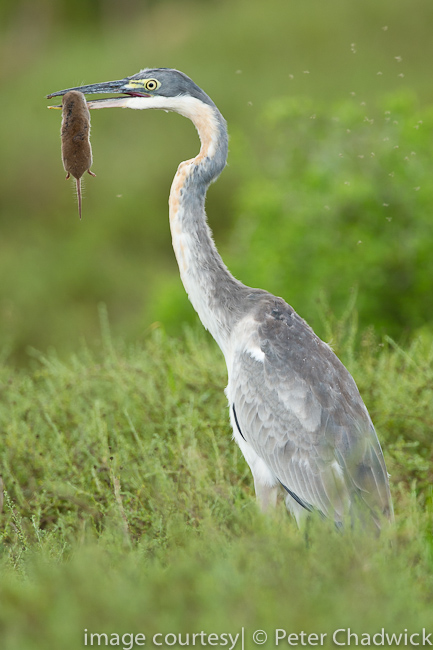 8. A Black-Headed Heron holds a large shrew that would normally be nocturnal in its long bill. The shrew was repeatedly beaten on the ground before being swallowed head first by the heron. 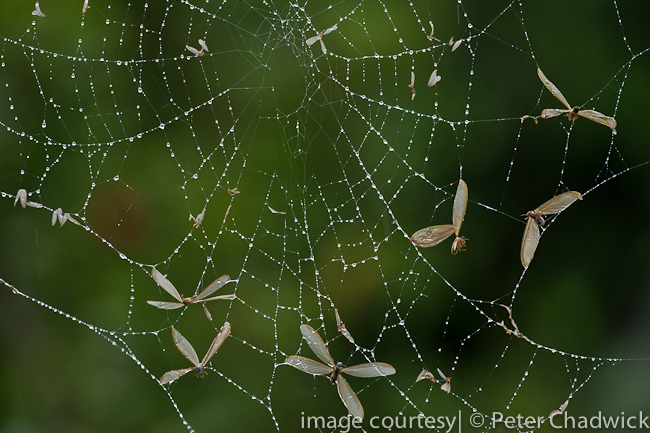 9. Flying ant alates that became trapped in a spiders web, hang in wait for the spider to feed on them. With the rain, thousands of flying ants emerged from the ground with many of them quickly becoming food for a large range of predators. 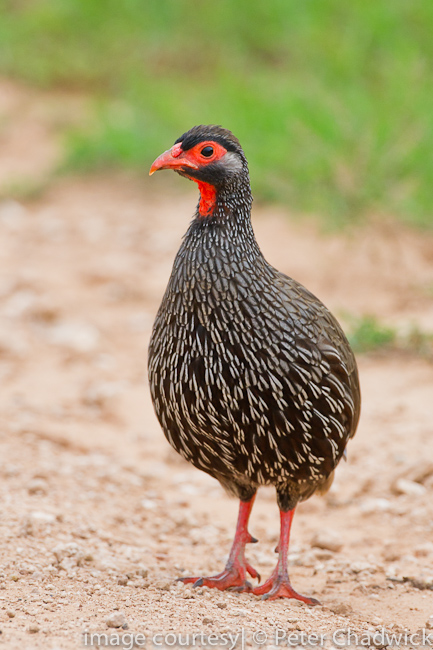 10. A male Red-Necked Spurfowl attracted to emerging flying ants quickly gorged himself near the entrance to the ants nest. 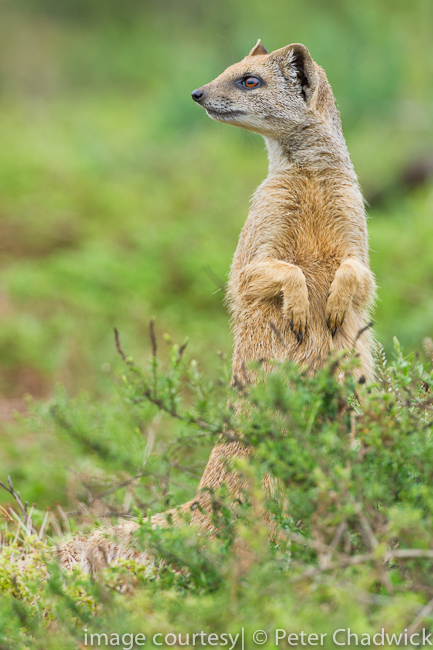 11. A Yellow Mongoose also made the most of the emerging flying ants and scampered across the veld after them before standing up again to watch where the next nutritious morsels landed. 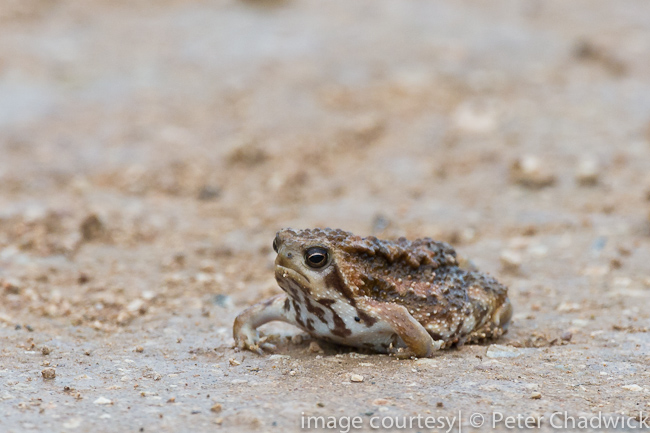 12. Bushveld Rain Frogs timed their emergence from underground to coincide exactly with the emerging flying ants which were quickly fed upon. 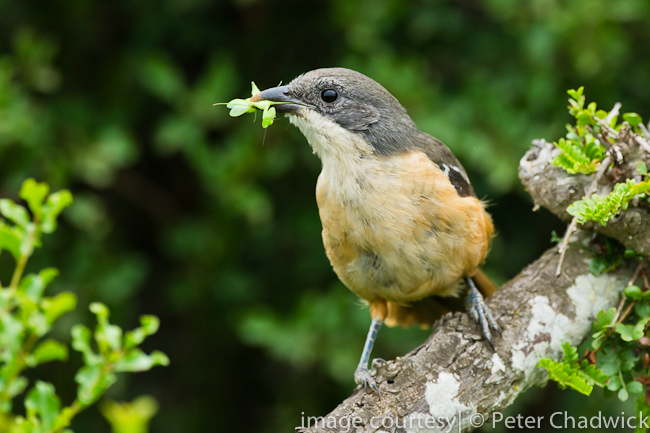 13. A Praying Mantis that was attracted to feed on flying ants became prey itself to a Southern Boubou 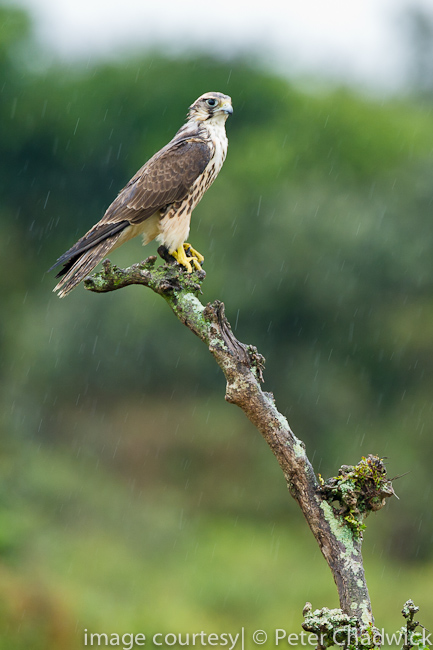 14. Lanner Falcons braved the heavy rain to launch from perches and catch flying ants which were then nimbly transferred from their talons to the mouth whilst on the wing. 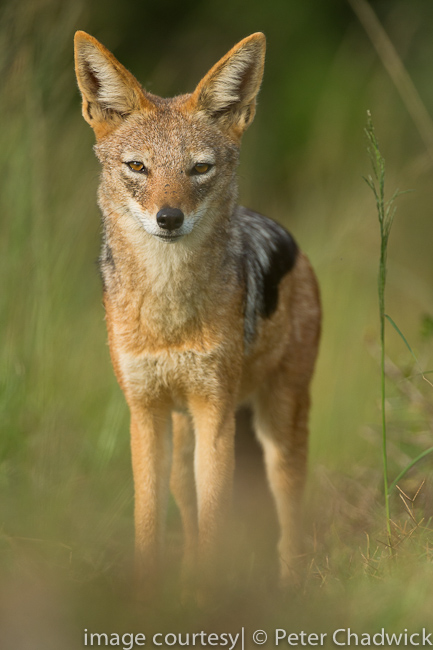 15. Black-backed Jackal pairs hunted together throughout the day when rain fell, feeding on large beetles, small rodents and even flying ants. 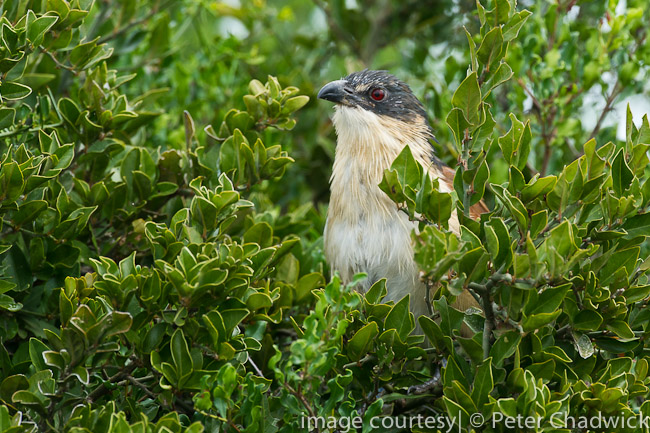 16. A Burchells Coucal emerges to sun itself at the top of a bush during a lull in the rain and when the sun broke through the clouds 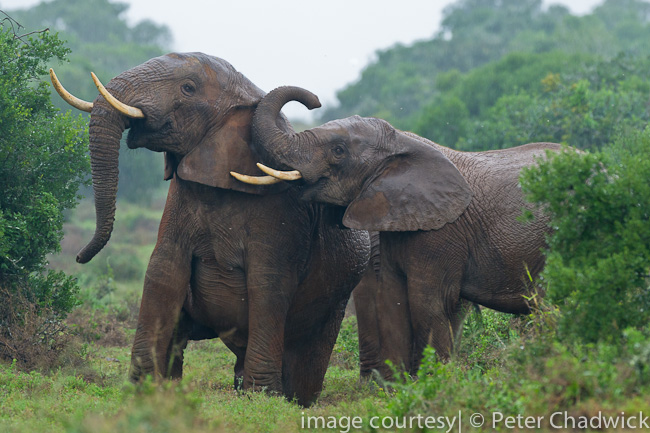 17. Even these two African Elephant bulls made the most of the cooler and wet weather and spent long periods playfully jostling with one another 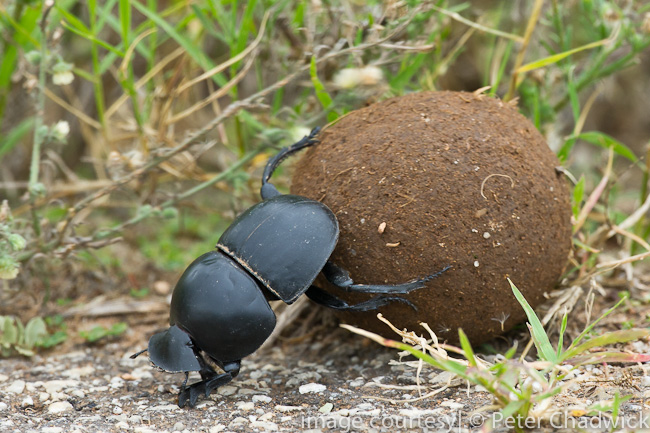 18. Flightless Dung Beetles quickly gathered dung from the elephant dung piles and rolled them off to be buried in the moist soil and where there single egg would be laid. 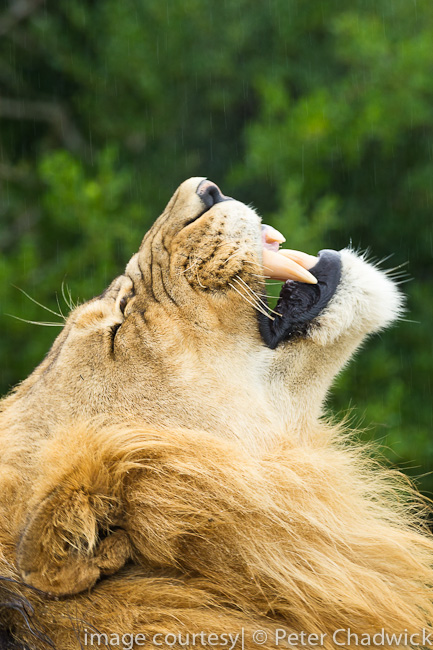 19. A lion stretches upwards and grimaces as the rain falls on his face 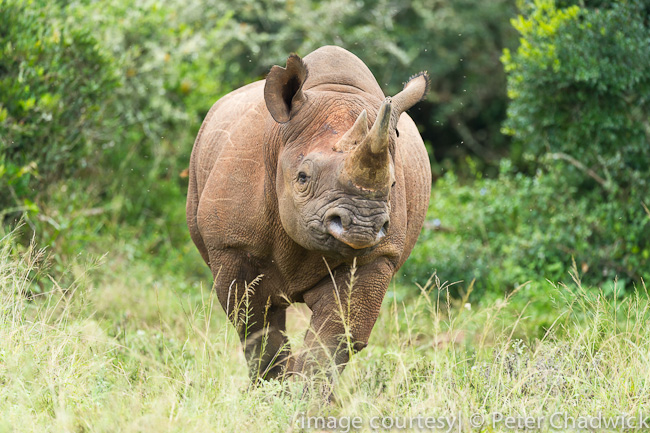 20. With the cooler weather a Black Rhino walks in the open and finds where the lion pride was lying. Instead of backing away from the lions, the rhino actively chased the lions until they entered thick bush

jrHidden 0/addo-elephant-national-park-wonders-of-rain.html0
Please enter the security code.
154com_contentcom_content52detail
Hello Peter ,such thrilling creature moments with nourishing of rain! I would LOVE to chance see Breviceps sp. Did you go in the peak-rain season of March month or April?
Joys
Cam Commented byCam ForestAugust 10, 2017

Hello Peter ,such thrilling creature moments with nourishing of rain! I would LOVE to chance see Breviceps sp. Did you go in the peak-rain season of March month or April?
Joys
Cam

Was this review helpful to you?
Thanks for the great read, im an ex-game ranger from the Eastern Cape region and visit Addo often. Stunning images, especially enjoyed the Jackal portrait and the amazing Black Rhino image, had a lovely sighting of one myself recently... Keep well and happy snapping ;) Commented byJonathanMay 21, 2012

Thanks for the great read, im an ex-game ranger from the Eastern Cape region and visit Addo often. Stunning images, especially enjoyed the Jackal portrait and the amazing Black Rhino image, had a lovely sighting of one myself recently... Keep well and happy snapping ;)

Was this review helpful to you?
These images are absolutely awesome! Aspiring to take photos even half as good as these! Thank you so much for sharing!! Commented byTersia maraisMay 20, 2012

These images are absolutely awesome! Aspiring to take photos even half as good as these! Thank you so much for sharing!!