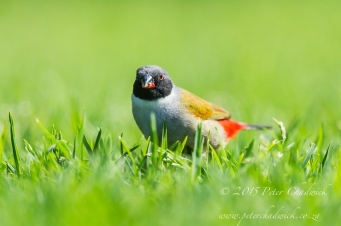 If the Cape Floristic Kingdom can be related to a human body, then without a doubt, the Kogelberg Biosphere is the heart. It is considered by many to be the core of the fynbos with an incredibly high diversity of species being found across its area.

The Kogelberg Biosphere stretches from a rugged, yet stunningly beautiful coastline right up high into the mountain peaks that make up most of its landscape.

To be able to find the bird that was sitting in front of me so easily and which was a highly sought after endemic came as a bit of a surprise considering that I had arisen well before dawn and had set off on a two hours drive to this isolated patch of fynbos that was set against a steep mountain slope. Mist swirled low all around me, making bird watching conditions rather poor and yet within two hundred meters of my setting-off point, here was a stunningly beautiful Cape Rockjumper perched upon a boulder with his half-coked tail and relaxed as can be. Nearby, his female partner scratched on the ground in search of a morning meal and it soon became apparent that the pair also had chicks hidden away somewhere high in the mist as they both collected food items that hung dangling from their bills as they flew away out of sight. 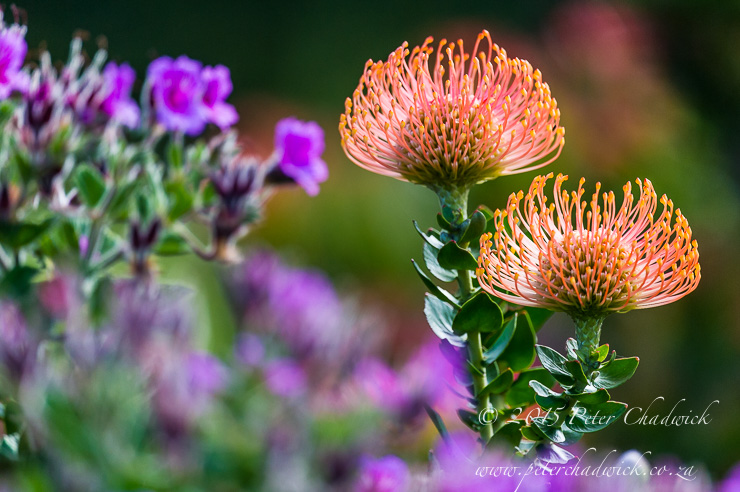 1 of 9: Pincushion and Pelargonium Flowers.

Rooi Els is well known for its rockjumpers and a small hiking trail at the back of the collection of houses leads through coastal fynbos where these birds can be found alongside dozens of Orange-breasted Sunbird males displaying together with Cape Sugarbirds and an occasional dazzling metallic green Malachite Sunbird. During other visits here, I have also encountered Cape Siskin and Ground Woodpecker along this route and some people have even been lucky enough to see a leopard skulking along the higher slopes. Verraux’s Eagle, Jackal Buzzard and Rock Kestrel are also regularly encountered soaring along the ridge of the mountain, but today for me, this was not going to happen given the misty conditions. 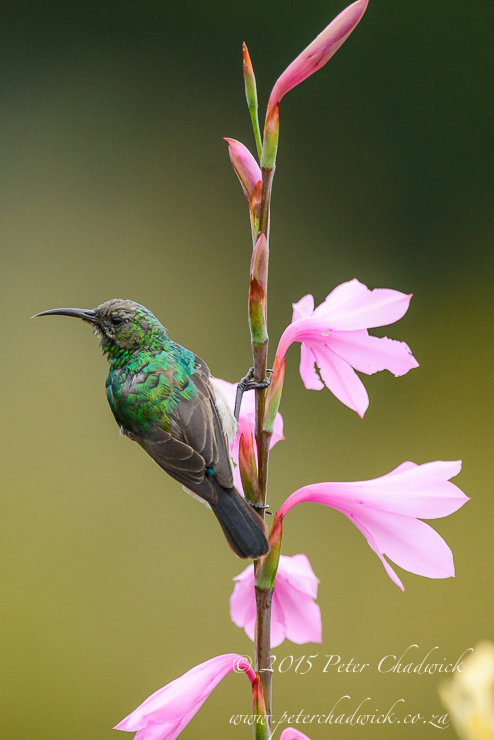 Elated with my early finds, Stony Point in Bettys Bay was my next destination that lay within a few minutes drive of Rooi Els. In the early 1980’s this rather uninteresting jumble of rocks that line the coastline became famous when a small group of African Penguins decided that it would become the first mainland breeding colony for these endangered birds in South Africa. Since then, the colony has steadily grown into one of the most important breeding colonies for the species. Wooden boardwalks and viewing platforms now transect through the colony allowing thousands of visitors each year to view the antics of these quaint birds. Cape Cormorant and White-Breasted Cormorants also breed beside the penguins and the fortunate may also view Crowned and Bank Cormorants. Standing at the most seaward point of the boardwalk, I scanned out to sea with binoculars in the hope of sighting Pomarine Jaegers and Sub-Antarctic Skuas that sometimes visit the area to scavenge. On this trip, I was out of luck, but I did view a small pod of Bottlenosed Dolphins feeding off-shore and in the distance, a Southern Right Whale and her young calf lazed on the seas surface, occasionally tail or fin slapping the water. 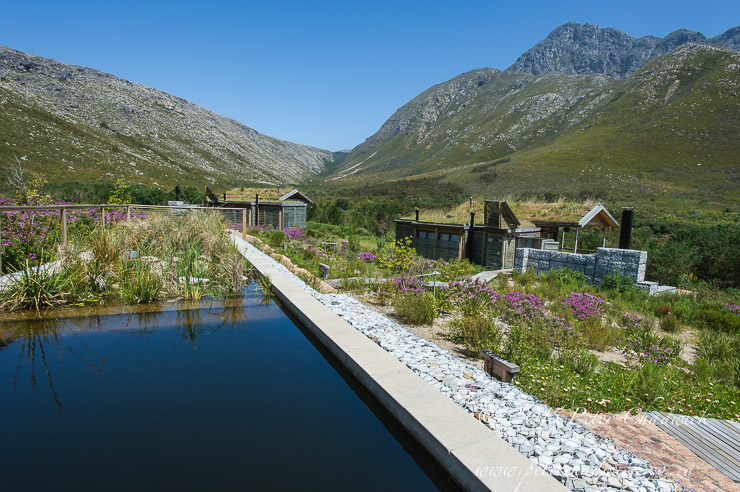 Walking eastwards from the colony and along the coastline with sandy beaches and rocky outcrops I was soon having good views of African Black Oystercatchers, White-Fronted Plovers, Hartlaubs Gulls, Sacred Ibis and of course the ever present Kelp Gulls. On the breakwaters of the small harbour and boat launching site, flocks of Swift, Sandwich and Common Terns had their day-time roost where they either slept or carefully preened each feather into place and at the same time helped to make this stop a great viewing point for a variety of seabirds. 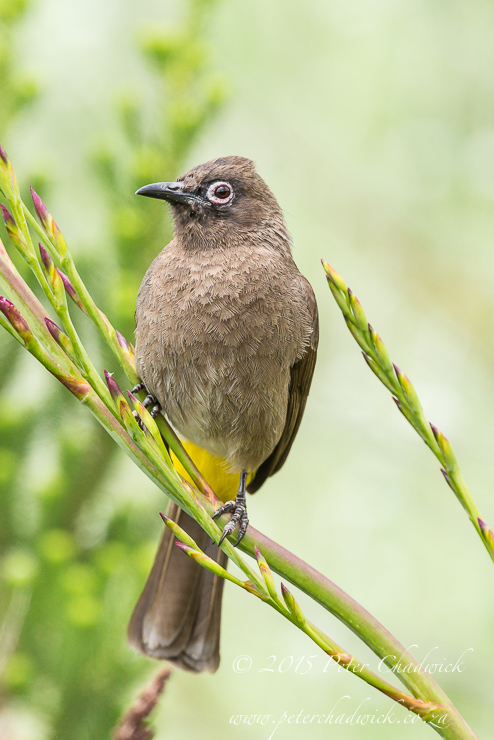 Since, I first visited Bettys Bay as a small boy, the Harold Porter Botanical Garden has always been a favourite birding destination for me and one of my most memorable experiences was finding the first record for the Western Cape of a Blue-Mantled Crested-Flycatcher in the forested gorge of Disa Kloof. With my latest visit, the mist finally began to lift and in amongst the gardens, birds of all varieties responded to the arrival of the sunlight and were singing loudly. Olive Thrushes and Cape Robin Chats hopped and scurried across the lawns probing for fat healthy earthworms while in the shady areas small family groupings of Cape Spurfowl dozed sleepily with half-open eyes. In the trees above that were laden with small fruits, Cape White-Eyes and Sombre Greenbuls fed between sessions of calling and with the start of the breeding season, male African Paradise Flycatchers with their long sweeping tails chased after females. Speckled Mousebirds, Spotted Prinia, Fiscal Flycatcher, Common Fiscal and Cape and White-Throated Canaries were also encountered in amongst the floral delights of the indigenous gardens that flashed colors of yellows, oranges, purples, whites and reds. Butterflies and dragonflies danced between the flower heads and occasional Angulate Tortoises also began to emerge as the day heated up. 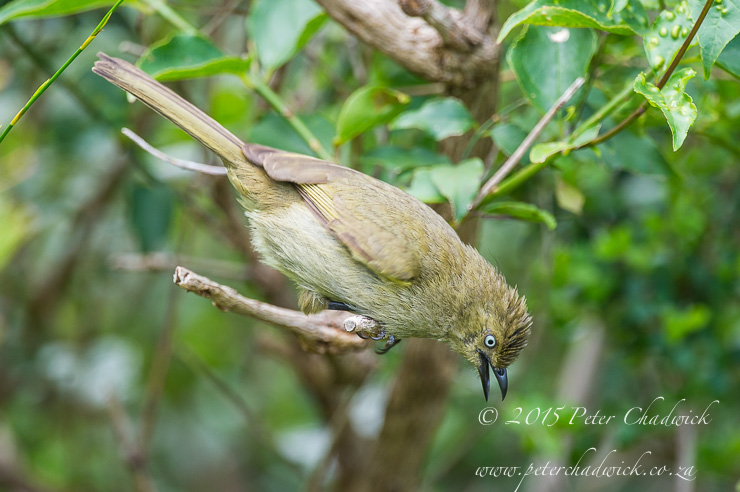 Seed-laden grasses attracted small flocks of Common Waxbills and Swee Waxbills that deftly husked the outer shells of the grass seeds before they swallowed the softer inner parts. Wandering across the cement bridge that arched over a tannin-laden stream, I flushed a pair of Giant Kingfishers that dashed off at high speed with loud alarm calls. The trail that leads to Disa Kloof is surrounded by forest and here I was able to find Cape Batis, Dusky Flycatcher and Olive Woodpecker. Sadly, the final bridge to Disa Kloof has been washed away through heavy flooding and I had to retrace my path to the gardens entrance. 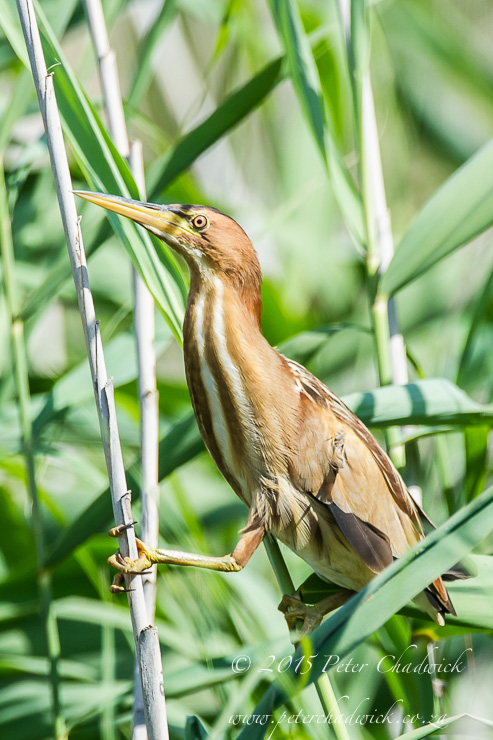 Driving across from the botanical gardens to the Kogelberg Nature Reserve, fields of pelargoniums painted the hilly slopes of fynbos with purple that in places were interspersed with the rounded orbs of orange pincushions that rose above the pelargoniums. African Stone Chats used these pincushions as launching points to pounce onto prey and given all the available pollen and nectar that was available, small insects swarmed and in turn attracted swooping White-Throated Swallows, Rock Martins, Black and White-Rumped Swifts and Greater-Striped Swallows in large flocks. 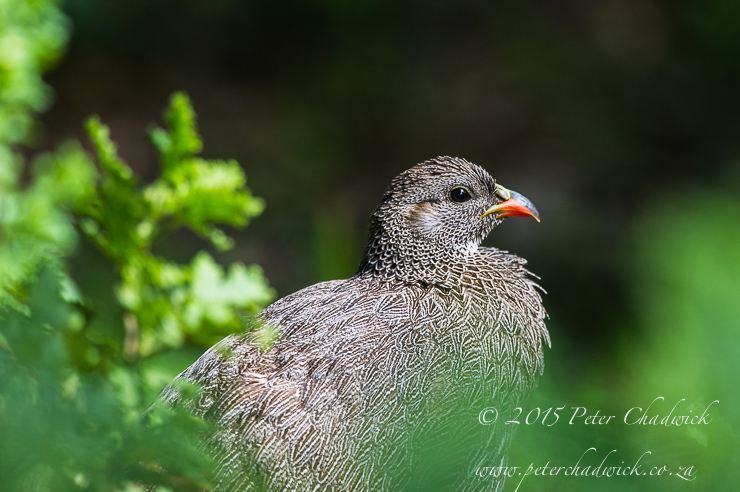 My final destination for an incredible days birding was at Stanford where I joined Peter Hochfelden, the chairman of the Walker Bay Bird Fair that is to be held in February 2015 in Stanford. We climbed aboard his small aluminum boat and puttered our way up the reed-lined waterways of the Klein River and that later fed into an expansive lagoon. African Darter, Purple Swamphen, Red-Knobbed Coot, Yellow-Billed Duck, Black Crake, Common Moorhen, Purple Heron and Pied Kingfisher were regular sightings. In the air above us a pair of African Fish Eagles called regularly and perhaps the highlight of the day was an excellent sighting of a Little Bittern that froze and tried unsuccessfully to avoid our detection. As the afternoon shadows began to creep across the landscape, I reflected that there were few areas that contained such a diversity of birding opportunities within such a short drive from one another while also providing stunning views of a diverse and biodiversity rich landscape! 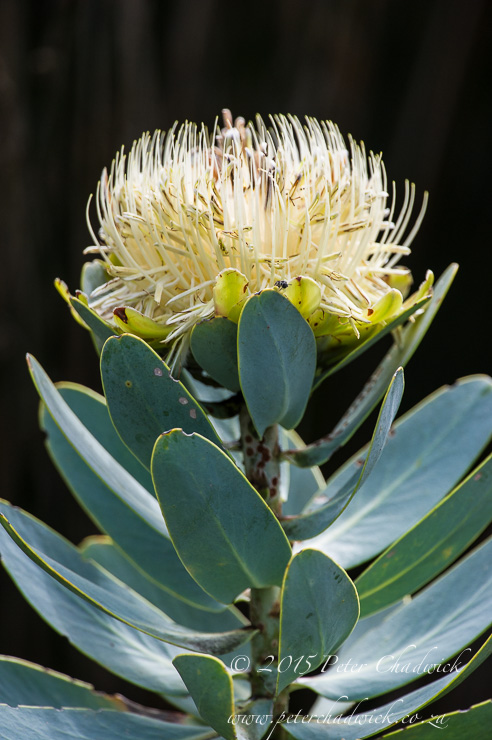 Season & Weather:
The climate is Mediterranean with warm summers and mild winters. Wind is present throughout the year with rain falling mainly in the winter months. Always be prepared for sudden changes in the weather. The summers are the dry and dusty months, whilst winter is the time when the fynbos is lush, green and in flower. The best months to visit are April and September.

Habitats:
This route is extremely diverse with its habitats, covering mountain, limestone and coastal fynbos, whilst numerous wetlands and vlei’s are surrounded by thicket vegetation. The marine habitats range from rugged cliffs to long sandy beaches. 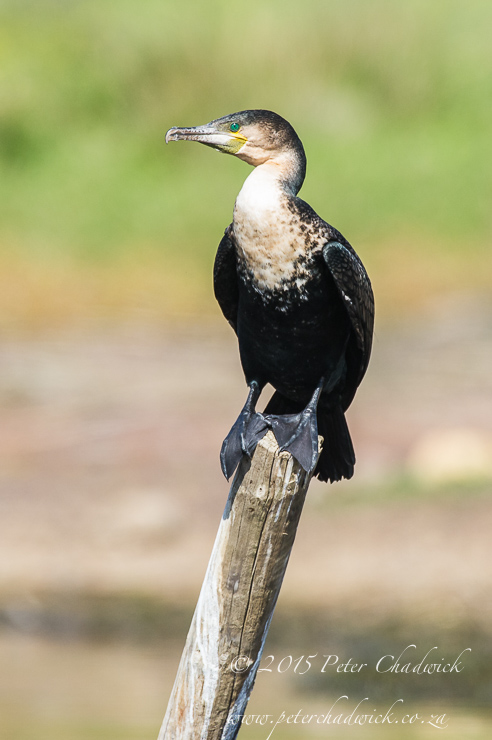 Getting There:
From Gordon’s Bay follow the R44 coastal road towards Betty’s Bay. To reach the Rooi Els site, cross the Rooi Els estuary and take the second turn off to the right and proceed along a gravel road until you reach the parking circle. The coastal road passes through Betty’s bay and continues to Kleinmond and Hermanus. The Stony Point penguin colony is well signposted.