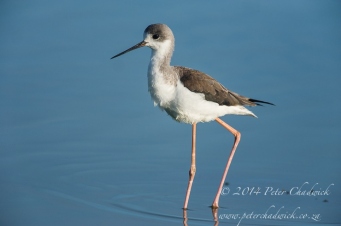 The several thousand strong flock of Swift, Sandwich and Common Terns wheeled and spun in unison as though part of a single-being before dropping in small groups to land on the pure white beaches. After some initial shuffling and preening, the birds all turned to face into the wind with many tucking their heads into the feathers on their backs and to catch a mid-morning snooze. Behind them and out to sea, massive rows of waves pounded the coastline pushing streams of water high into the mouth of the estuary and creating a strong push-pull current in the estuary mouth. 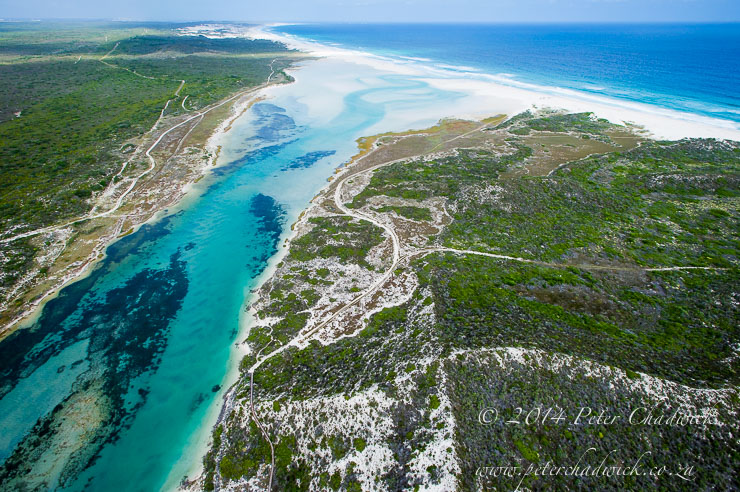 1 of 11: Aerial view of the De Mond Nature Reserve. 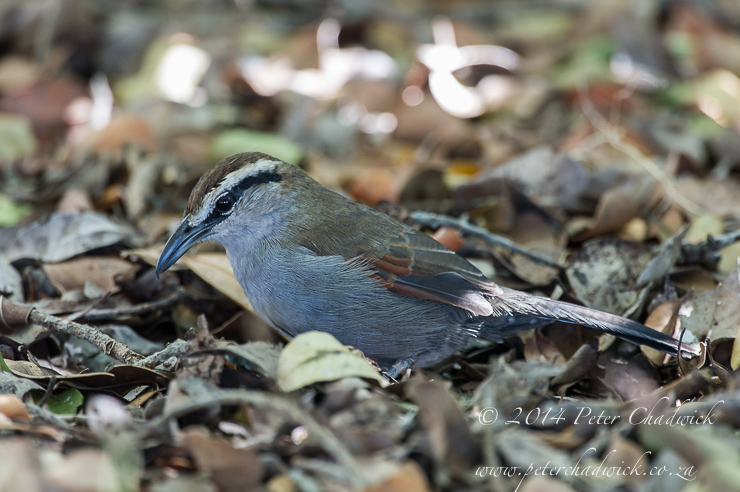 After taking in good views of these rarities, I wandered slowly back upstream along the banks of the river, looking for the other two coastal bird species for which the reserve is particularly well known. It was not long before raucous calls in the skies above attracted my attention to one of these specials. An adult Caspian Tern with its distinctive bright red bill was loudly scolding two juveniles that were flying too close to it and hindering its hunting opportunities. These birds, have for many years breed on the De Mond coastline but sadly, it seems that over the last few seasons they have shifted the breeding site elsewhere. Further upstream, above the wooden swing bridge, small flocks of Whiskered Terns flittered daintily over the river, dipping down occasionally to its rippled surface to snatch up small aquatic invertebrates and tadpoles. 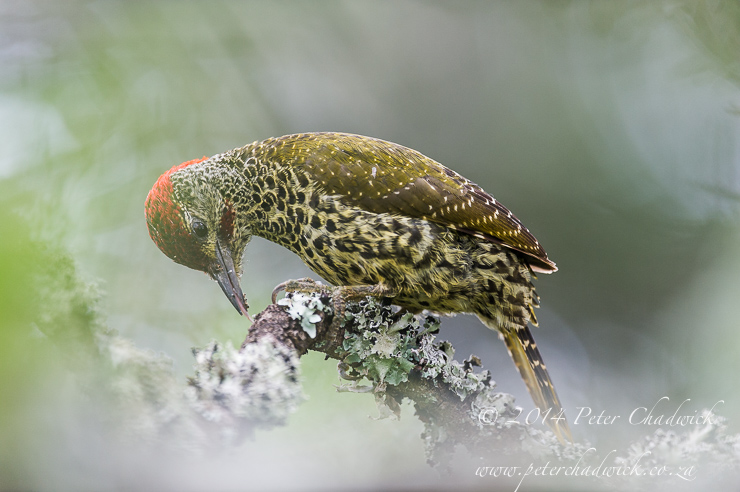 Before exploring the reserve further and tackling the seven kilometre Sterna Trail that wound between the coastal fynbos and dunefields I decided to take a quick snack-break under the gnarled and ancient Milkwood Trees that claimed the entrance to the reserve. A scuffling in the leaf litter nearby had me searching and being rewarded with excellent views of an endemic Southern Tchagra pair that hopped about in the undergrowth, flicking leaves aside to peer intently underneath them for some wriggling tasty morsel. Cape Robin-Chats, Sombre Greenbuls, Fiscal Flycatchers and a Bar-Throated Apalis pair also filtered past through the trees and a soft repetitive tapping on a dead log showed where a male Knysna Woodpecker was feeding. It is not often that good views can be had of this species and I was very fortunate to be able to spend a good half-hour watching and photographing this particular bird. 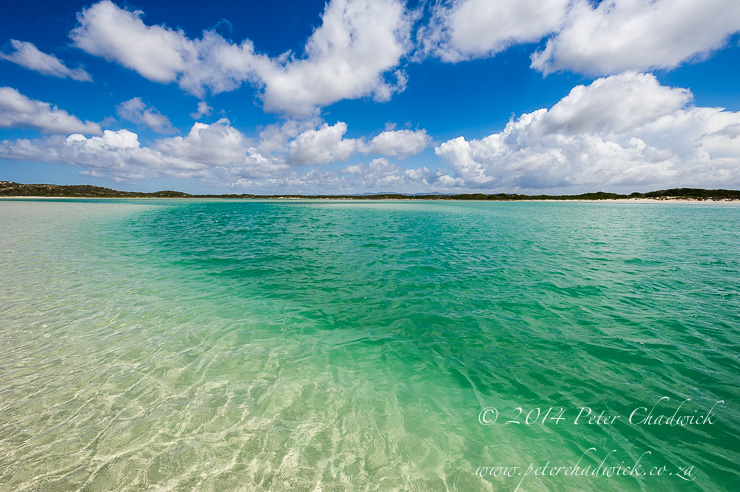 4 of 11: The clear waters of the Heuningness River Estuary.

Sufficiently refreshed, I wandered across the wooden swing bridge disturbing a large female Giant Kingfisher that took to flight and sped rapidly upstream out of sight.  The start of the Sterna Trail on the far side of the bridge climbed steeply to a lookout point from where excellent views of the river snaking its way towards the estuary mouth and into the sea could be had. Greater-Striped Swallow, Rock Martin, Pearl-Breasted Swallow and Barn Swallow flocks circled around me, chasing an eruption of midges that were snapped up by the hungry birds. Continuing along the trail, patches of flowering Erica’s and Proteas attracted brightly coloured male Orange-Breasted and Lesser-Double Collared Sunbirds to their nectar rich flowers. Green and black Protea Beetles clambered about clumsily in the large flower heads of the proteas and all along the trail, spiders webs were spun across vantage points and in some these, large female Garden Orb-Spiders sat patiently in the center of their webs, waiting for an insect to become ensnared in the sticky threads of the web itself. Cape Bulbuls, Common Fiscal, Bokmakierie, Yellow Canaries, Cape Grassbirds, Karoo Prinia’s and White-Throated Seed-Eaters were all sighted as I wound my way through the coastal fynbos before the trail dropped back down onto the beach again. 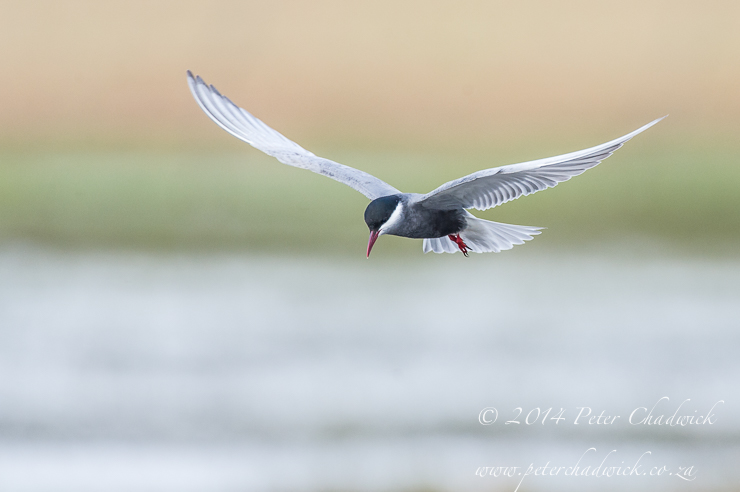 Stopping on the crest of a dune, I spent several minutes scanning out to sea, being rewarded with sightings of Bottlenose Dolphins speeding between and riding the curling waves as they broke. Further out to sea Cape Gannet flocks plunged deep into the waters and Kelp Gulls and Sub-Antarctic Skuas followed in their wake picking up any discarded catches. The deep white sands that were flushed with breaking waves stranded large floppy pinkish-purple jellyfishes.  As these gelatinous masses were washed higher up the beach, hundreds of ploughshare snails appeared almost miraculously from underground. This miniature army marched determinedly towards their gigantic meal and were soon clambering and covering the doomed jellyfish, probing long stabbing mouthparts deep into the flesh and sucking out the contents. 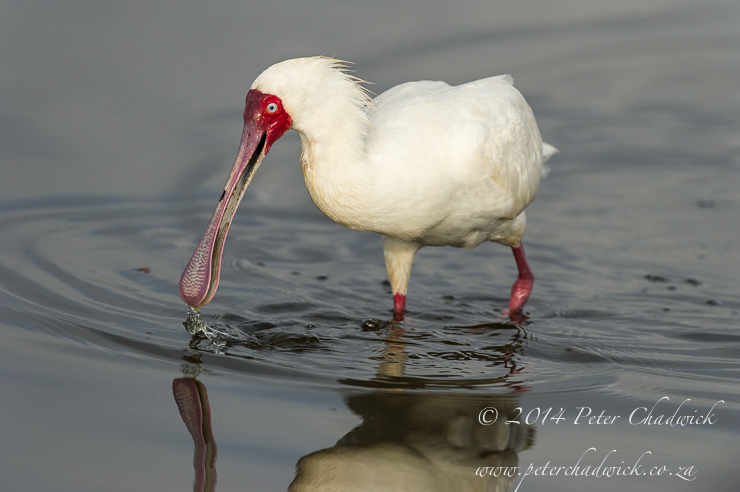 As the seven kilometres neared their end, I again found myself near the mouth of the estuary and in the time that had passed since I was first here, a flock of two-hundred plus Cape Cormorants had arrived and were now roosting on an open sand bank. In amongst their ranks, larger White-Breasted Cormorants towered over their smaller relatives, flapping the wings and preening extensively. Little Egrets and Grey Herons stood patiently waiting for a passing fish and Blacksmith Lapwings and Black-Winged Stilts were seen in even shallower waters. Stopping to slug at the remaining sips of water from my water bottle, my delay was rewarded with the sighting of a bird species that I had really hoped to see while at De Mond Nature Reserve. Over the middle of the estuary, two smallish almost white birds hovered and then stooped into the waters briefly before flying strongly towards me and allowing awesome views of a Damara Tern pair. 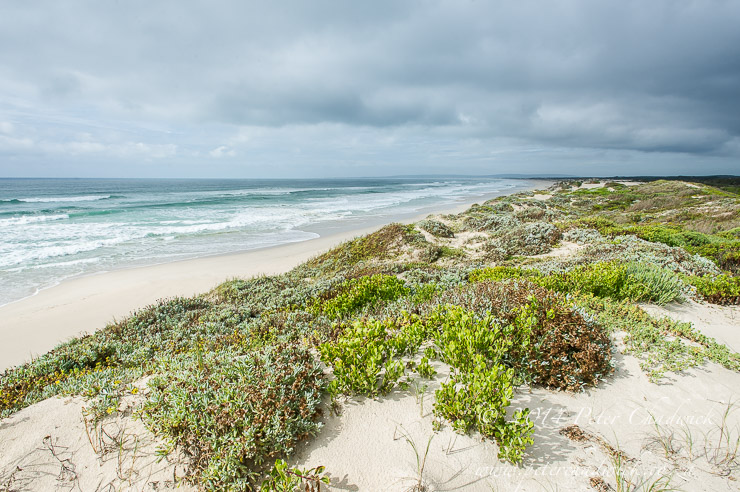 7 of 11: The picturesque coastline of De Mond Nature Reserve.

On an absolute high from the mornings exercise and birding, this small coastal reserve blew me away with what it had offered in terms of diversity of habitats, species and photographic opportunities and given that it lay within half an hours travel of where I lived, I would definitely become a regular visitor to it. 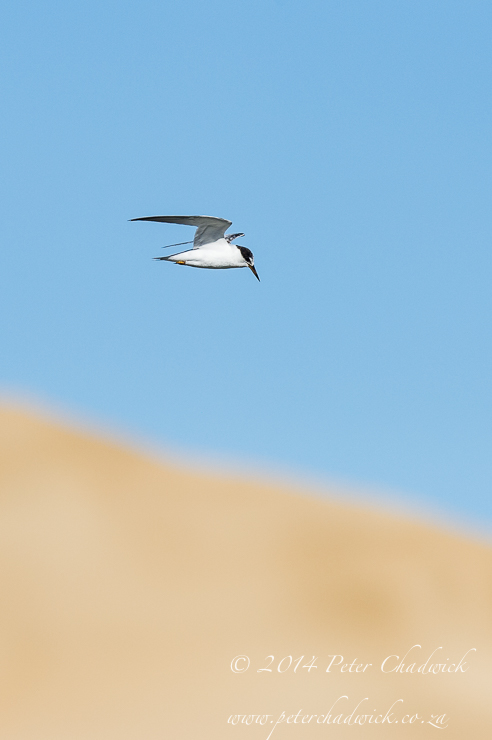 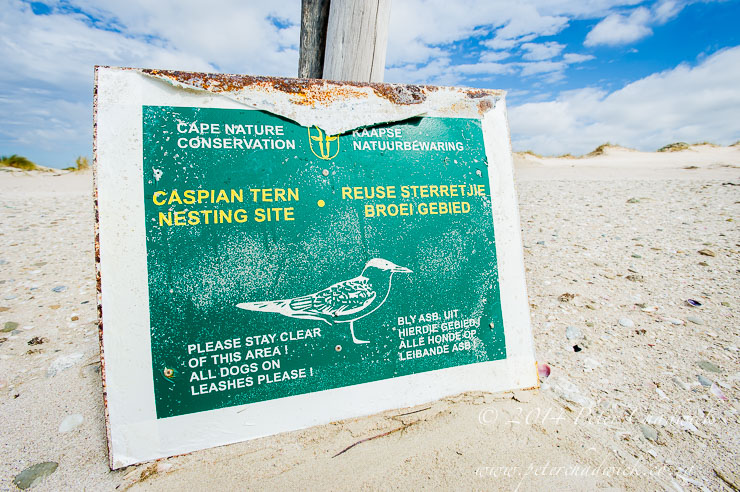 Habitats:
The 954-hectare De Mond Nature Reserve is centred around the Heuningnes River, saltmarshes and estuary and sections of coastal beach and dunes. Coastal fynbos and Milkwood thicket are found in the interior of the reserve. 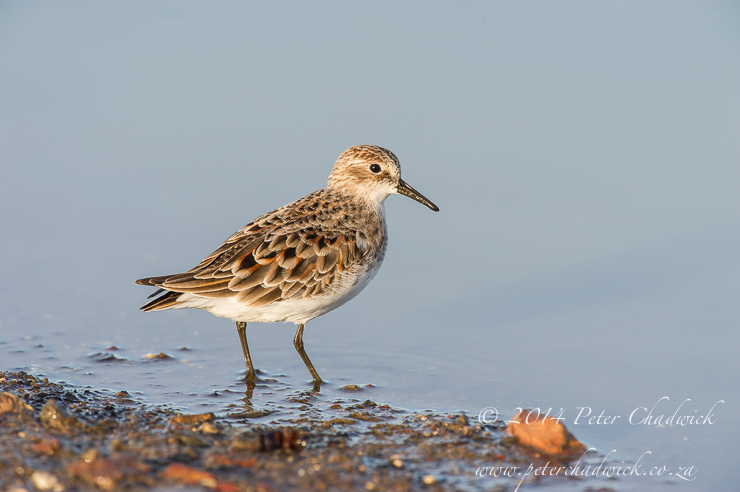 Accommodation & Activities:
The 7km Sterna Trail leads from the office complex across riparian vegetation and coastal fynbos before joining the beach and leading back past the river mouth and saltmarshes. Both freshwater and marine angling is permitted with a permit. Overnight self-catering accommodation is available in a cottage that sleeps six 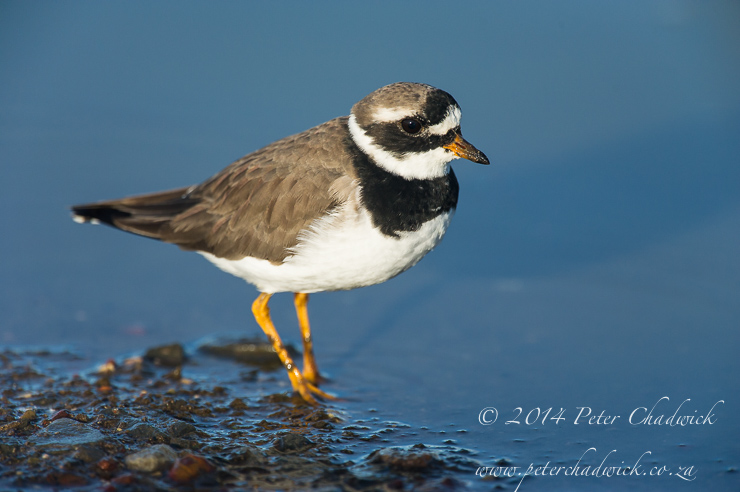 Closest Town
Arniston
Getting There
De Mond Nature Reserve lies about 26kms south east of Bredasdorp between Arniston and Struisbaai. The reserve may be approached from either the R319 to Struisbaai or the R316 to Arniston. Both routes are well sign-posted