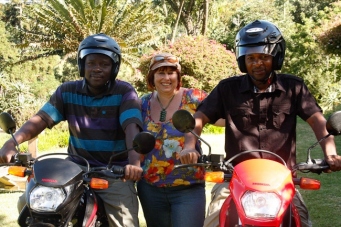 These brand new Honda XR125 scramblers were bought to empower these Bird Guides to expand their guiding businesses, undertake avian research and conservation projects and maintain the Community Campsites, Golwe and Gundani.

Neither Samson nor Christopher had ever been on a bike before, but after receiving intensive training from biking expert, Trevor van Niekerk, they rode from Kurisa Moya to Haenertsburg gaining the skills of riding on public roads. 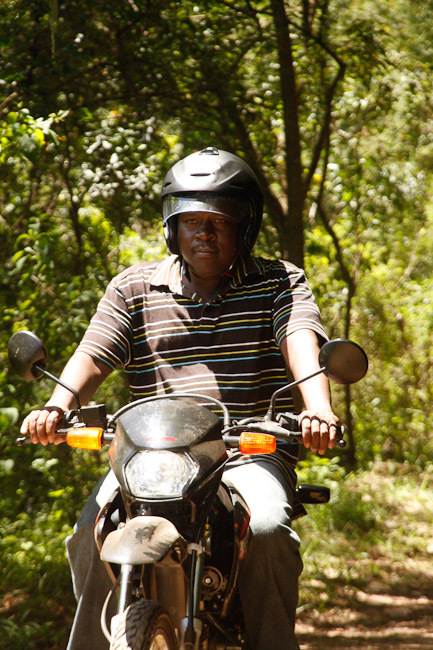 Samson (Left) took on board Trevor’s advice to feel the bike as an extension of his body and soon he was riding with balance, confidence and style.  Cheered on by Lisa Martus-de Boer and fellow guides, David Letsoalo and Paul Nkhumane, Samson roared off down the road through the forest where he had been birding hours earlier.

Christopher (bottom right) practiced his riding as if it were a musical instrument and just got better every time.  Riding home to Venda where he was received like a hero, Christopher now has big dreams for his future.

For the Trustees of the Ben de Boer Trust, it is moments like these that keep Ben’s passion alive.  By giving the Limpopo Bird Guides wings to fly, their lives have taken a different course.  Ben would be thrilled.  Thanks to everyone who donated to the Ben de Boer Trust which has empowered the Limpopo Bird Guides in so many ways.  And thanks to Martin Taylor of BirdLife South Africa who has supported us every step of the way.

Ben de Boer had passion – he loved snakes and bugs, rocks and creatures, trees and mountains...... but most of all, he was passionate about birds.  Whether they were big and showy like the Knysna Turaco or small and dowdy like the cisticolas, he wanted to see them, photograph them and ‘tick’ them.  He would happily crawl through the undergrowth or endure a morning at the sewerage works or climb up a cliff to see these birds and was known to do a little jig and click his heels together after a particularly good sighting of some lesser-spotted-greater-chested-buffy-spotty- something.

The only thing he could get more passionate about would be the people behind the birds, the local bird guides.  Ben spent days tracking down potential guides in remote villages, training these enthusiasts in the classroom and out in the field and then getting them out there into the world of twitchers and other lunatics who had caught the fever of bird-spotting. 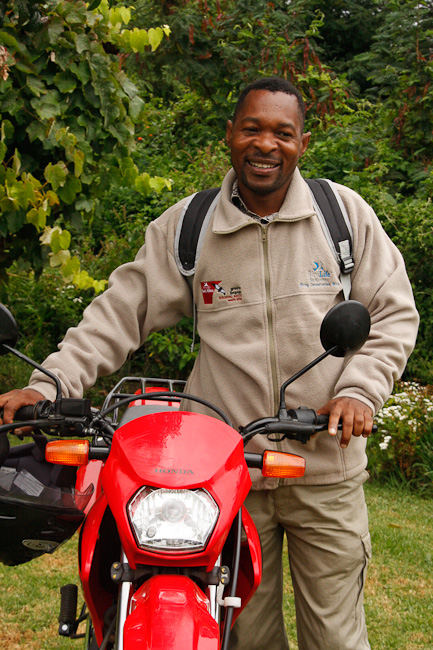 Ben was the manager of the Greater Limpopo Birding Routes and he loved his job.  He developed routes, maintained Important Bird Areas, researched birding hotspots, built up community campsites and put birders together with local guides.  He ran events showcasing Limpopo’s secret places and avian treasures as well as the people who spotted these birds and protected them.

When Ben died on the 1st of August 2009 of a brain aneurysm, there was such an outpouring of grief and loss, family and friends wanted to honour his memory in a positive way and continue his good work.  The Ben de Boer Trust was formed and many generous donations were received from all around the world.

Our vision is to assist and support the Limpopo Bird Guides whom Ben loved and admired so much, and to provide opportunities for these talented young men and women to receive further training and mentoring, get logistical support, develop business skills and ultimately be able to spread their wings and fly.

To date, thanks to the generosity of those who loved and respected Ben and his work, the Ben de Boer Trust has sent guides on various specialist courses to develop their skills, has successfully run training workshops with local experts, experienced bird-ringing and atlassing, begun research projects and assisted guides with the logistics of their profession.  We would like to be able to broaden the scope of the bird guides’ experience by giving them experiences in different habitats and even on pelagic trips along South Africa’s coasts.  Given the opportunity, we would love to see them travel to neighbouring countries too.  The sky is the limit for these talented young people.

Thank you for your generous donations which have enabled the Limpopo Bird Guides to create a future for themselves, a dream envisaged by their mentor and friend Ben de Boer.