The Pygmy Falcon And The Sociable Weavers Hot 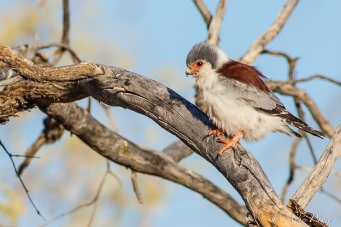 The first time I spotted a Pygmy Falcon in the Kgalagadi it appeared to be hunting sociable weavers or so I thought. It did occur to me that this little falcon was always to be found in close proximity to social weaver nests though. As it turns out I was both right and wrong!

The Pygmy Falcon (Polihierax semitorquatus) is one of the smallest raptors in Southern Africa. And you guessed it, it is dependent on the communal sociable weaver nests for nesting and breeding sites. 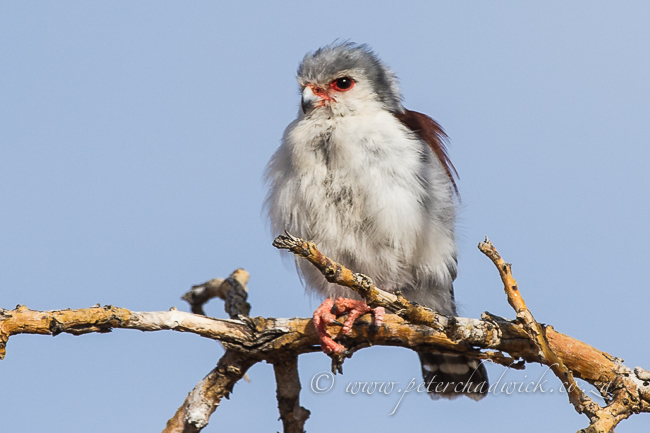 There is a clear distinction between males and females. The females have a clear chestnut back. The males are grey above. 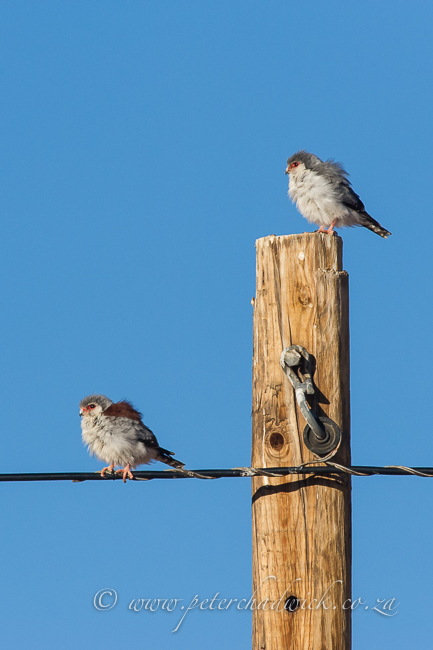 I had spent a few hours observing the comings and goings at these large communal sociable weaver nest masses and was intrigued by the regular presence of pygmy falcons in and around these communal nest sites. 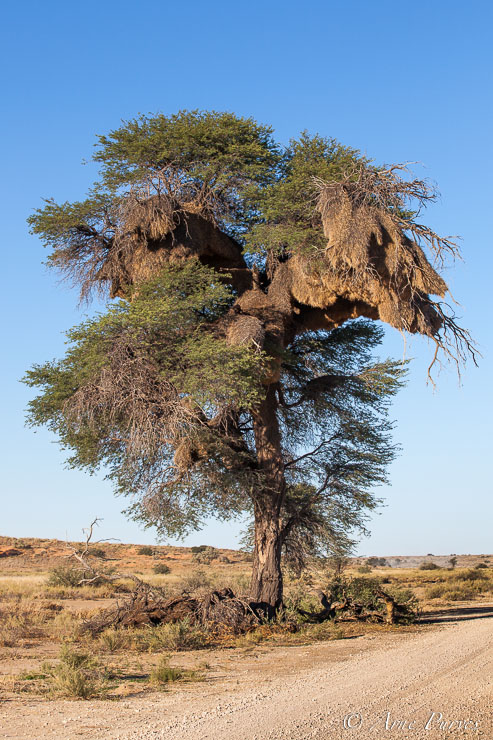 3. A sociable weaver nest mass in the Kgalagadi 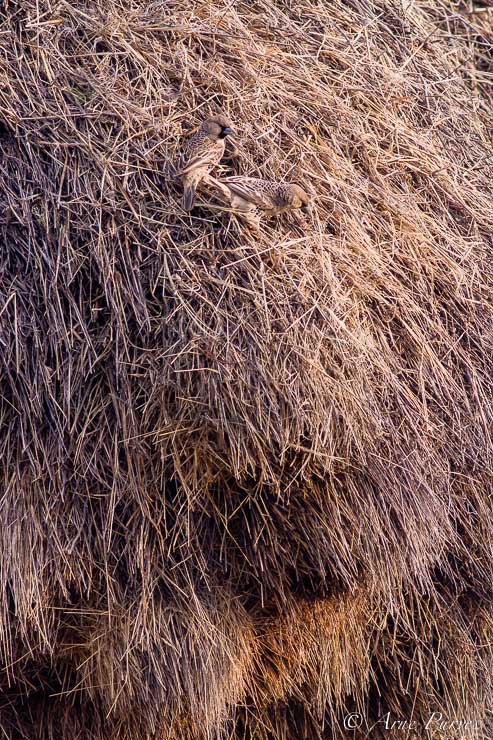 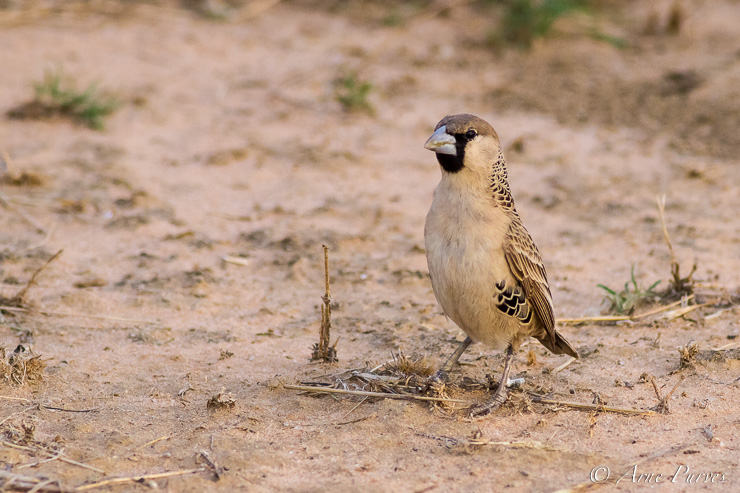 5.  A sociable weavers on the ground in the Kgalagadi

These tiny falcons feed primarily on small rodents, reptiles and insects. Many of which frequent the ground beneath the sociable weavers nests, feeding on dropped seeds. 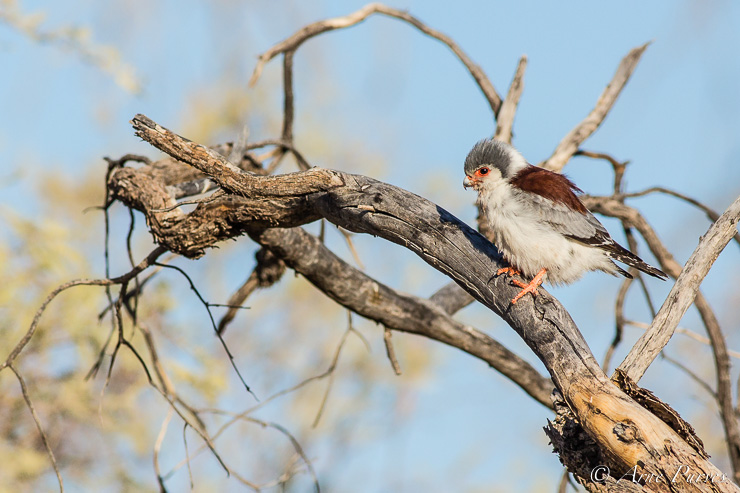 6.  A female pygmy falcon eyes the ground for prey in the Kgalagadi 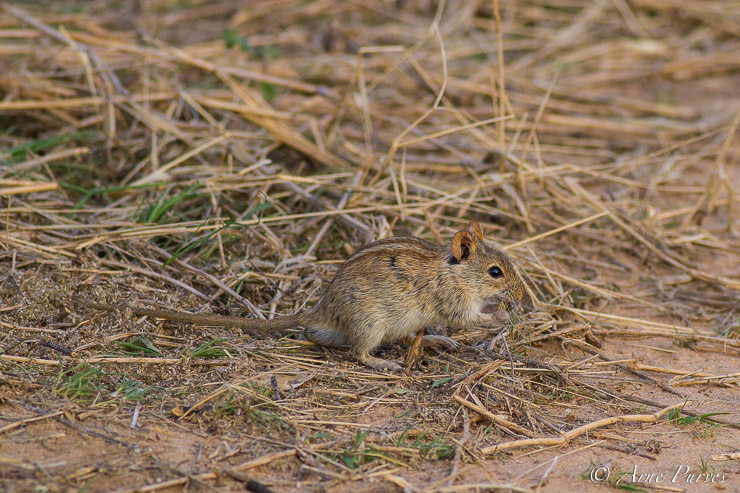 7.  A four-striped mouse feeding on the ground beneath a weaver nest in the Kgalagadi

The Kgalagadi is a showcase of animal interactions and co-dependancies. It would seem that the sociable weavers tolerate the pygmy falcons in their nests as they serve as guardians and protectors from potential threats like snakes and other raptors. The falcons benefit from the nest and the protection it provides as well as a high density of prey in close proximity to the nest site. 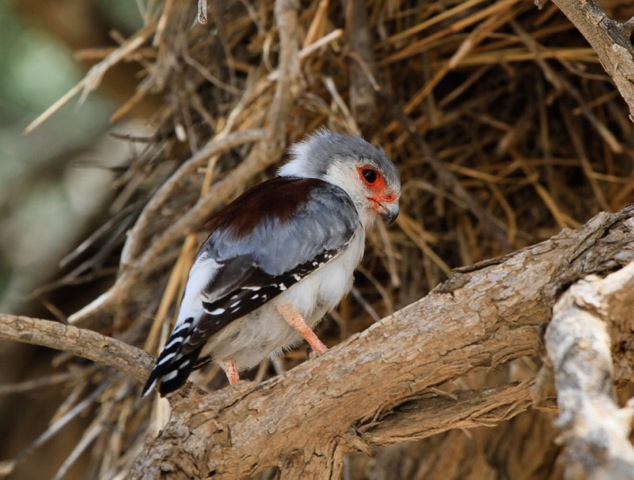 8.  A female pygmy falcon sits at her entrance to a sociable weaver nest in the Kgalagadi ©Mathew Prophett

So why then would the pygmy falcons feed every so often on the sociable weaver fledglings? Seems a bit rude? This behavior has been documented previously, but appears to be an infrequent occurrence. On one occasion I observed a pair of pygmy falcons appearing to attempt to feed on sociable weavers. At the time I assumed they were actively hunting the weavers, but was not sure and did not see them catch any. The weaver colony was extremely agitated at their behaviour though. 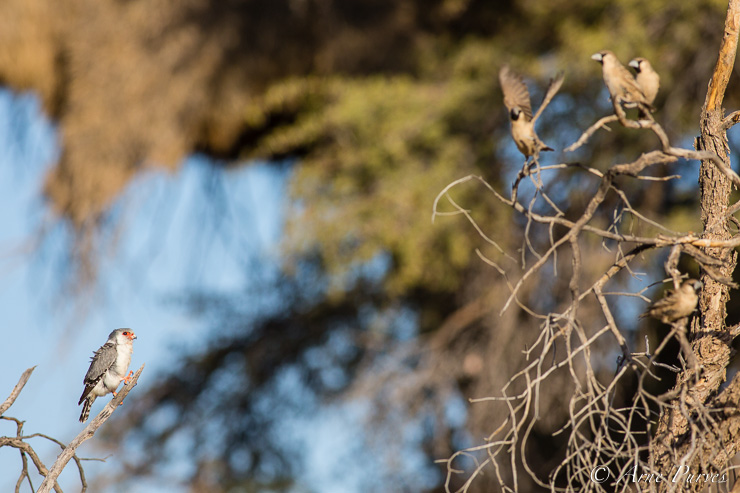 9.  A female pygmy falcon eyes out sociable weavers beneath their nest in the Kgalagadi 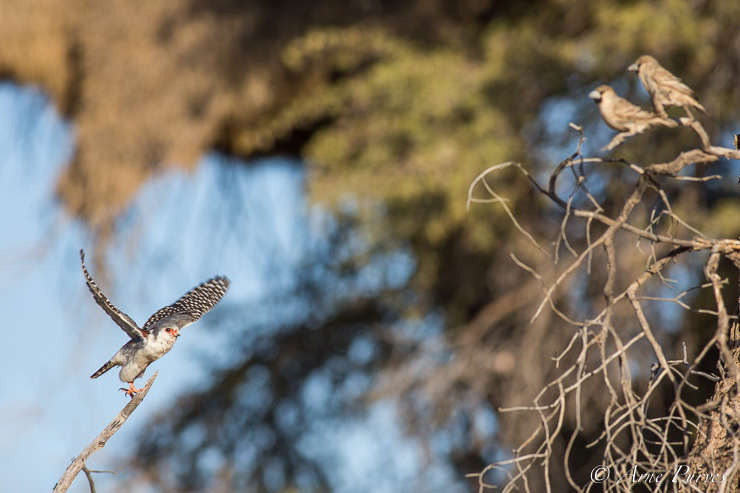 10.  A female pygmy falcon flies towards sociable weavers beneath their nest in the Kgalagadi

It has also been documented that when predation does occur, the sociable weavers sometime start abandoning their nest site and migrate to another colony close-by. On my last visit I captured images of a pair of pygmy falcons feeding on what appears to be social weaver fledglings. 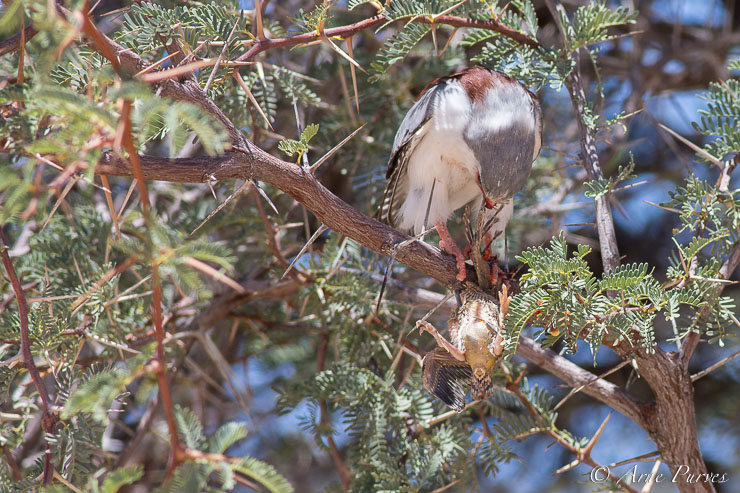 11-14.  A female pygmy falcon feeds on a sociable weaver fledgling in the Kgalagadi 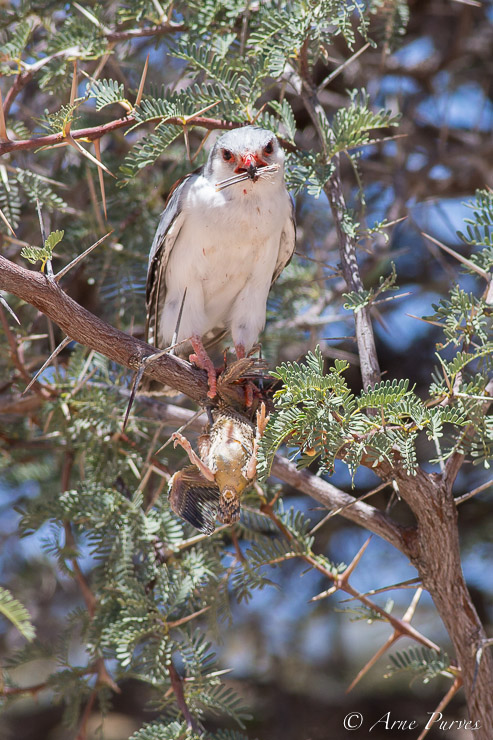 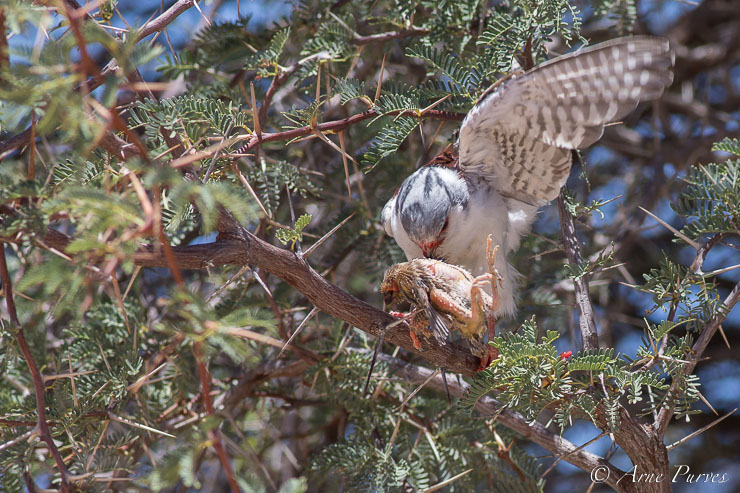 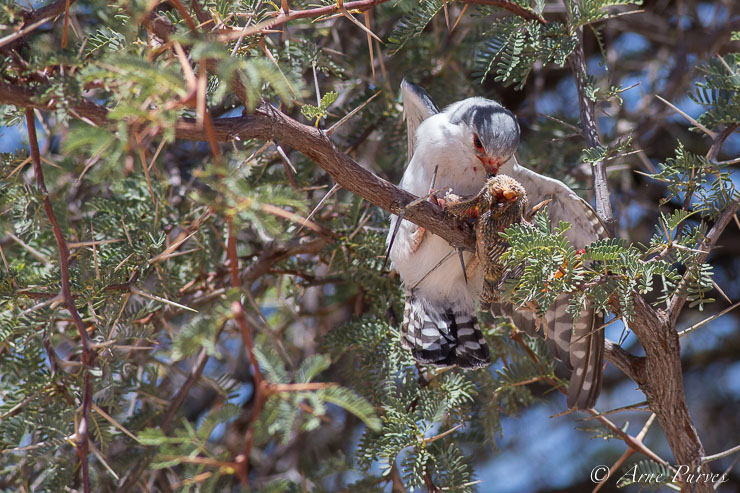 Some studies suggest that the presence of the pygmy falcons increases the reproductive success of the sociable weavers which could out weight the occasional "raiding of the pantry" by the pygmy falcons.

Still a fascinating interaction and codependency that requires a little more study.

What strange behaviors have you observed?