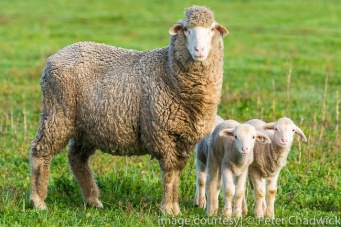 Lying literally "over the berg" from Cape Town, the Overberg district includes the towns of Caledon, Bredasdorp and Swellendam as well as the coastal towns of Hermanus and Struisbaai.

The area is an extremely viable agricultural area and will be the focus of attention at the annual Agri-Mega Week that will be held at Bredasdorp between the 12th to 15th September 2012. This agricultural show aims to bring the producers, supplier and general public together to promote sustainable agriculture.

Fresh water is abundant, allowing for a diversity of agricultural activities that includes fruit and vegetable cultivation, grain production and the farming of sheep, cattle and ostrich as well as the breeding of horses. South Africa's second largest lake system, the Soetendaals Vlei is also found within its borders.

The Overberg has numerous threatened habitats encompassed within its boundaries, including the Renosterveld which only remains in isolated pockets between agricultural lands. Efforts are underway by conservation agencies and NGO's, including the Flower Valley Trust to work with land owners to ensure sustainable agricultural practices that can protect the remaining Renosterveld patches.

As well as being home to numerous protected plant species the Overberg is also home to the Bontebok, Agulhas-Long Billed Lark and South Africa's national bird the Blue Crane. 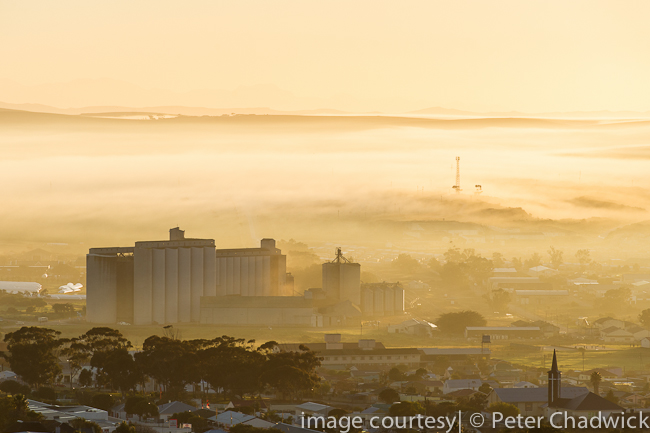 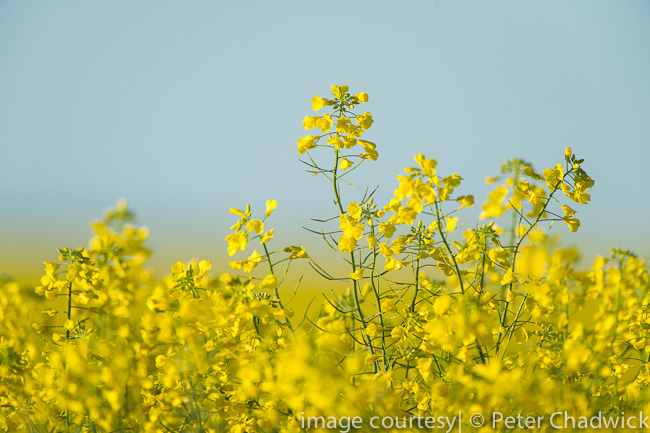 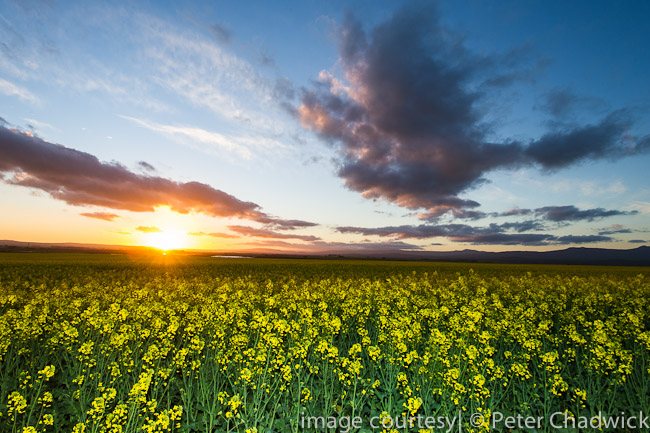 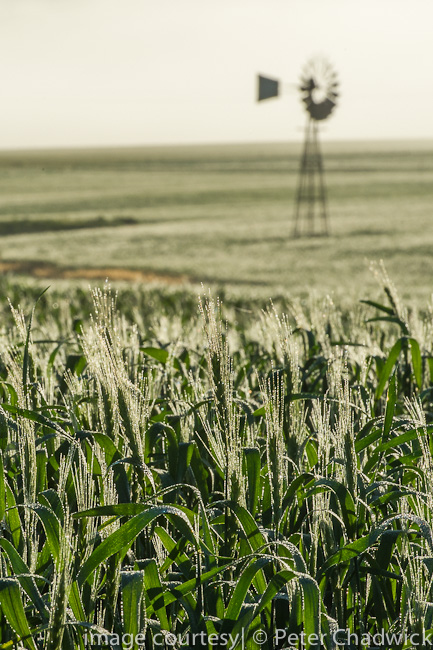 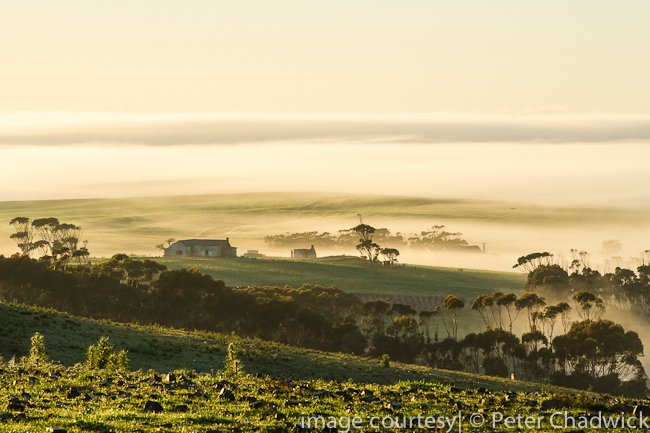 An Overberg farmstead as dawn rises over a misty valley 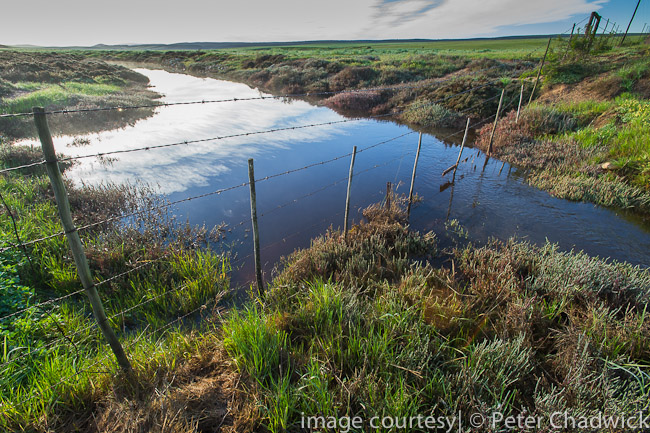 Wetlands abound in the Overberg and many run through threatened habitats 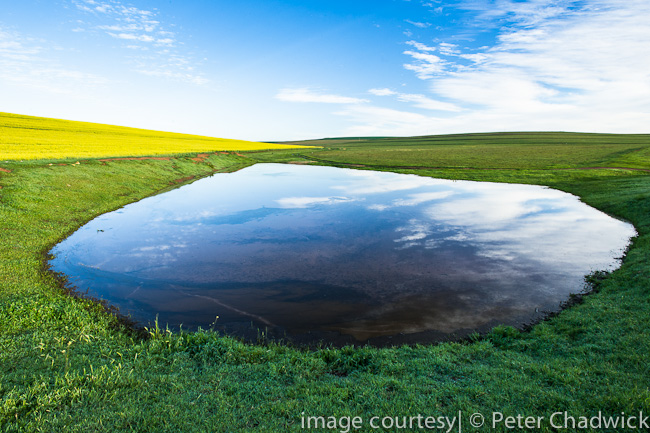 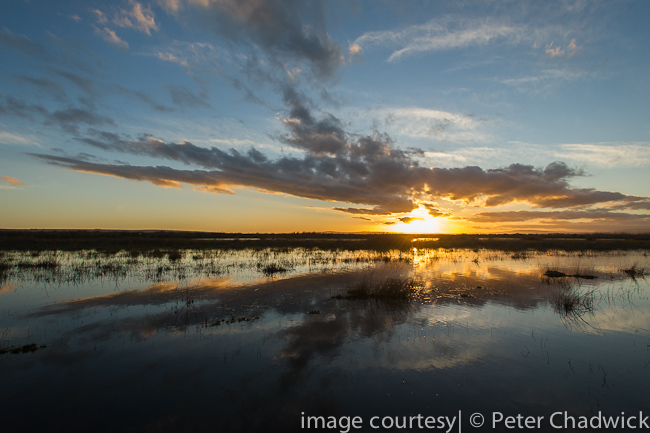 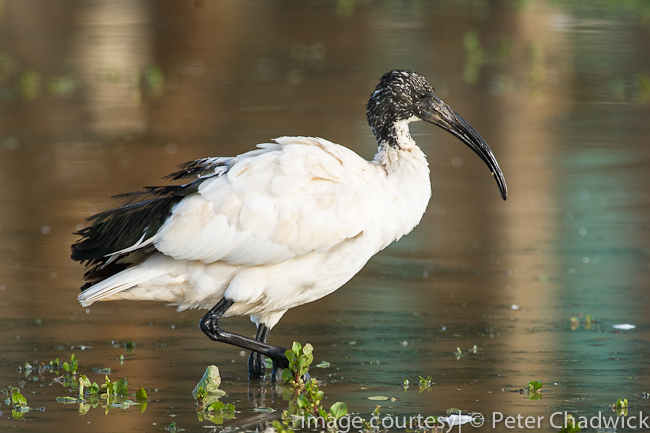 Numerous waterbirds, including this African Sacred Ibis can be found amongst the wetland system of the Soetendaals Vlei 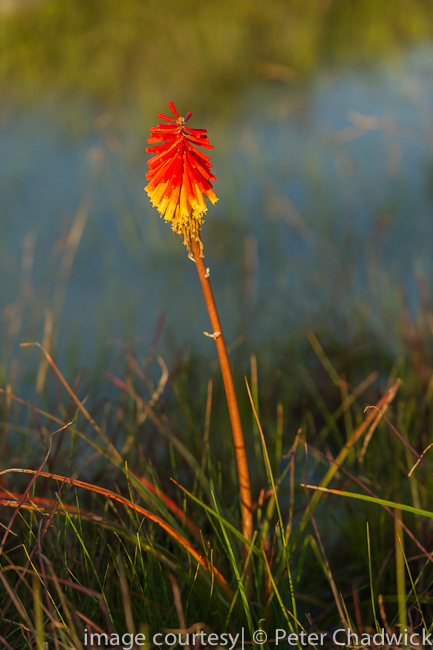 The Overberg falls within the Cape Floral Kingdom and many of the species found in the area are endemic and also occur on the Red Data List. Here, Red Hot Pokers grow on the edges of the Soetendaals Vlei 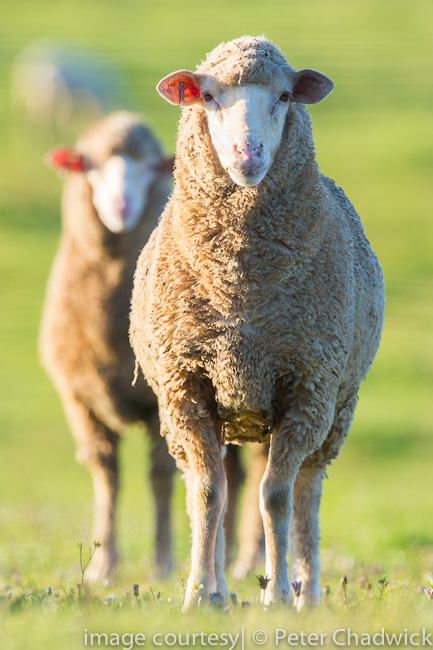 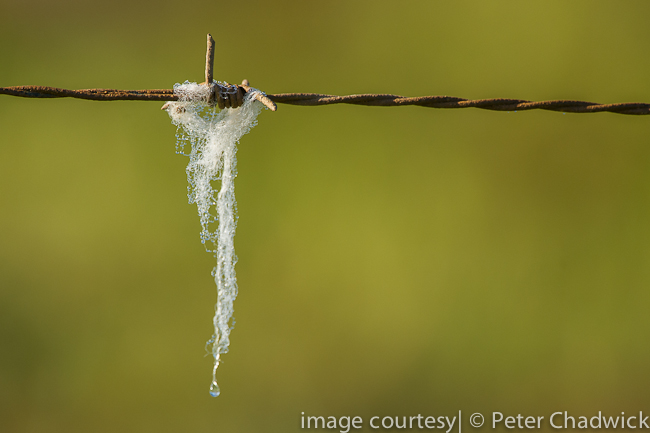 A strand of sheeps wool hangs on a barbed wire fence, capturing the dew from the early morning 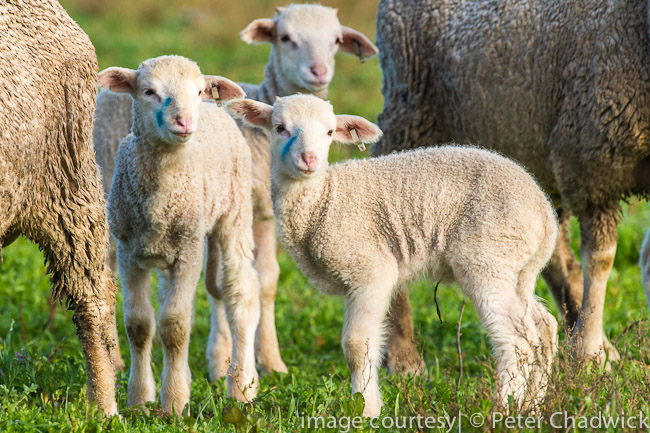 New born lambs stand in close protection of the mothers, in a specially protected field 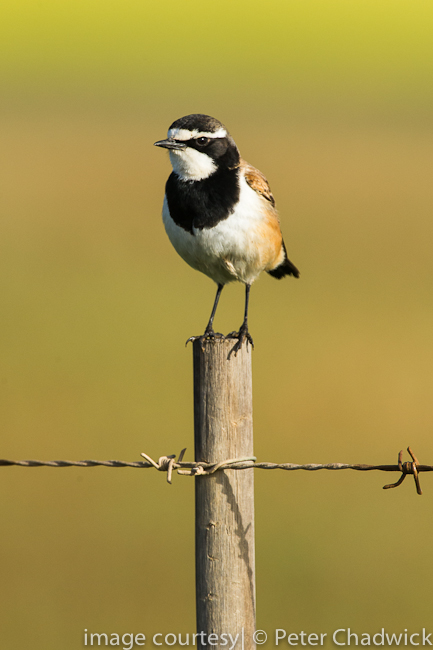 The farmlands of the Overberg provide good birding opportunities, with many of the birds using the farm fence posts as lookout points. Here a Capped Wheatear uses the fence post to look out for insect prey. 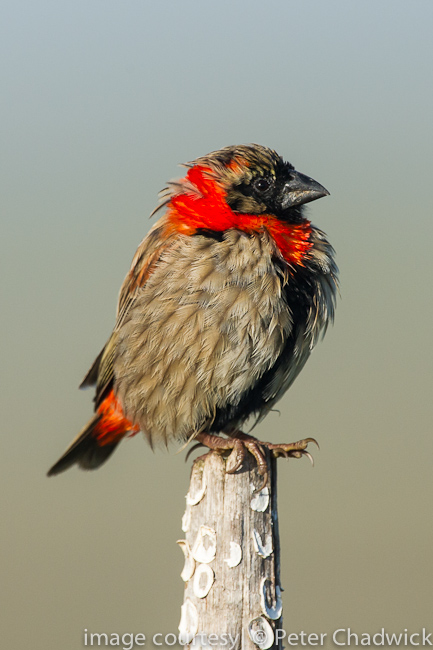 The grain fields of the Overberg attract large flocks of seed eating birds including canaries and bishops. Here a male Southern Red Bishop in ecliptic breeding plumage perches on a fence post 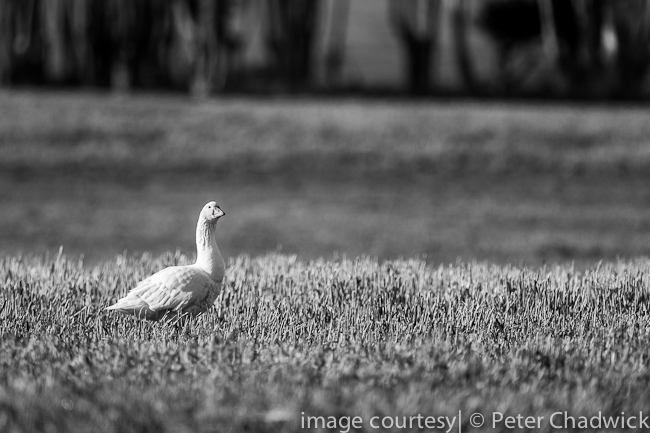 Flocks of geese wander the fields around farm homesteads and are used for their down feathers. A newly born calf staggers to its feet and under the protective eye of its mother. 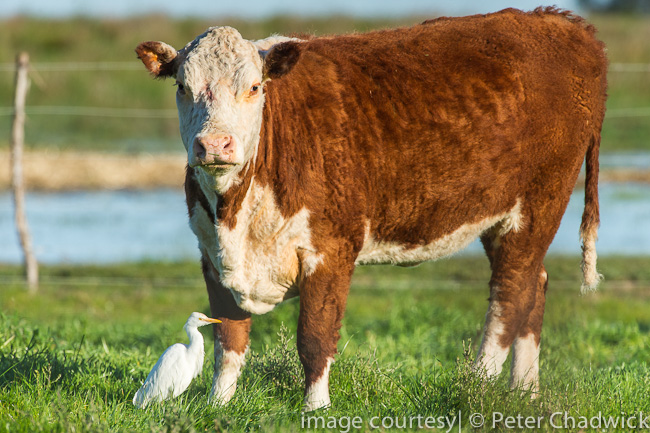 Both dairy and beef cattle are farmed within the Overberg 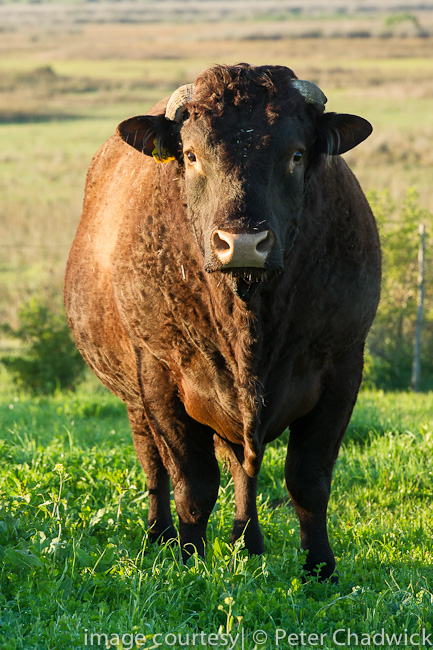 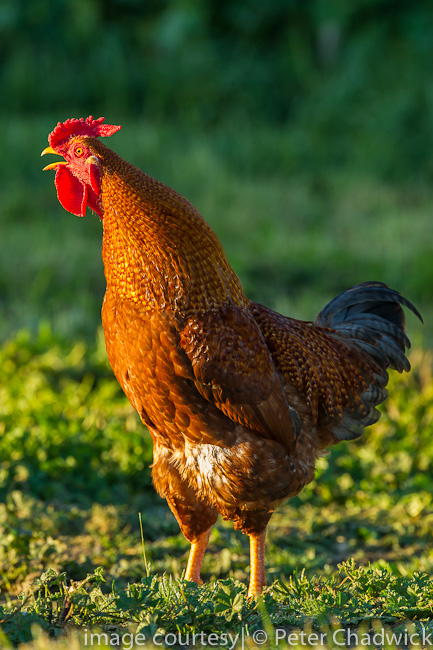 A cokerel crows in the early morning light, close to one of the Overberg farmsteads 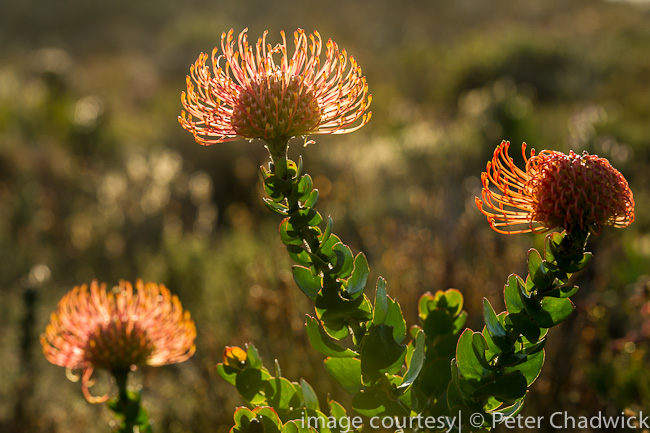 Many of the fynbos flowers are sustainably harvested in the Overberg and are used almost exclusively for the export market. Here Leucospermum cordifolium are backlit in the early morning sun 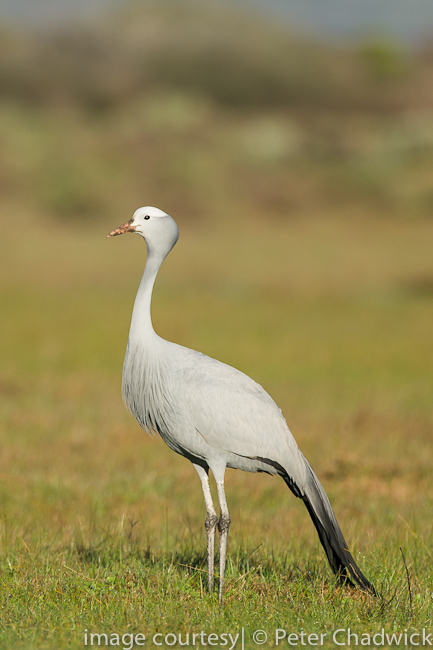 South Africa's national bird the Blue Crane can be seen in large flocks throughout the Overberg and this is probably the best place in the country to view these birds.

Images and text by Wildlife and Conservation Photographer Peter Chadwick