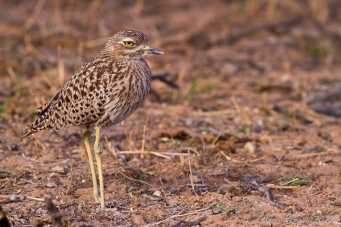 The 30th December would be our last morning in the park and we headed off at 05h20, determined to have a fantastic last drive out on the Mata-Mata road. Well… we were so rewarded!

With 10 minutes to spare before we would be allowed out of the gate we drove up to the top of the camp to watch the sunrise, and what a sunrise it was! 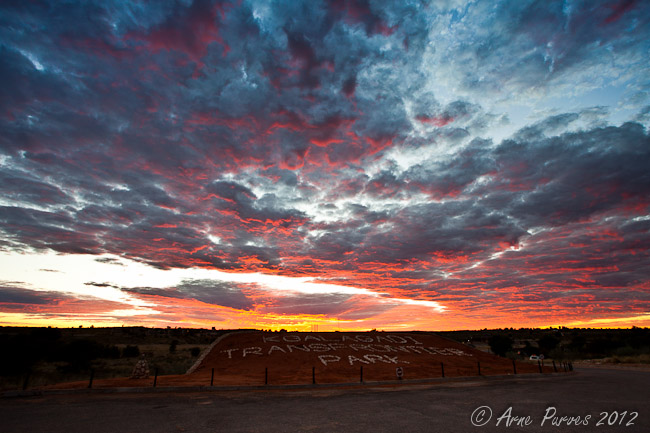 Our very first sighing was of a large heard of springbok kicking up the dust and running around in a panic as a lioness came bounding into the middle of the herd! She appeared to have attempted a hunt, but failed, and subsequently gave up, simply walking on through the herd!

The springbok were in a panic! It was so exciting to see! 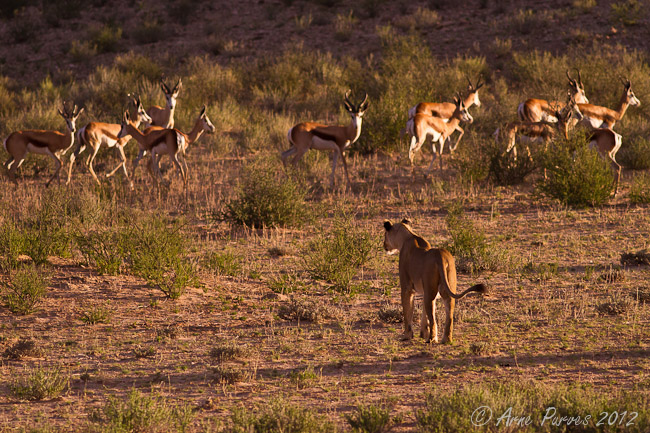 Not long afterwards we spotted a female leopard and her adolescent cub relaxing outside their den in the old elevated banks of the Aoub river. 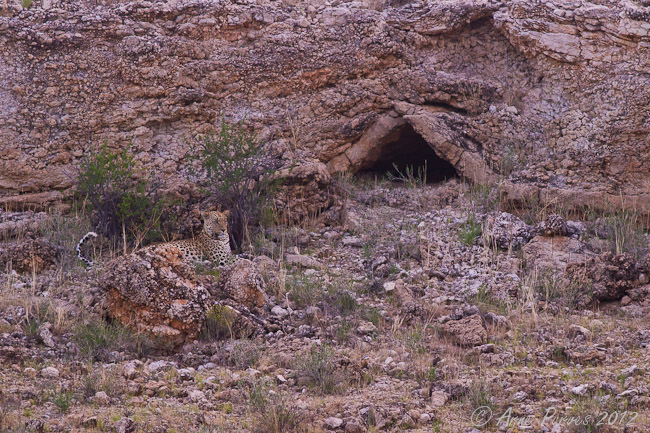 Soon after that we came across one lioness and two young males around a water hole. They were playing and teasing each other, mock fighting and rolling around in the dust.  A fantastic sighting indeed!

Then, a few kilometers down the road we spotted a female cheetah resting in the shade of a tree with her two teenagers.

And finally a swarm of Red Billed Quelia’s trying to take a drink at a water hole. We watched them for ages, and on several occasions witnessed Goshawks swoop down in an attempt to catch them as they made their approach to the water hole. 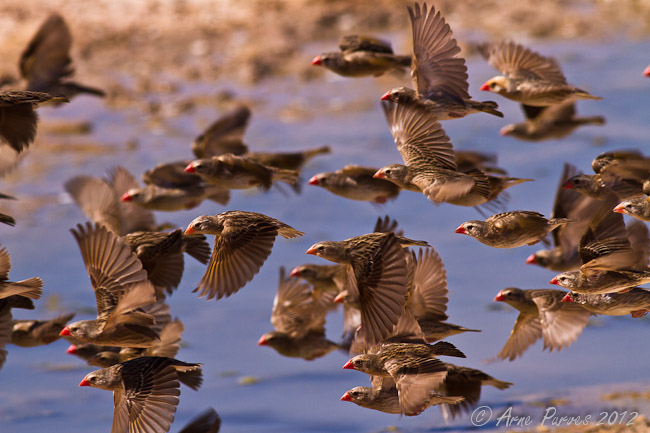 So all in all our last morning was truly rewarding and on our drive back to camp we were already planning our next visit!

We left Tweerivieren at 1pm and drove for 10 hours until we reached Klawer on the N7, where we spent the night in the car at the Engen 1-Stop.  The only bonus of this overnight stop was being able to roll (crawl actually) out of the Landy at 5am the next morning and walk ten steps to order a Wimpy coffee! 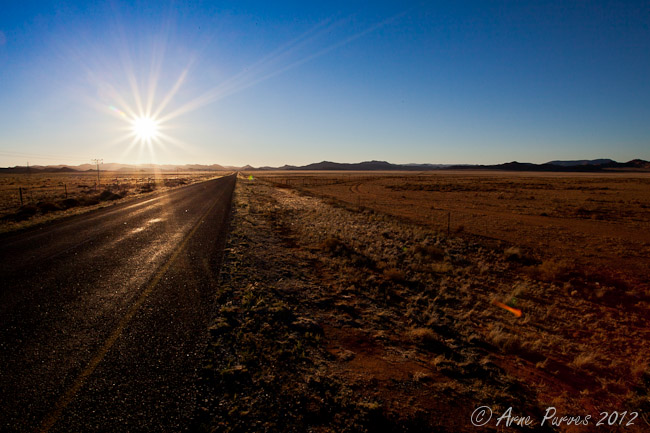