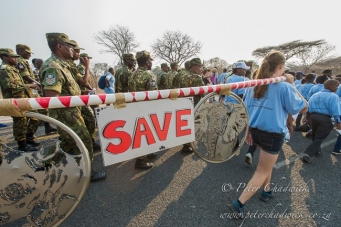 On the 4th October 2014, the Global March for Elephants and Rhinos took place across 136 cities and towns across six continents. Thousands marched to pressurise governments to do more to stop the rampant wave of poaching that is decimating African Elephant and Rhino populations. In Kasane in Botswana, Elephants without Borders led one of the more poignant and meaningful marches. Here, people's lives are directly impacted upon on a daily basis by African Elephants.

For the people living in the big cities of New York or London, it is very easy to march for a cause that actually has little impact on their daily lives. This does not devalue their contribution and it is imperative that as much awareness as possible is raised about the terrible plight that our wildlife and environment is facing. However, in Kasane, African Elephant are a constant in people’s lives and activities and lifestyles are moulded around these magnificent animals. On the one hand, the elephant attract thousands of tourists to the banks of the Chobe River and support a thriving tourism industry that also provides employment for many. On the other hand, the elephant move freely through the town and each year a few people are trampled when people and elephant meet accidentally. In the rural outskirts, crops that provide food for families are destroyed in a single night by marauding elephant and it is then very easy to have a different viewpoint towards these animals. 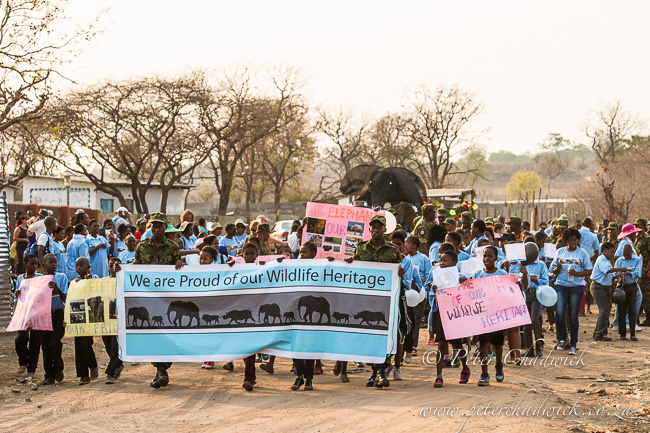 1 of 12: A large percentage of the town of Kasane in Botswana arrived for the Global March for Elephants and Rhino.

These realities of living alongside African Elephants made the Global March for Elephants and Rhino’s so much more meaningful and it was extremely encouraging to see over 350 people from all walks of society joining in on the march. School children led the procession through the town and were joined at the front by members of the Botswana Defence Force who are at the frontline of undertaking anti-poaching patrols and dealing directly with preventing elephant and other poaching. Department of Wildlife and National Parks were also in proud attendance together with tour operators and other community members. Kasane Spar provided cool drinks and snacks for all at the end of the walk and it was encouraging to hear council and military support for future events to protect the wildlife heritage of Botswana. 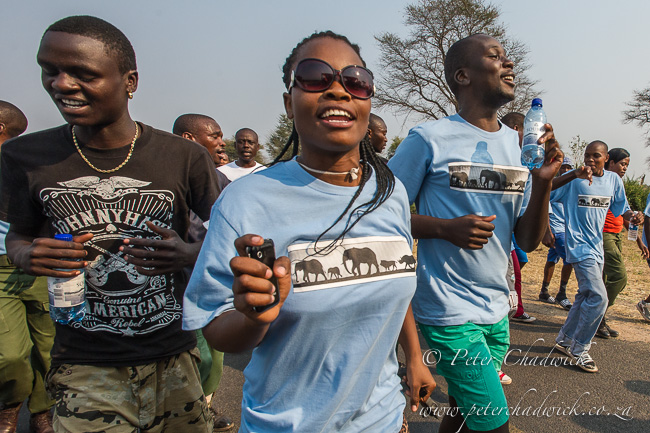 2 of 12: The Kasane Global March for Elephant and Rhino was attended with an extremly positive and supportive spirit and jubilance.

I was in Kasane on the day of the March together with Pangolin Photo Safari’s that was running one of their “Better Wildlife Photography Courses”. After completing the march ourselves, we all then climbed on board one of the specially designed photographic boats and headed up river in search of photographic subjects. We were totally unprepared for the incredible sightings of over 300 African Elephants crossing the Chobe River from the Botswana side to either feed on the lush green grasses of the islands or cross directly into Namibia. Watching the playfulness and socialness of the elephants as they crossed was soul moving and yet as we watched the elephant, a camouflaged helicopter flew behind us with a team of Defence Force members heading out on their next anti-poaching patrol. Watching the elephant also moving between two countries showed the importance of larger conservation initiatives and strongly supports the work the Elephants Without Borders is doing. All of this really put into perspective the value of the day and the global drive to raise awareness for the protection of Africa’s greatest heritage. 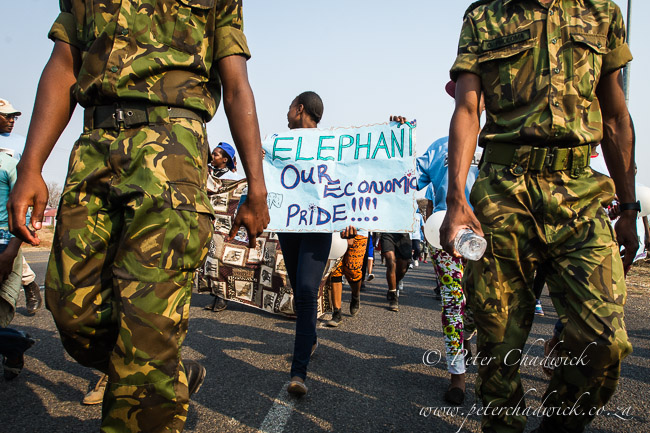 3 of 12: The Botswana Defence Force proudly participated in the Global March for Elephants and Rhinos and are at the front line of defending African Elephant populations from poaching. 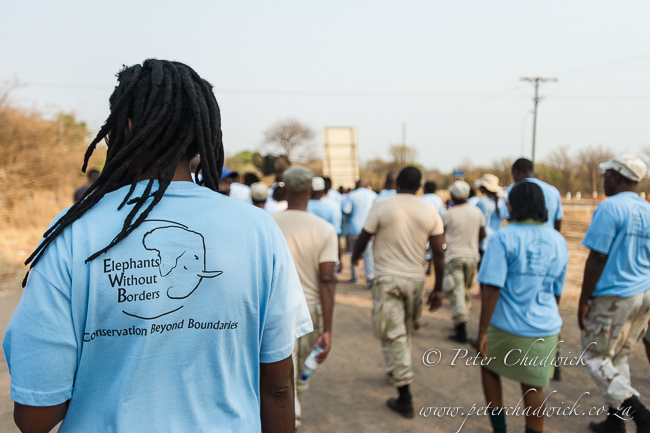 4 of 12: The highly successful Global March for Elephants and Rhinos in Kasane was organised by "Elephants without Borders". 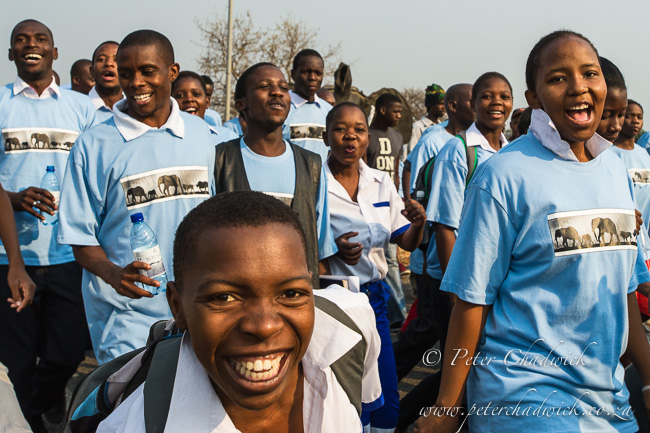 5 of 12: Children and the youth were at the forefront of leading the Global March for Elephant and Rhino in the Botswana town of Kasane. 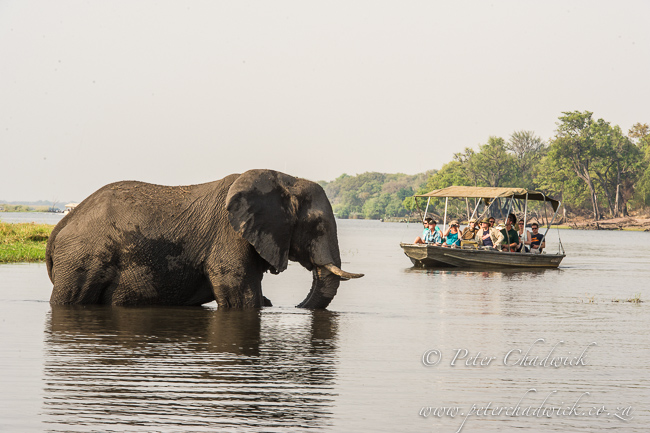 6 of 12: Tourism is one of the driving ecomomic activities for both Namibia and Botswana in the region of the Chobe River and African Elephants are the major drawcard for this thriving industry that provides employment opportunities for many. 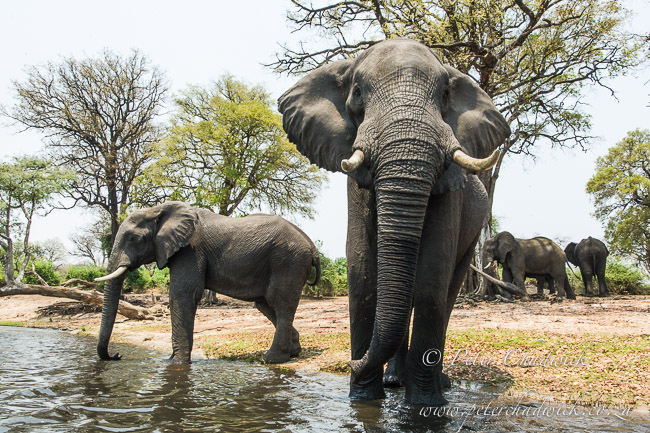 7 of 12: A bachelor herd of African Elephants drink on the banks of the Chobe River providing excellent value for photographers that come to the Chobe from across the globe to photograph these elephants. 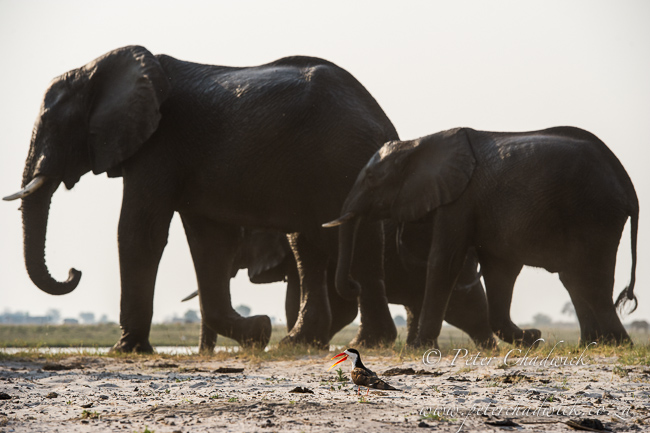 8 of 12: Protecting the habits of African Elephants also protects many other endangered species such as the African Skimmers that nest on the islands within the Chobe River. 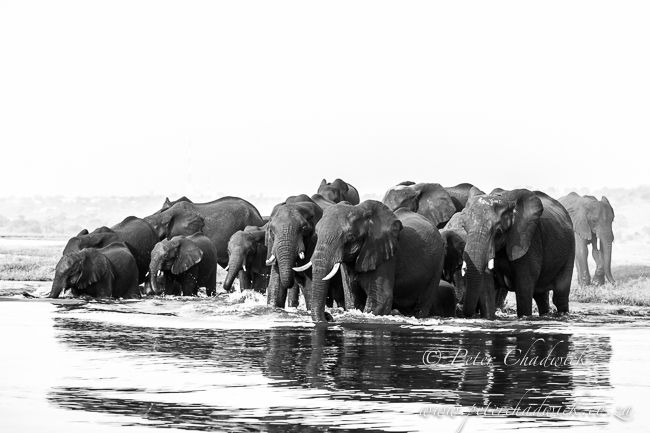 9 of 12: A herd of African Elephants enters the Chobe River from South Africa to swim across to feeding ground in Namibia. 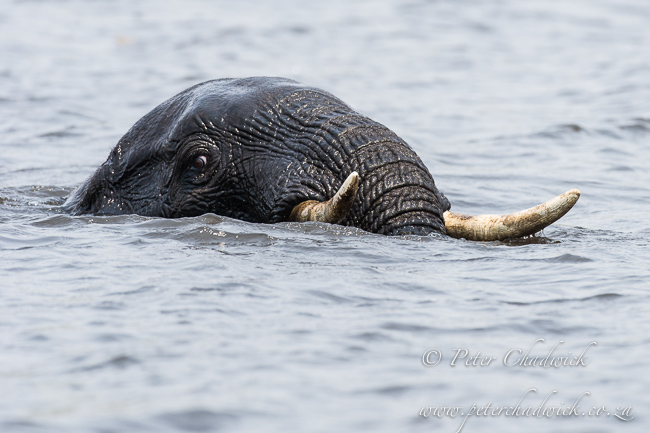 10 of 12: An African Elephant bull swims across the Chobe River to feeding grounds on the lush islands within the river. 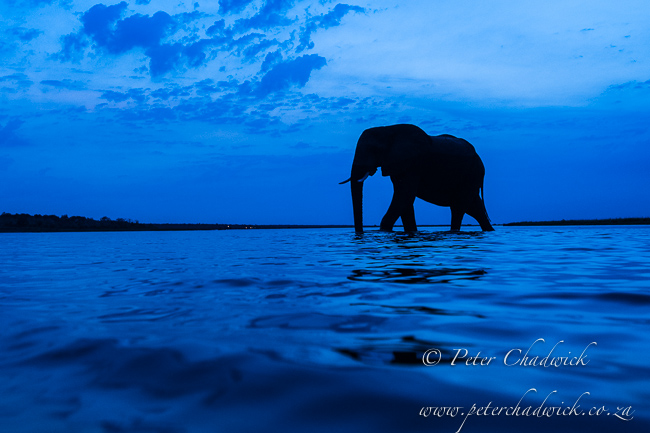 11 of 12: An African Elephant bull crosses the Chobe River back to the mainland after sunset. 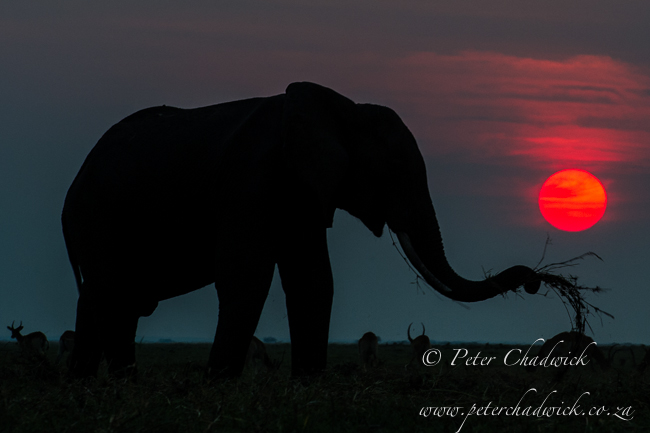 12 of 12: An African Elephant bull feeds peacefully on the banks of the Chobe River at sunset.