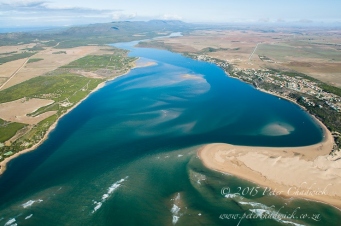 Estuaries are amongst some of our most important coastal ecological features and rank along with tropical rainforests and coral reefs as the world's most productive ecosystems – they are even more productive than both the rivers and the ocean that influence them from either side.

Estuaries are a transition zone where fish, birds and animals of all sorts congregate to feed, find refuge, grow to adulthood and stage migrations. They are unique places, strongly affected by tidal action, where land and river and sea merge into a dynamic natural complex. 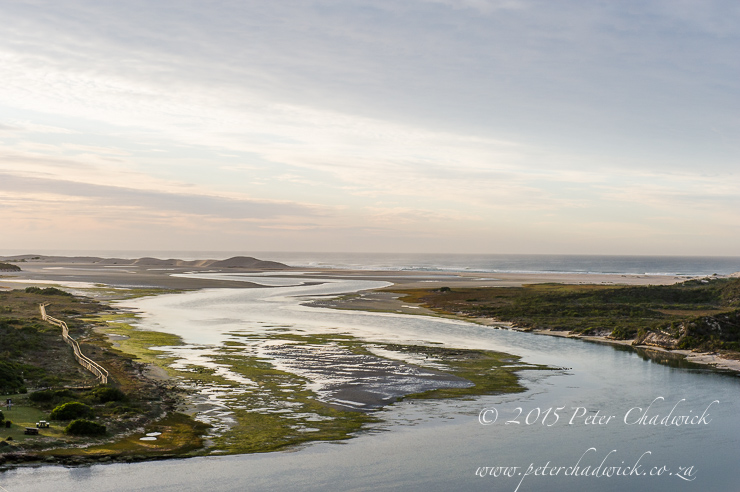 1 of 10: The picturesque Heuingnes River and Estaury that is found in De Mond Nature Reserve. 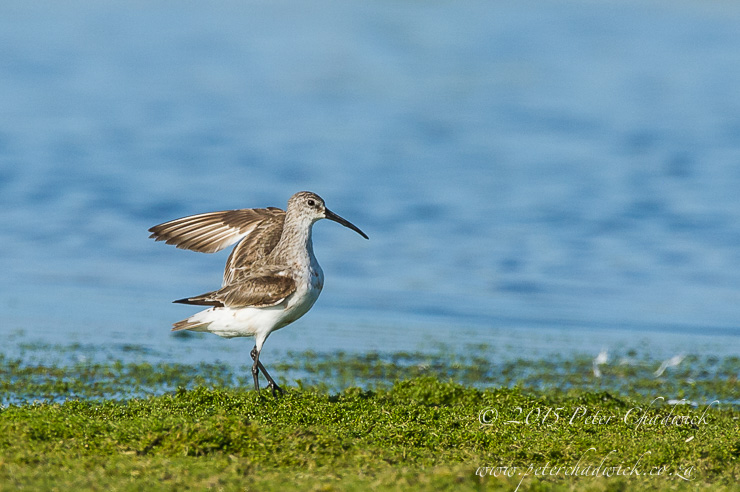 2 of 10: A Curlew Sandpiper lands to begin feeding on the banks of an estuary.

Many commercially and recreationally important fish species depend on estuaries and according to studies undertaken in the USA, between 60 – 90% of all of their commercially important fish species spend some period of their life cycles within estuaries. However, since commercial and recreational fishing occurs predominantly offshore or in rivers, the vital life history and energetic connections with estuaries have largely been disregarded. 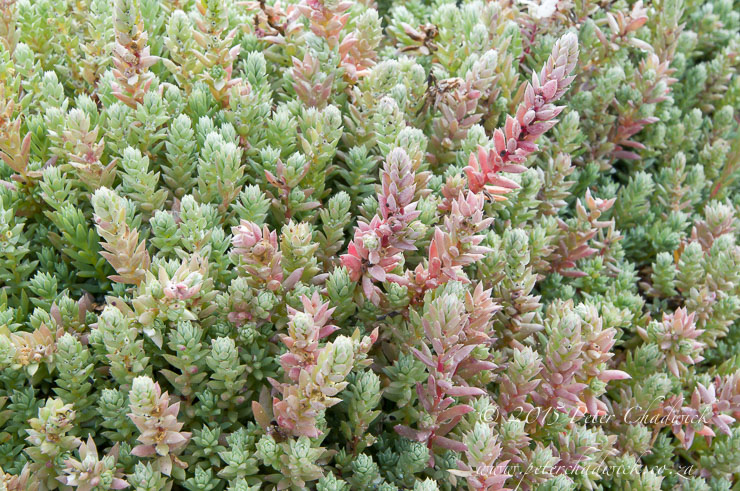 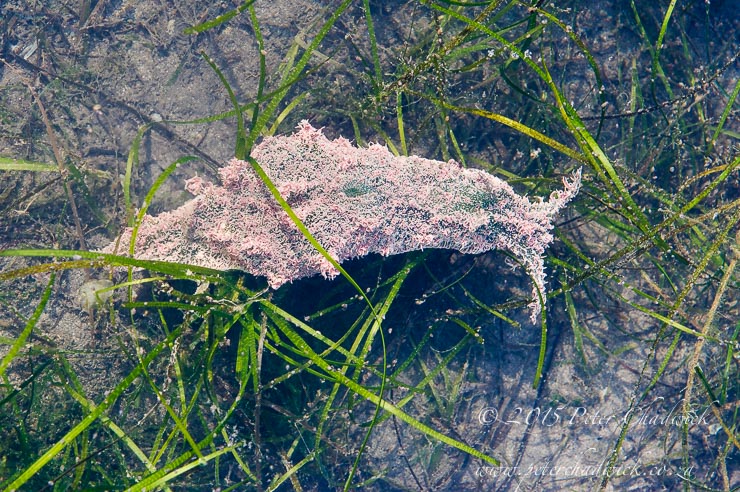 4 of 10: A Shaggy Sea-Hare feeds amongst Cape Eel Grass.

Estuaries provide a nursery ground for the larval forms of many marine fish species, and provide shelter and food for young and adult fish and shellfish. These in turn provide food for other levels of the food chain including migrating birds, larger fish and marine mammals. 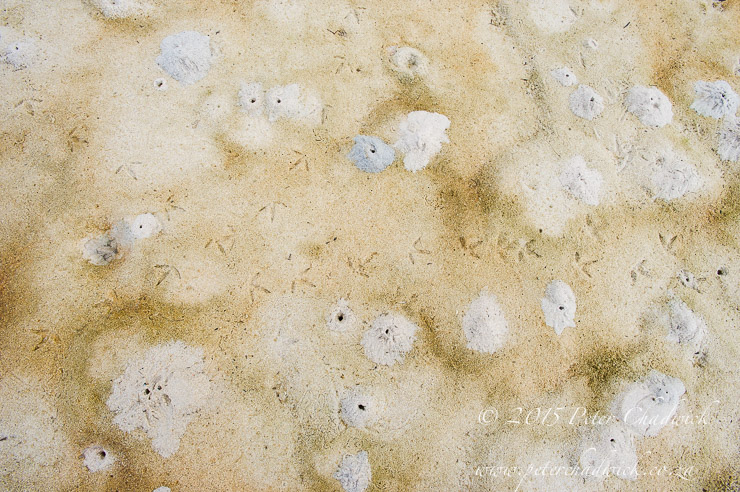 5 of 10: Invertebrates that live in nutrient-rich estuaries feed thousands of migrating waders. 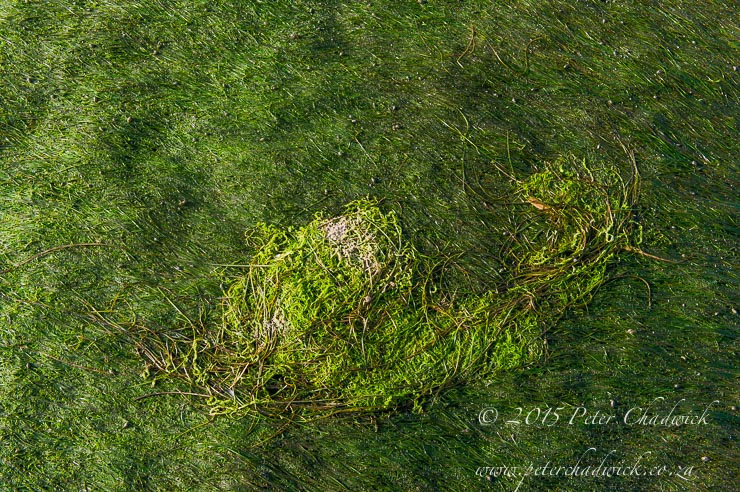 6 of 10: Cape Eel-Grass is an important food source for many grazers, including snails and crabs that in turn feed many other species.

Sadly though, estuaries are subject to numerous sources of ecological damage and are sites of high human habitation. Human pressure and poor management of the entire catchment has led to estuaries being polluted with weed infestations and over-utilized and trampled by domestic stock. Industrial chemicals such as lead, zinc and pesticides are pumped into estuaries and in many cases raw sewage is also pumped directly into these critically important eco-systems. Urban development has encroached right up to the edges of these systems and has negatively impacted on their ability to function ecologically. This degradation has resulted in many of South Africa’s estuaries being in a very poor state of health and management. 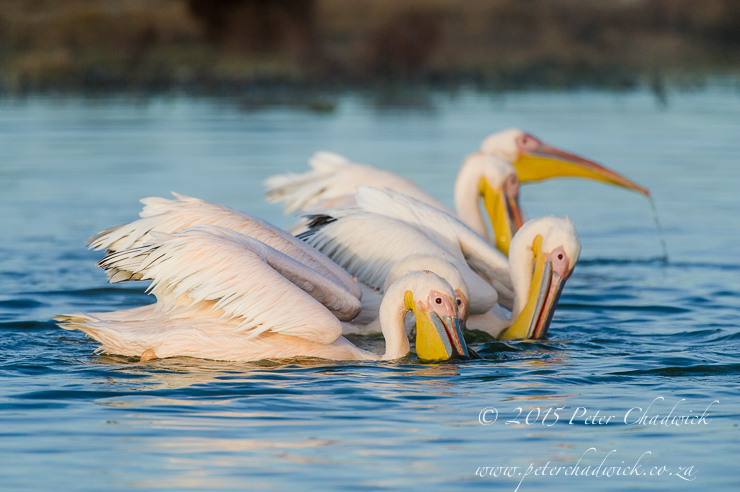 7 of 10: Great-White Pelicans feed in the shallows of an estuary mouth. 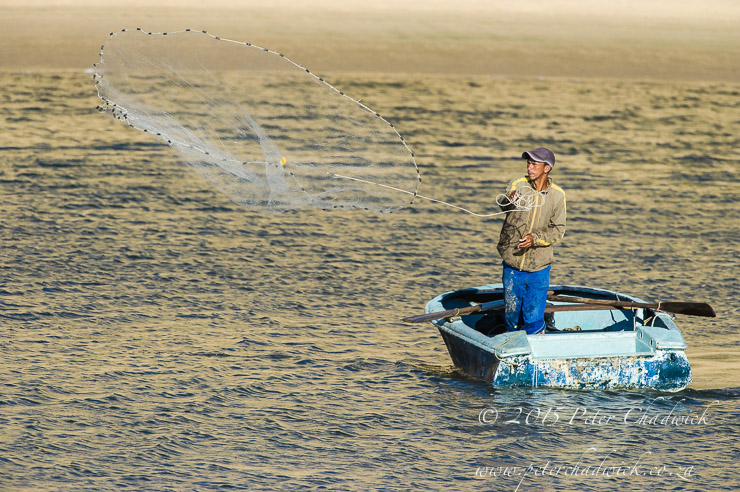 8 of 10: A small-scale fisher casts his throw net in the Sunday's River Estuary.

It is essential that we focus attention on proper management of these critically important habitats and protect the indigenous fauna and flora associated with the estuary waters and its defined surrounds. We need to eliminate existing activities that are damaging to the environment and establish competent estuary management forums and estuary management protocols to ensure the long-term health of these estuaries. 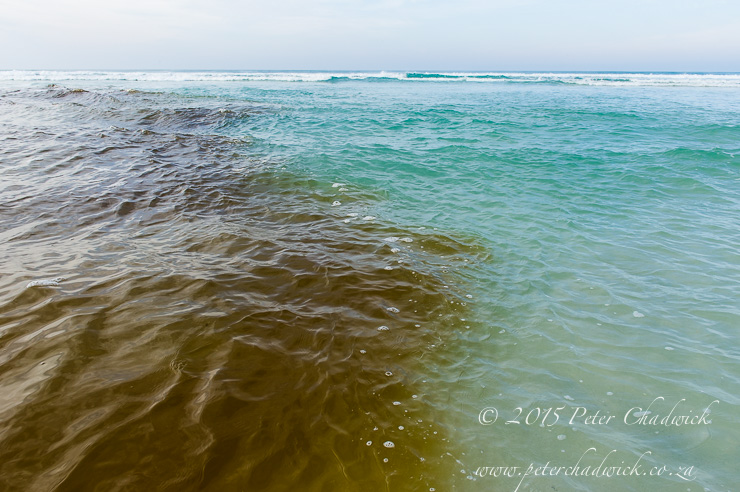 9 of 10: Fresh water flowing through an estuary mouth, mixes with salt water. 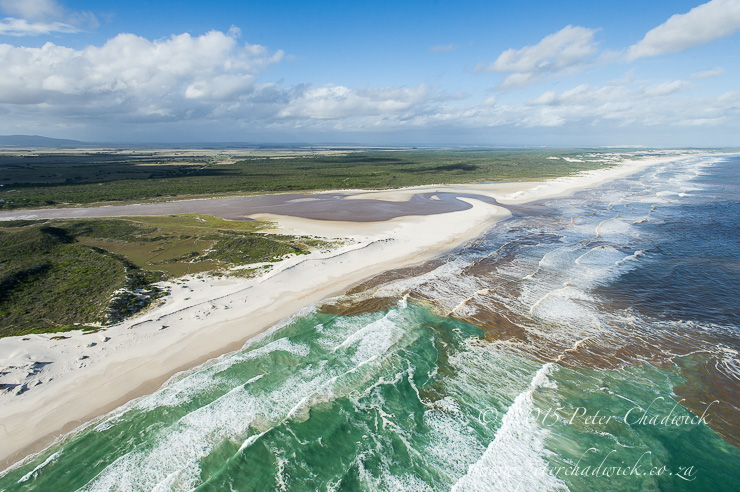 10 of 10: Heuningnes River in flood sending plumes of nutrients into the oceans.