Conservation Photography - Changing the world one photograph at a time Hot 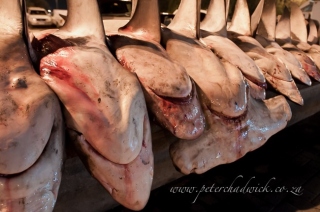 Photographs have the power to change the world by altering the perceptions and understanding of the viewer. Conservation photography can bridge language barriers, be easily understood and can create a sense of wonder and/or sadness that instills a sense of responsibility in the viewer. It can motivate a “Call to Action”.

Conservation photography is increasingly being used across the globe to promote and garner support for conservation and the environment. Conservation photographers provide visual evidence that can be a powerful tool in showcasing the splendor, challenges and threats the natural world faces. A visually powerful photograph can evoke strong emotions that inspires us to action, changes our collective behaviours and in this manner reduces our negative impacts on this fragile earth. 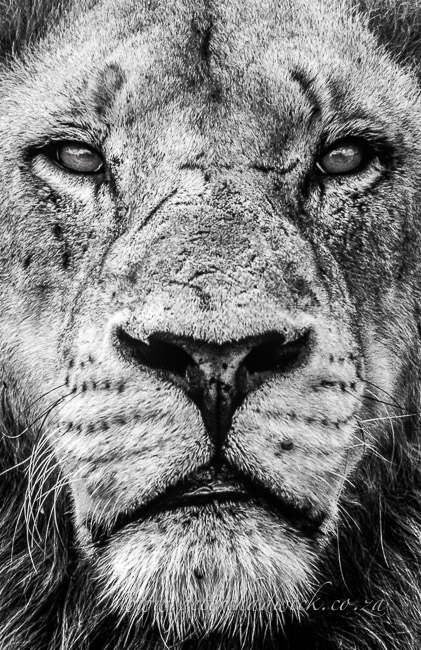 1 of 20. At a time when lions are in the spotlight due to rapidly decreasing populations from habitat loss and hunting pressures, the battle scars on this male lion portray the challenges that the species faces. 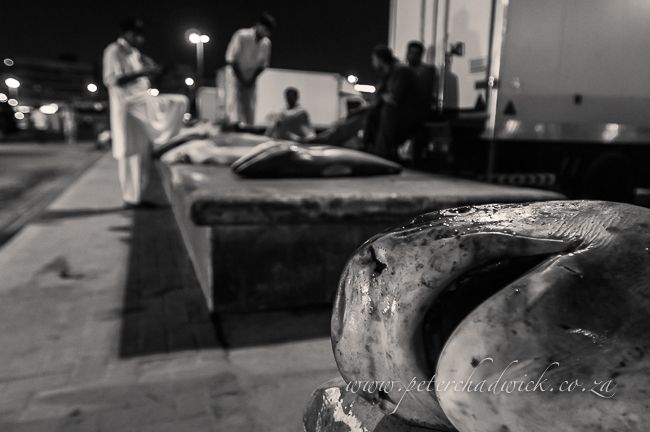 2 of 20. A Tiger Shark lies on the chopping block with a silent scream and is waiting to have its fins sliced off to fulfil the greed of someone who wrongly sees the fins as a delicacy. 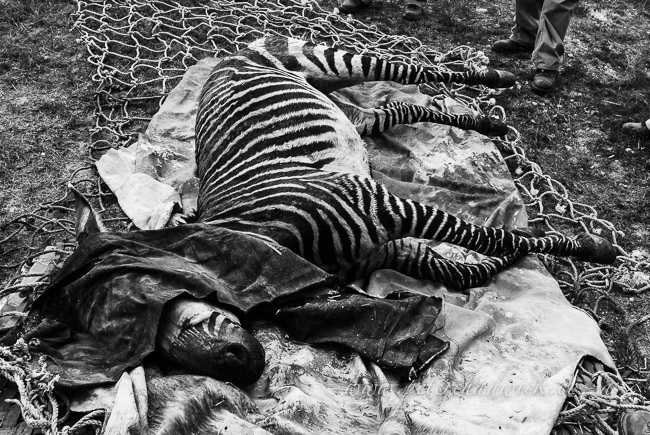 3 of 20. The numbers of endangered species are on the increase due to mans destructive ways and only a few are prepared to go to the lengths of trying to protect them from extinction. Here a Cape Mountain Zebra lies anethetized and awaiting translocation to begin a new founder population - a positive story for conservation. 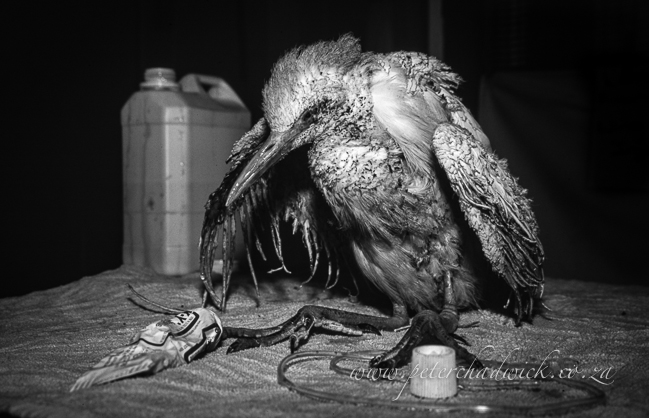 4 of 20. This Cattle Egret sits on a vetenary table after being "napalmed" and caught as "bycatch" during a quelia erradication program in a large wetland. Suprisingly this practise is legal.

Conservation photography itself though is about so much more than just photographs showcasing the natural world. It is about pursuing a conservation issue and exposing the underlying consequences of that issue to the general public. 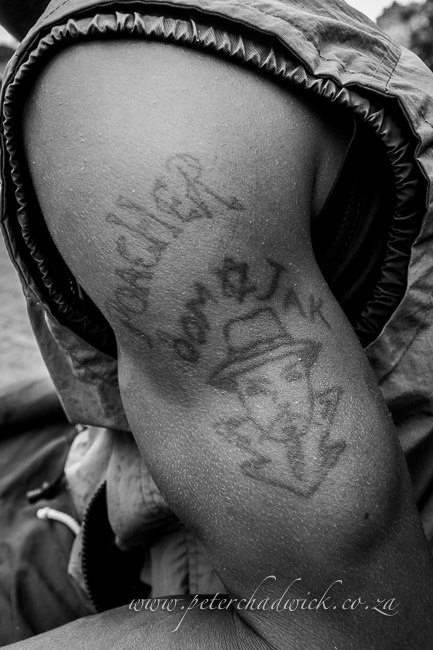 5 of 20. Our natural resources are being plundered at unsustainable rates and where poaching may have been initially to put food on the table, it is now part of globally organised crime. Natural products are usually the "cash crop" that funds other illicit activities  yet the nature of the crimes are seen as minor and petty. 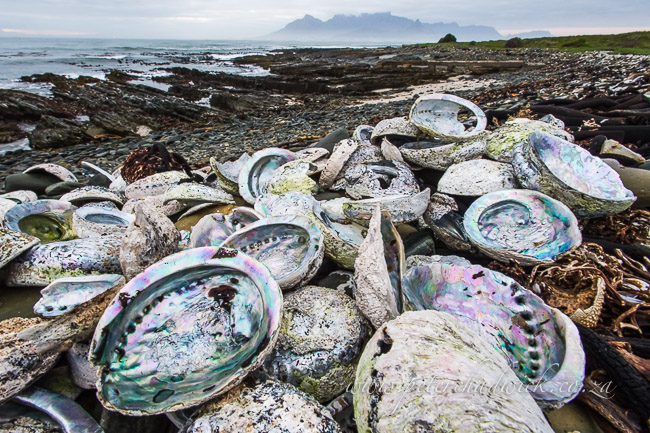 6 of 20. While there is a huge outcry about the terrible poaching epidemic hitting Africa's rhino and elephant populations, the world generally turns a blind eye to the large scale piliging of our oceans. Many marine species are now at greater risk of extinction than terrestrial species. 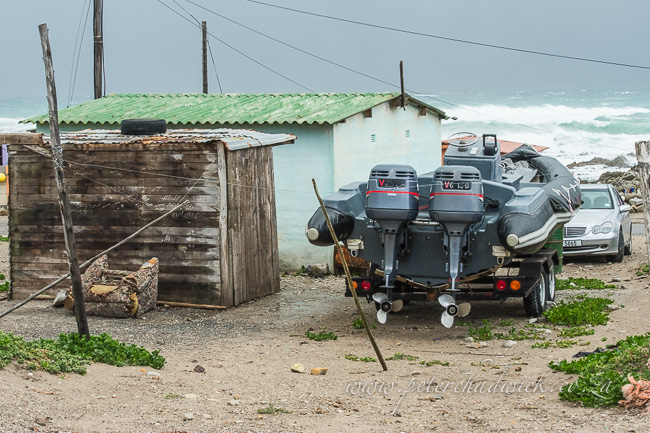 7 of 20. This run down shack in a poverty stricken area stands in stark contrast to the luxury car and large boat used for abalone poaching that drives much of the organised crime within the Western Cape of South Africa. 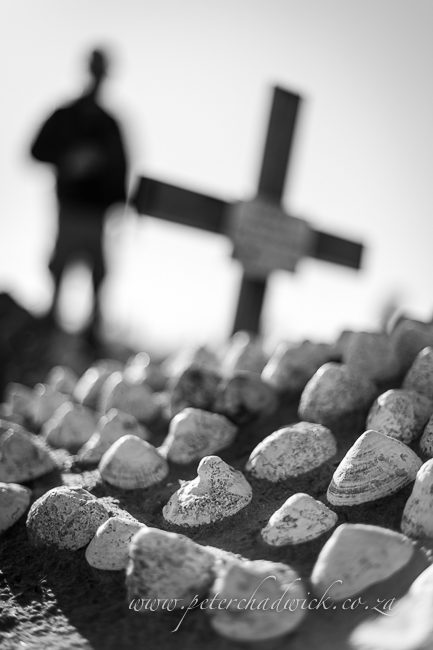 8 of 20. Small scale fishers place their lives at risk when trying to put food on the table and often go to sea in small unsafe fishing vessels that easily get destroyed in rough weather and result in the loss of the life of the fisher.

It is about showing that we as human beings are closely inter-connected with the environment and that our very own survival depends upon the health of the environment. Highlighting these issues effectively places an immense responsibility on the shoulders of the photographer and to be a conservation photographer requires dedication to telling impelling visual stories that can raise awareness and effect change! 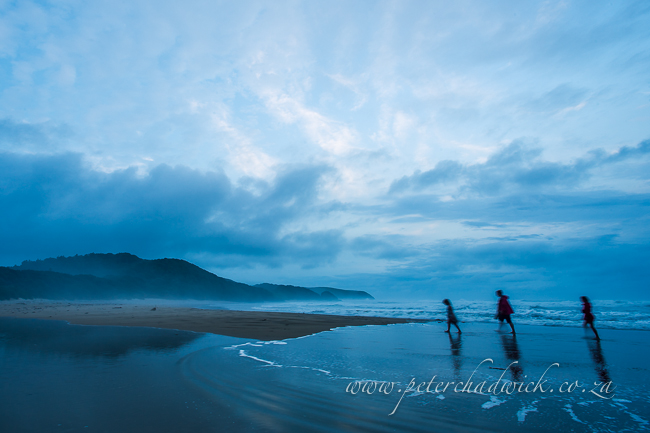 9 of 20. Man is intricately linked to the environment and our future well-being is dependant on its protection 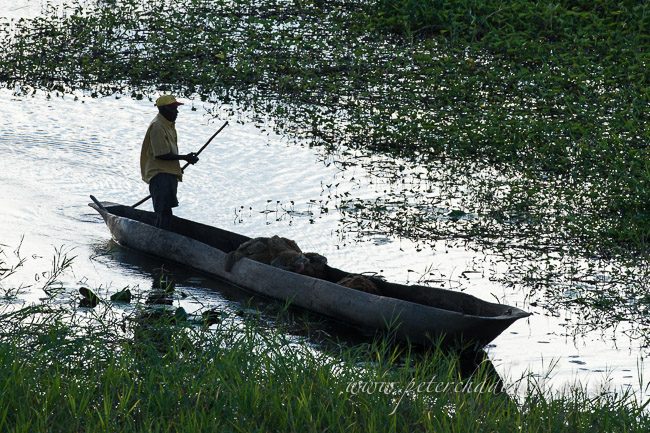 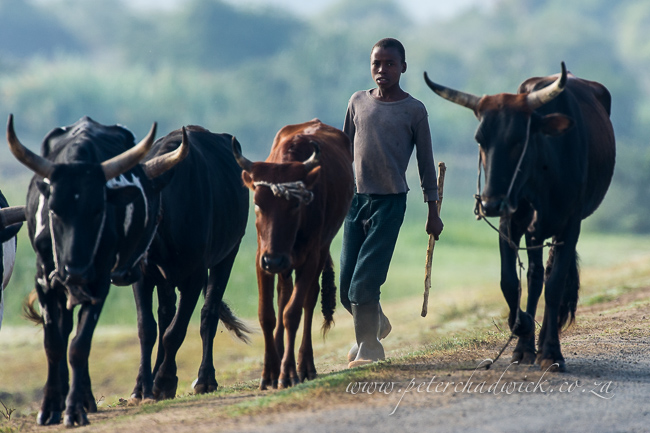 11 of 20. A young cattle herder leads his cattle to the days grazing grounds in rural Mozambique

Conservation Photography is not just about the final image. It includes all the hours of preparation, planning, costs, time away from home, early mornings, late nights, frozen fingers, sunburnt faces, arduous hikes, tropical diseases and harsh environments that one often finds oneself having to "endure" in pursuit of a photograph. 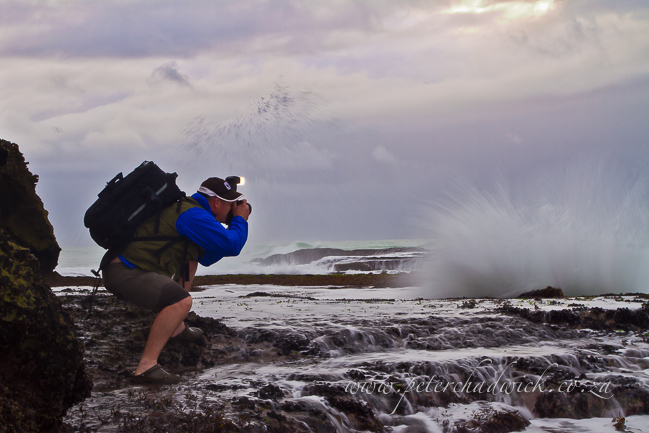 12 of 20. Conservation photographers will often take risks in order to try and get the "perfect" shot 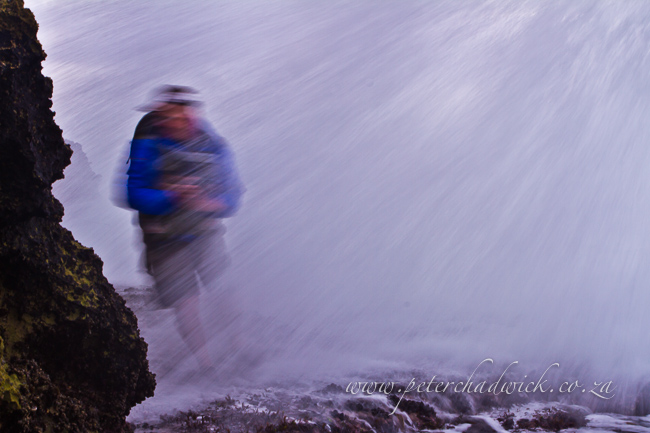 13 of 20. Taking these risks does not always pay off and occassionally "mother nature" has a sense of humor. 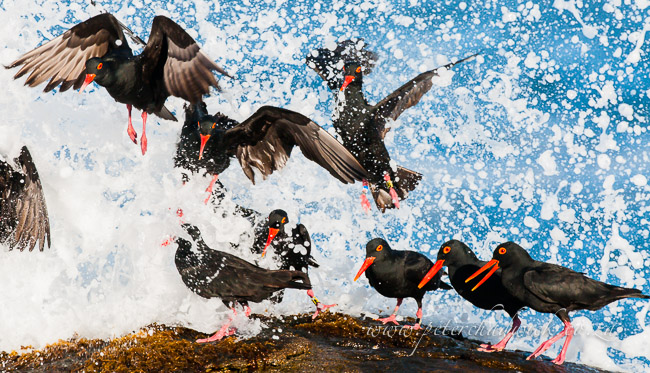 14 of 20. The hours spent in trying to obatin the "telling" image for conservation photography does bring incredible rewards that makes all the effort and patience worthwhile.

For those that are willing to go the extra mile, the rewards in obtaining an award winning photograph are always worth it and their results speak louder than words. 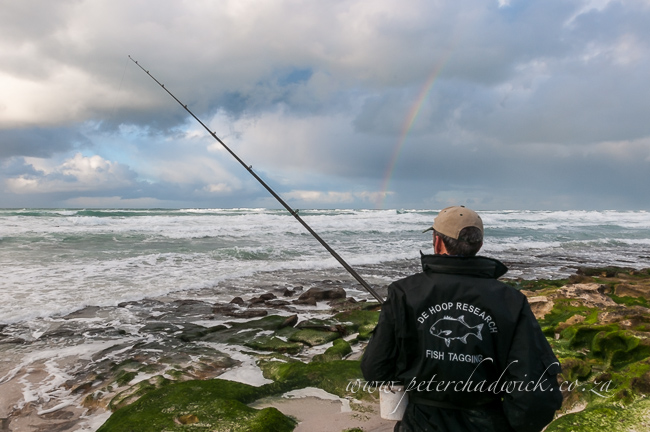 15 of 20. Conservation photography must not only showcase the wonder of the environment and the negative threats, but also the science and conservation that will provide telling opportunities for the future. 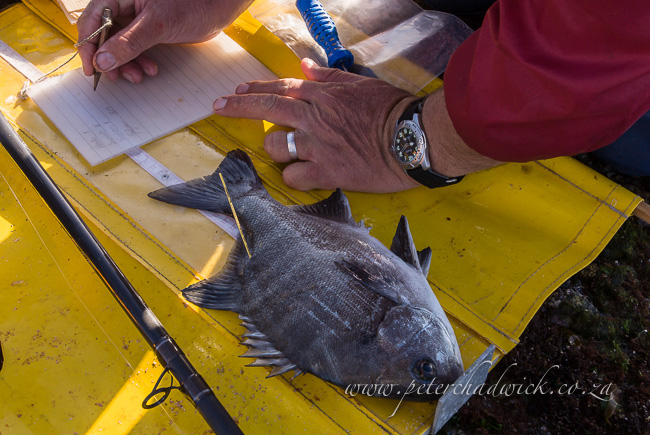 16 of 20. It is the long-term research and science that allows us to understand our negative impacts on the environment, but also provide us with solutions for future generations. 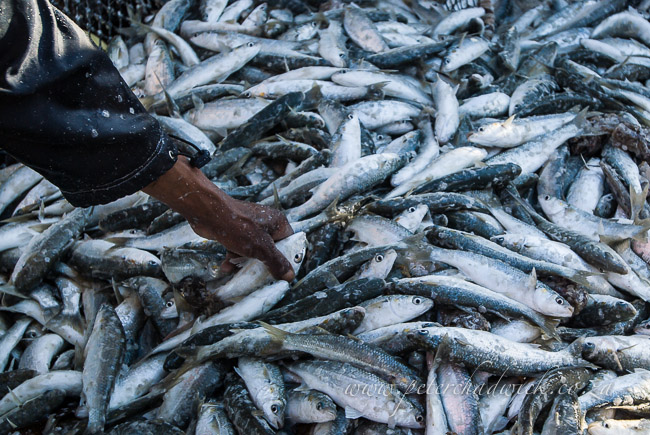 17 of 20. Where this science is heeded, previously negative practises may be turned around and conservation efforts can result in sustainable opportunities for the future.

Carefully crafted photojournalism takes the value of conservation photographs to the next level by creating a thought-provoking story, that not only highlights the beauty but also explodes the horrors and destruction of our environment in a manner that makes us wish to protect and preserve. 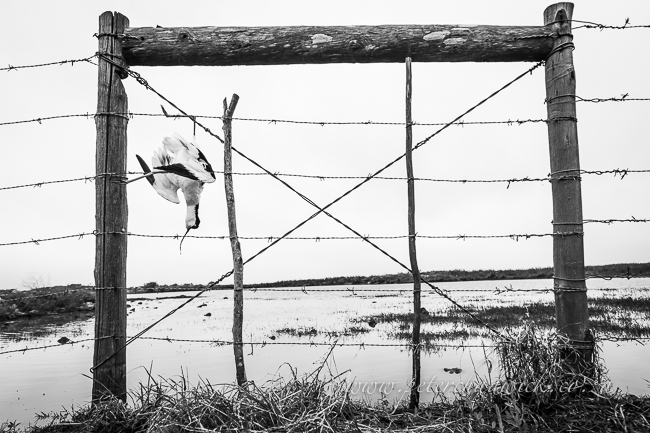 18 of 20. A delicate Pied Avocet hangs dead from a farm fence that lies between two waterbodies - our biodiversity is not only facing direct threats from humans but also face many indirect threats. 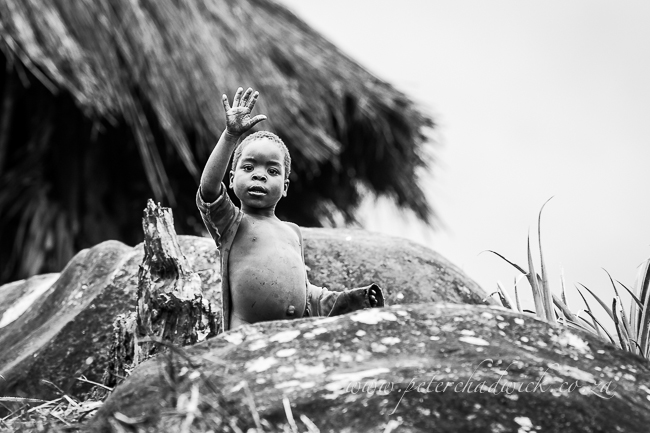 19 of 20. The protection of the environment is no longer just about ensuring survival of species but also about ensuring food and water security for our future.

A thought provoking image only has to change the opinion of one viewer to make a difference. That one person will tell another, who will tell another and soon a revolution of change will be ignited. This change needs to happen at both an environmental and social level, for we need to realise that if we do not change our ways, what is happening to the environment will eventually happen to us. 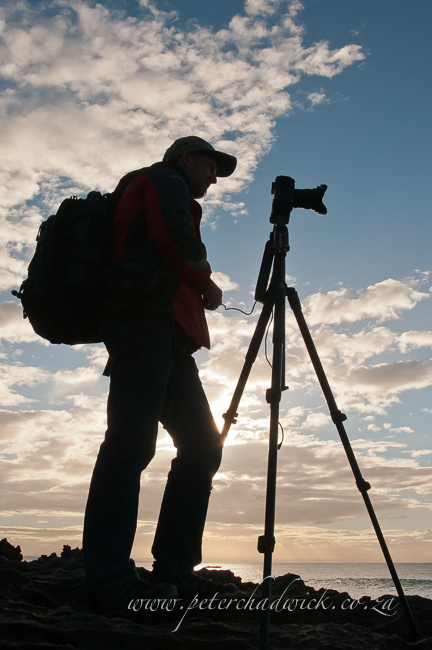 20 of 20. As a photographer, you have the incredible opportunity to make a difference to support the conservation of the environment - the question is, are you willing to make your photographs mean so much more than just a pretty picture?