Chameleons | The art of disguise or not Hot 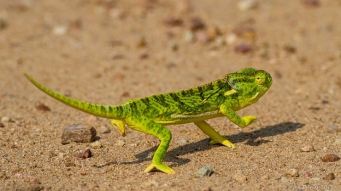 Chameleons belong to the Family Chameleonidae. There 19 species of chameleons occurring in Southern Africa. The Dwarf Chameleons occur mainly in South Africa and there are 15 described species. They tend to be very habitat specific and mostly occur in isolated populations in suitable habitat.

As kid I was always fascinated by chameleons. We had several living in our garden in Cape Town and even a "pet" chameleon that used to live on a creeper outside our kitchen window. Every evening I used to take it with me to feed our chickens and would let the chameleon hunt flies from my hand.

Chameleons are fun to photograph and are usually quite accommodating since they tend to stay still, sometimes!

Most dwarf chameleons are listed as "Threatened" on the IUCN's red list. Habitat distruction is one of the biggest threats to these little reptiles. The Namaqua Dwarf chameleon is endemic to the western coastal belt of South Africa. Its colorations lets it blend in perfectly with the sandy, shell covered coastal dunes, making it hard to spot. 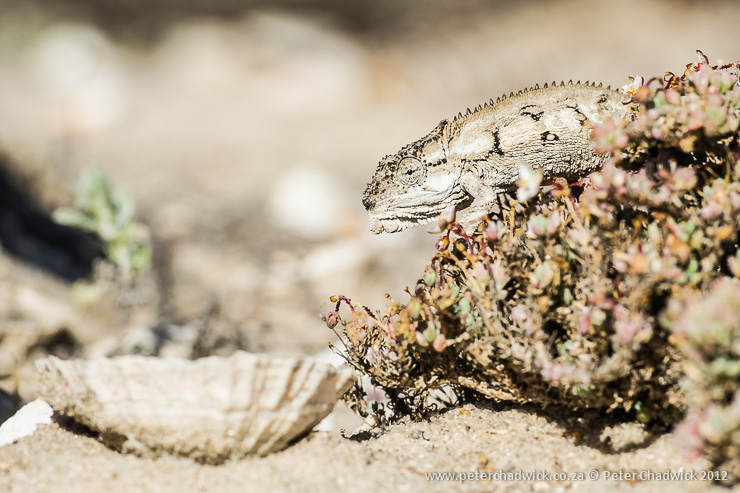 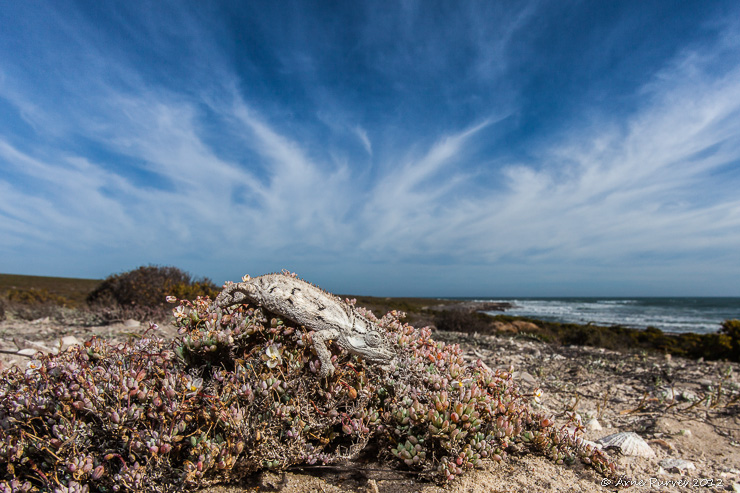 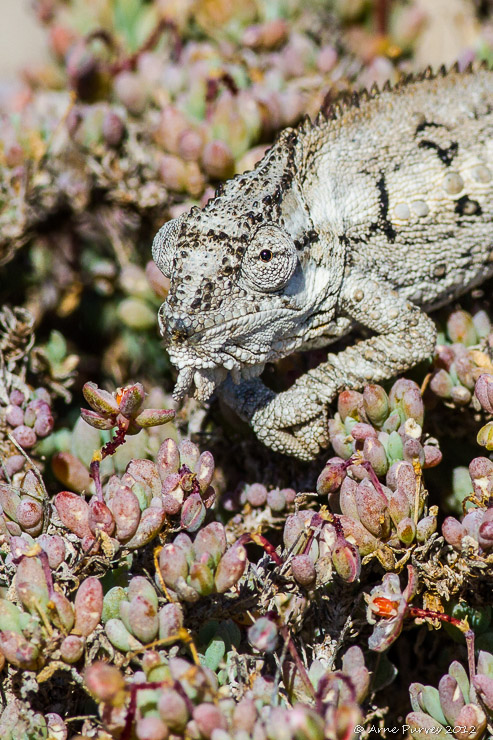 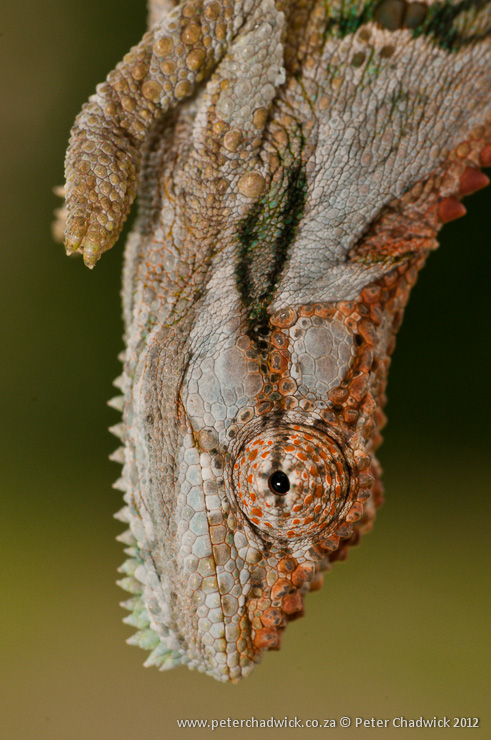 The Flap-neck chameleon is the most widespread and common chameleon in Southern Africa and can be found in savanna, bushveld and coastal forests. Its range of colours is impressive and it's ability to change colours is amazing. It ranges from black (when stressed) through green, yellows/oranges and browns. 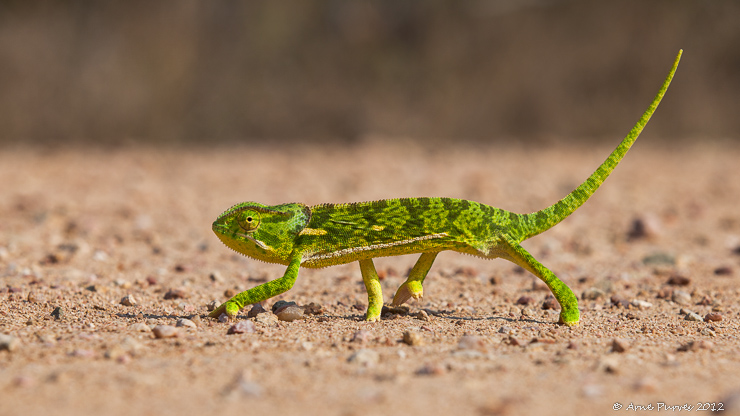 Chameleons have eyes that are very mobile and which move independently of each other. A long, prehensile tail, is used to aid in climbing and unlike geckos it is fixed. Most chameleons are diurnal and arboreal, and are often to be found sunning themselves on  branches.

Flap-neck Chameleon climbing in a tree

The chameleons ability to change its colors makes them a fascinating animal to photograph. Their slow deliberate movements can keep a viewer mesmerized, even as it crosses a road (Watch the video below!)