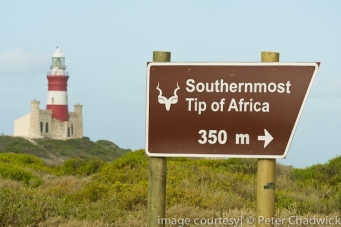 The southern most tip of Africa at Cape Agulhas is a major tourism drawcard with thousands coming to have their photograph taken at the point which also states the joining of the mighty Indian and Atlantic Oceans. Agulhas National Park run by South African National Parks surrounds this critical biodiversity and cultural hotspot.

Over 2000 plants species have been recorded to date on the Agulhas Plain and of these 110 are listed on the red data list and a further 100 are endemic to the area. The landscape is an important component of the Cape Floral Kingdom, the smallest and richest plant kingdom in the world. Birdlife is prolific across the coastal, fynbos and wetland landscapes. Highlights include the Black Harrier, African Black Oystercatcher, Agulhas Long-Billed Lark and Cape Clapper Lark. Whales, dolphins and seals can be viewed from the shoreline, while numerous small mammals including Cape Clawless Otter, Honey Badger and Cape Fox can be found in the terrestrial sections of the park. The Agulhas National Park has recently developed and opened to the public a range of accommodation that includes a comfortable rest-camp situated adjacent to the seashore with a safe bathing lagoon as well as a range of historical farmsteads. Endless opportunities exist for landscape, floral, cultural and wildlife photography, making Cape Agulhas a must see destination. 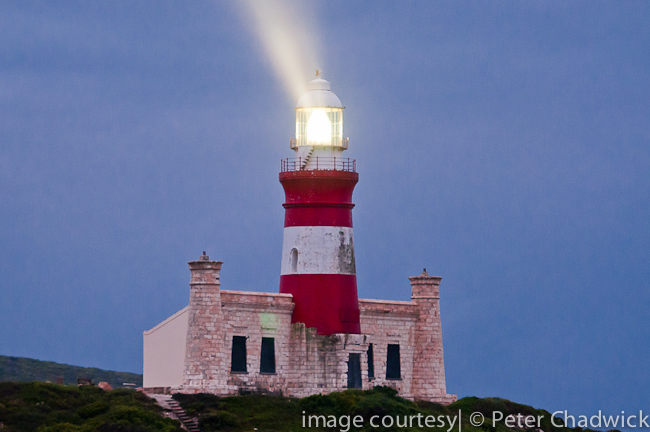 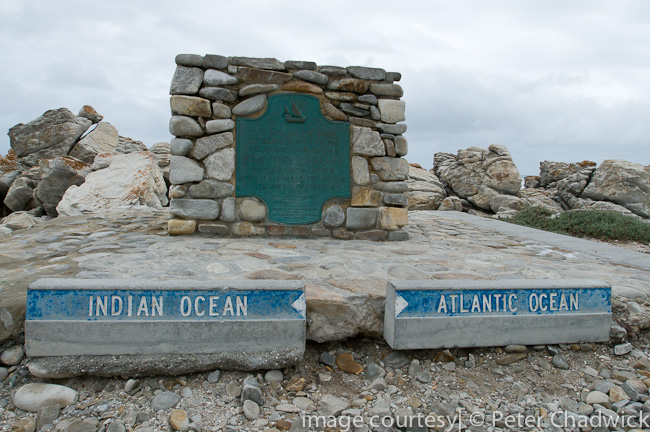 2. Cape Agulhas is fabled to be the meeting point of the mighty Indian and Atlantic Oceans. 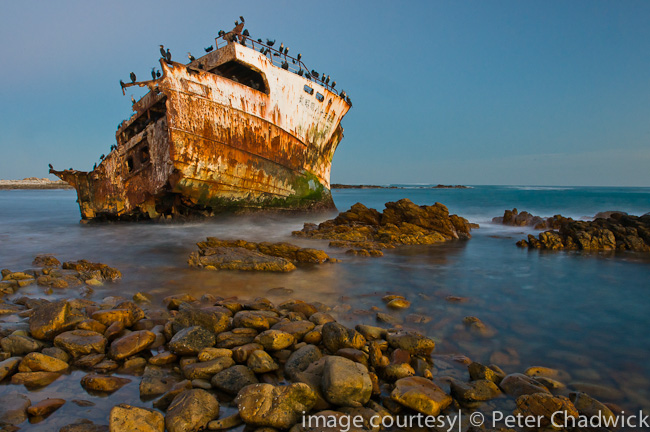 3. The seas around the Agulhas coast are rough and wild and many a ship over the years has floundered against her shores. 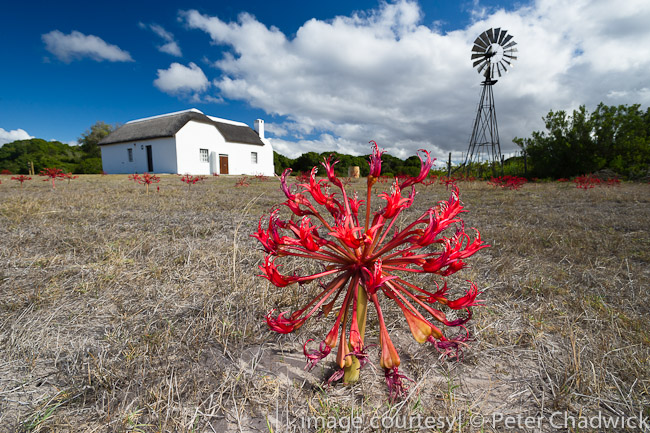 4. The Agulhas plain has a rich history, including many early farming settlements from the eighteenth century. 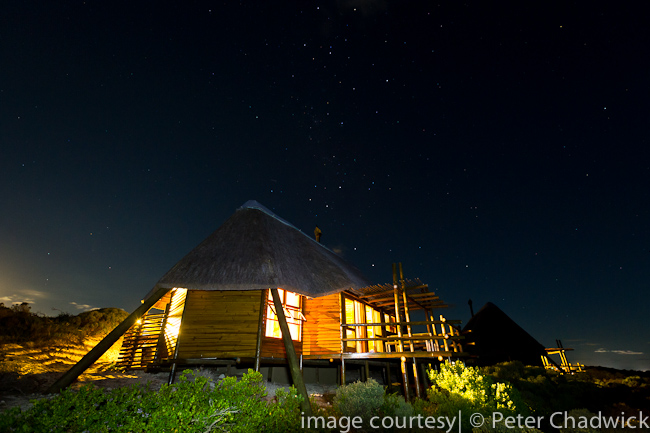 5. Well-equipped chalets lie adjacent to the coastline providing a tranquil and spectacular setting. 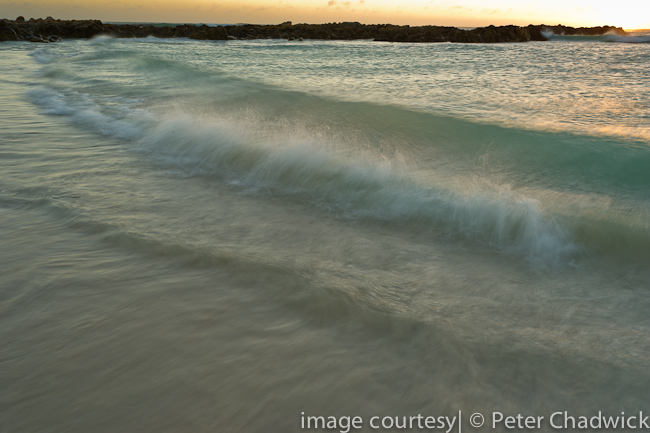 6. Gentle waves break against the coastline at dusk and in the sheltered lagoon that lies in front of the rest camp. 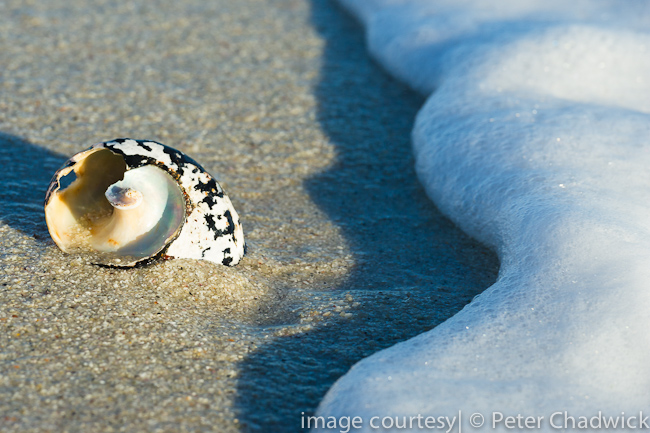 7. An Aerikreukel shell washes up against the shoreline at Cape Agulhas 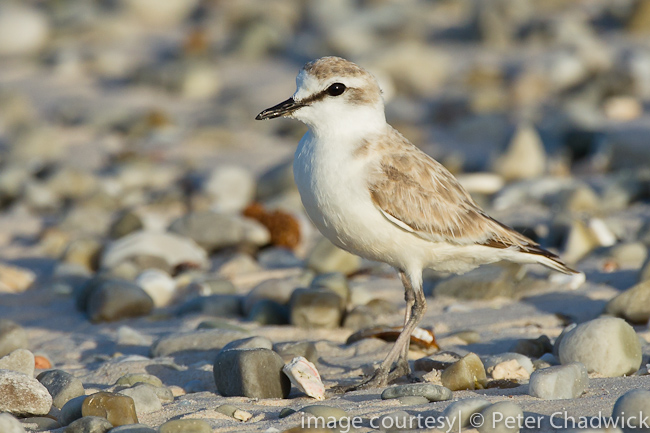 8. White-Fronted Plovers are common along the Cape Agulhas coastline. 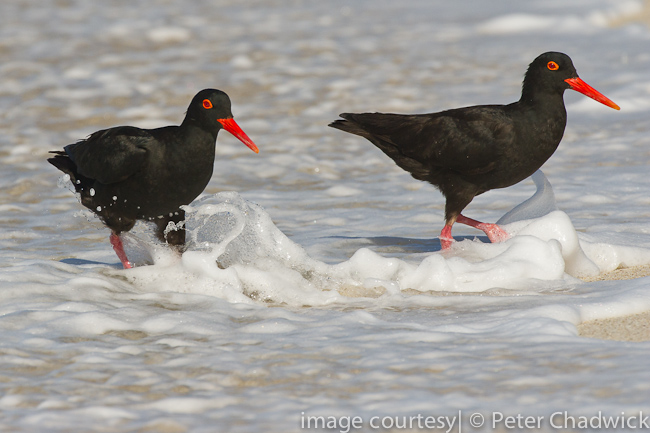 9. An African Black Oystercatcher pair feeds along the shoreline, pausing occasionally to probe their long bills deep into the sand for invertebrates. 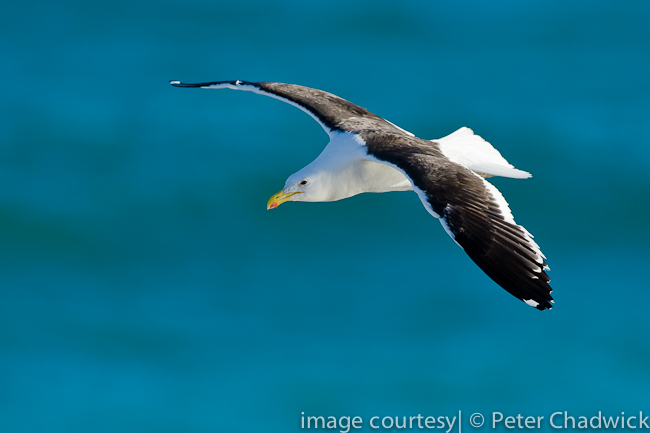 10. A Kelp Gull hovers briefly in a gust of wind and watches the photographer before flying further along the coastline. 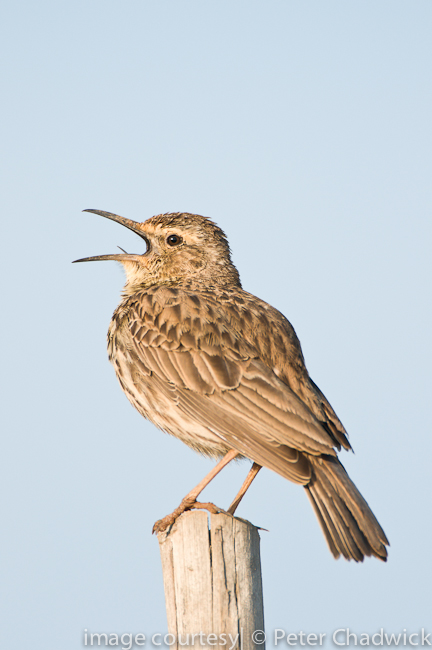 11. The Agulhas Long-Billed Lark is one of the endemic "specials" that can be viewed on the Agulhas plains 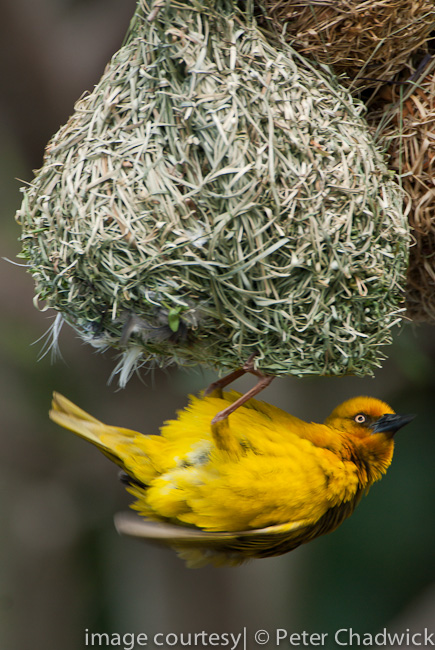 12. A male Cape Weaver hangs below his nest in display to passing females. The weavers are a common site around the accommodation areas. 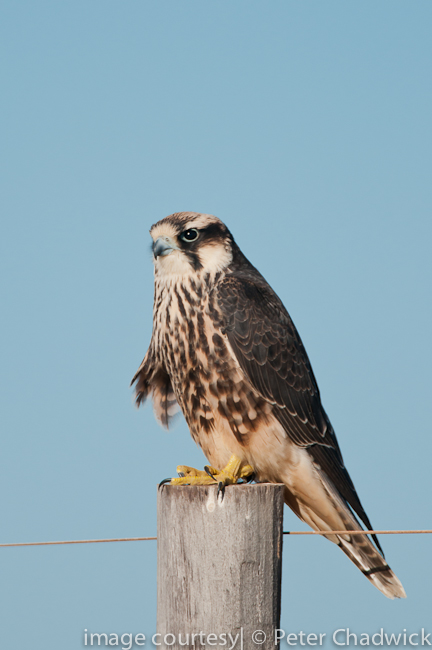 13. A Lanner Falcon sits on a farm fence post waiting for small birds to fly past which it will then chase in flight in the hope of catching a meal. 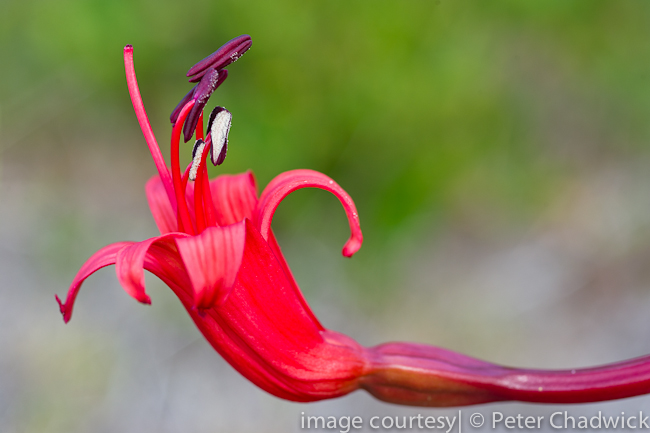 14. A brightly colored flower of a Brunsvigia orientalis. 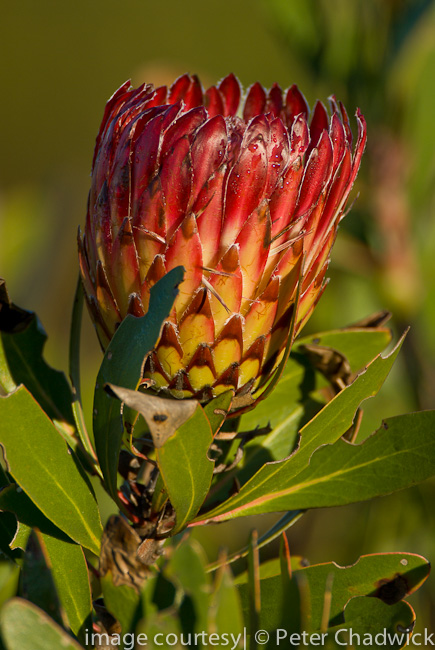 15. The Agulhas plain is home to a huge variety of Proteas including Protea suzanne 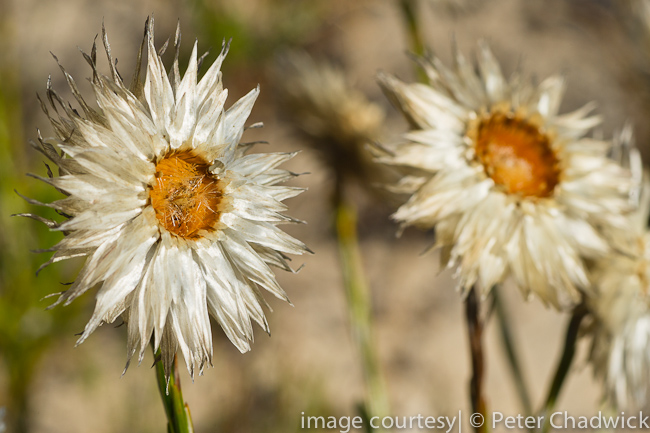 16. Sewe-jaartjie flowers can be found amongst the mountainous areas and are originally a mix of reds, purples, pinks and yellows before drying out. 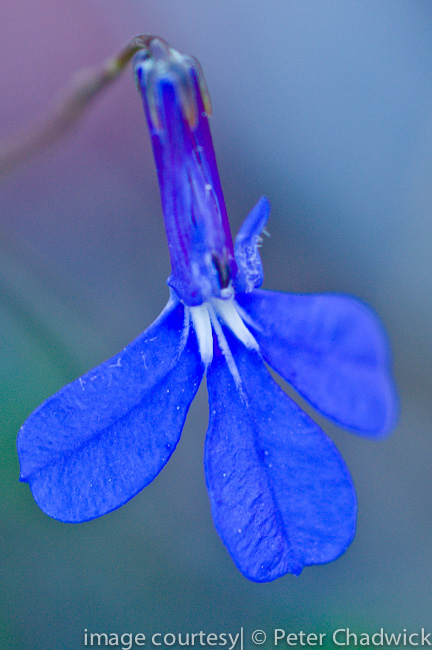 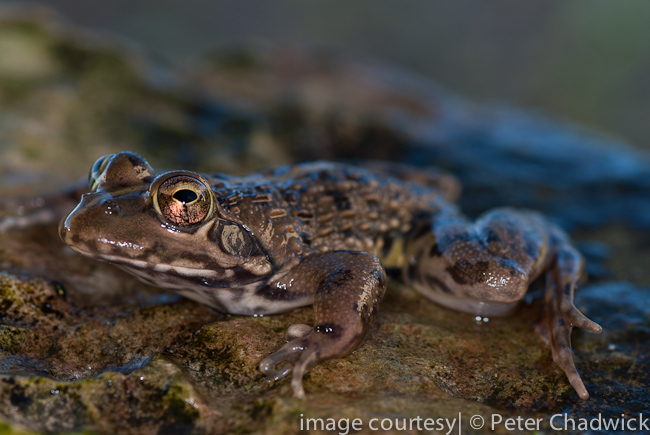 18. A Cape River Frog emerges from a small stream to sit in the suns warmth on the river bank 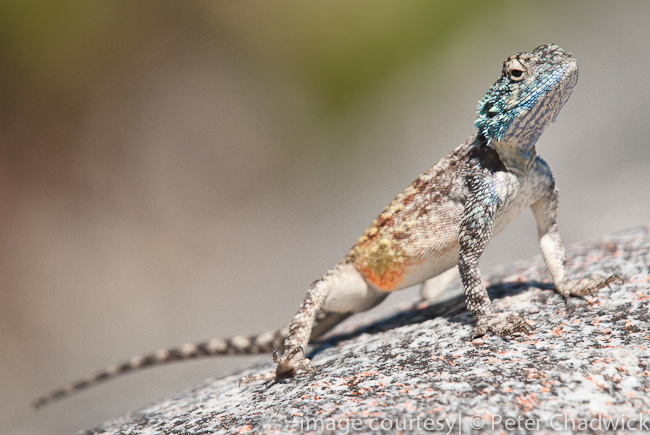 19. A male Agama atra displaying with much head bobbing to a passing female agama