Biodiversity and Agriculture of the Overberg Hot 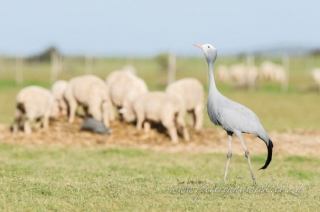 The Overberg region of the Western Cape in South Africa is one of the countries important agricultural areas and during spring and summer, is covered in vast green swathes of wheat, oats, barley and bright yellow canola fields.

Sheep and cattle wander the grazing lands with lower numbers of ostrich farms also occurring. These farmlands are  home to a diversity of animals and birds that have adapted to these agricultural practices.

The last remaining vegetation remnants of threatened Renosterveld vegetation lies scattered between the lands and are in desperate need of protection. 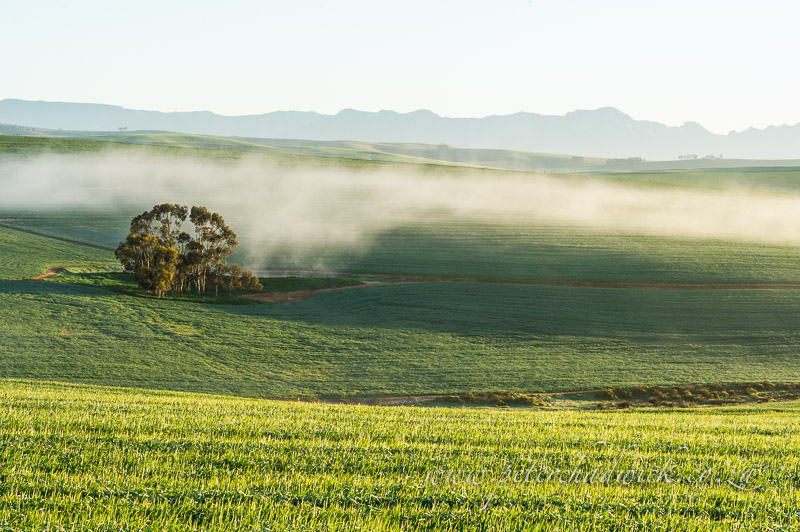 1 of 12. A light morning mist hangs over vast wheat fields in one of the numerous valleys of the Overberg. 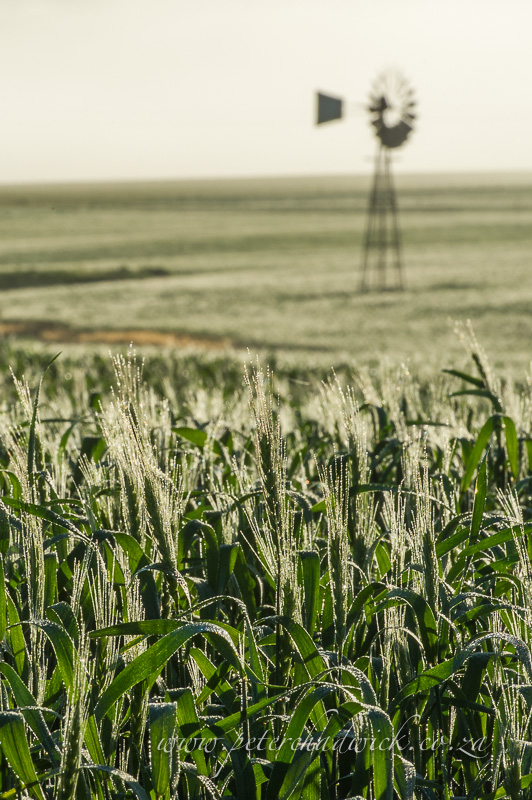 2 of 12. Backlit wheat fields cover the landscape with a windmill silhouetted in the background. 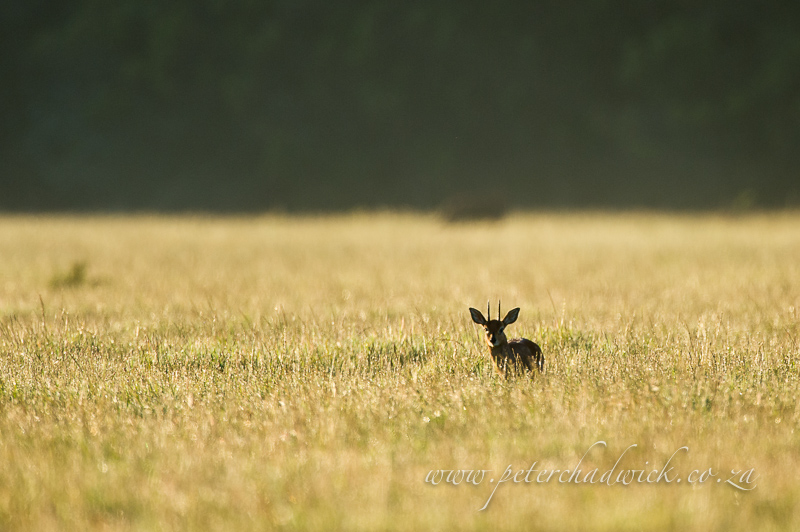 3 of 12. A Steenbok ram stands silhouetted in the short grasslands of an agricultural land. These small antelope still occur in good numbers amongst the transformed lands and have adapted well to agricultural practises. 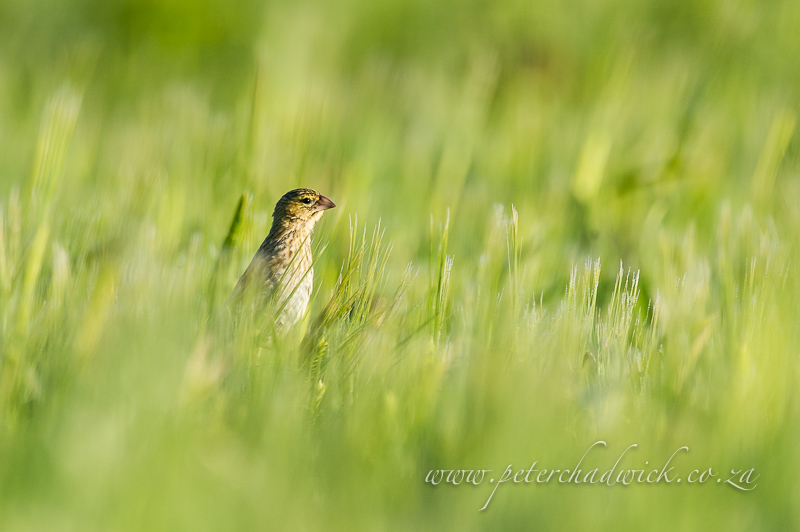 4 of 12. As the grain crops ripen, vast flocks of seed-eating birds arrive to feed on the feast laid on by man. These flocks can cause extensive damage to crops and are not popular with farmers. 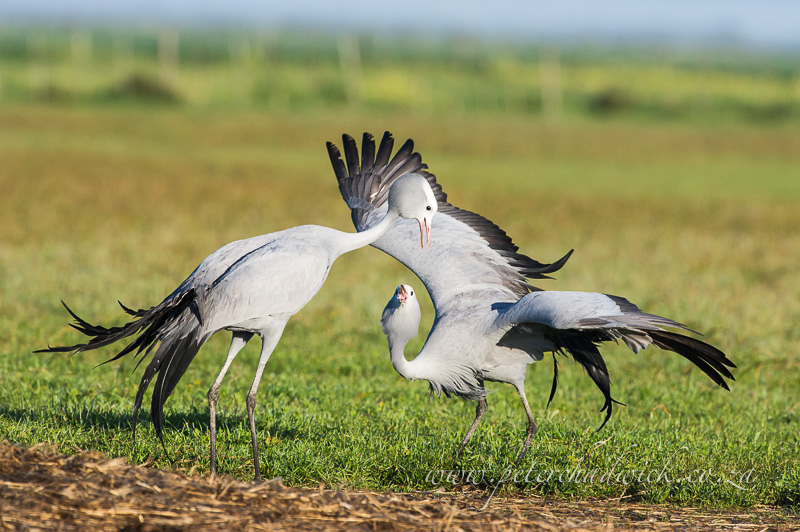 5 of 12. South Africa's national bird, the Blue Crane, has adpated extremely well to agricultural practises and the Overberg is one of the few areas where numbers of this species are still increasing while in the rest of its range populations are sadly declining. 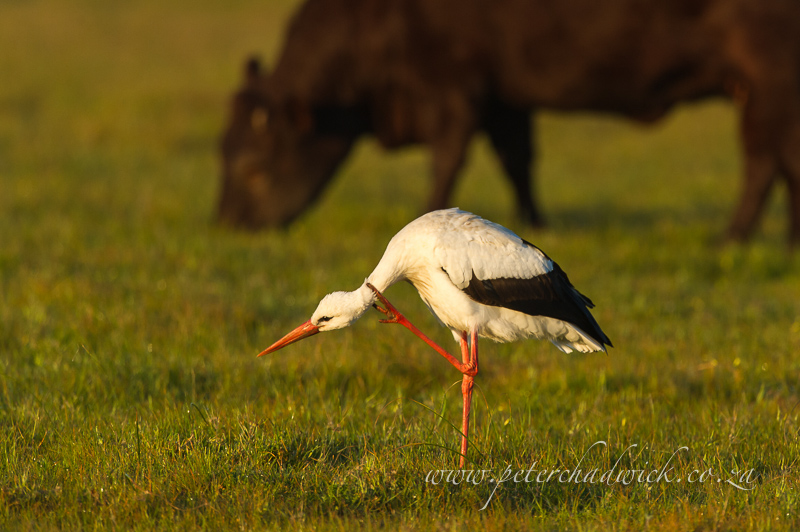 6 of 12. White Storks arrive each summer from Europe to feed in the agricultural lands and follow the sheep and cattle herds, snapping up any insects disturbed by the grazing animals. 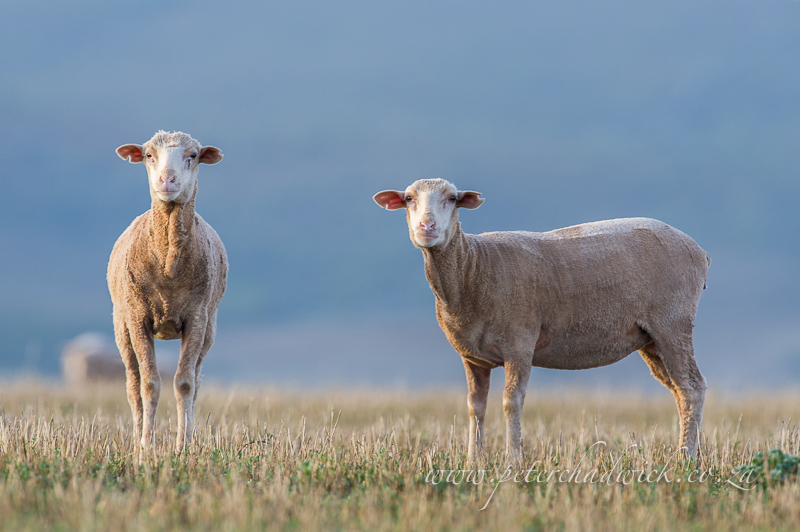 7 of 12. Merino sheep that have been recently sheared feed in the stubble lands of a harvested field. 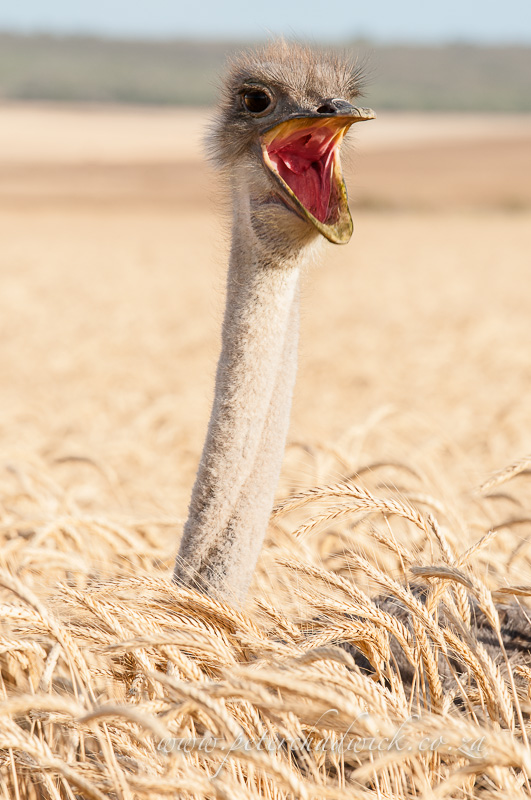 8 of 12. A farmed ostrich wanders through mature wheat, stopping to yawn widely. 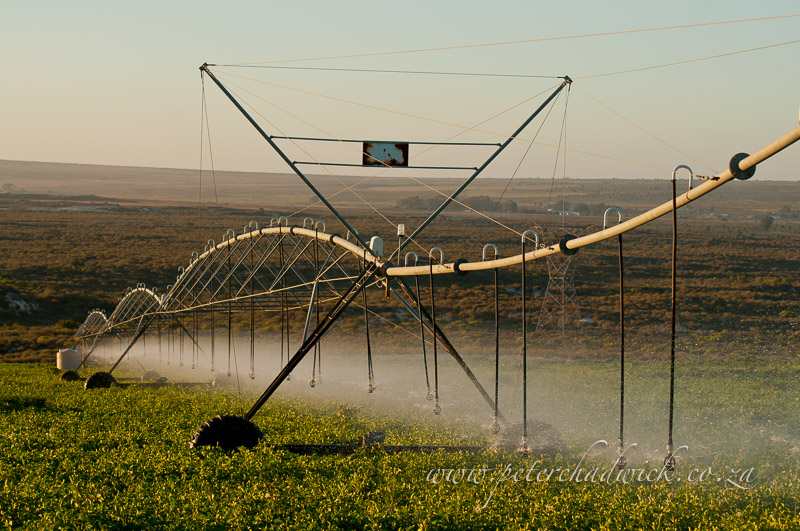 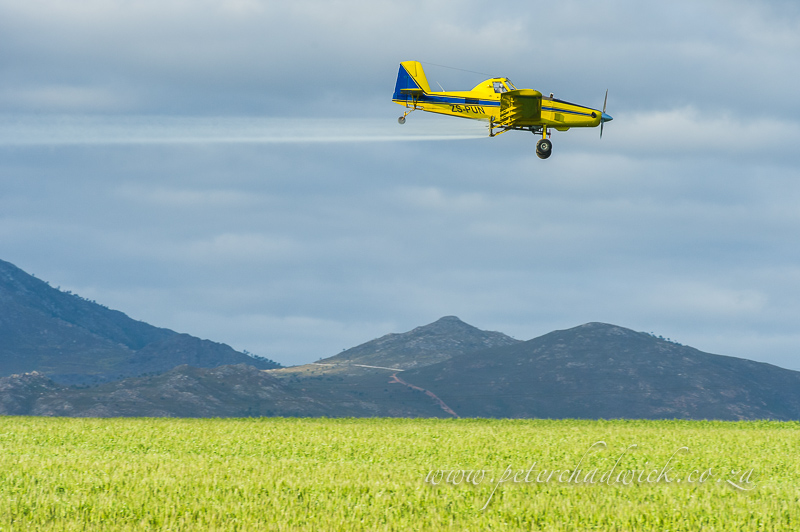 10 of 12. An aerial crop duster sprays pesticides onto young wheat. Vast residues of this pesticide waft across the wind, causing increased health problems. 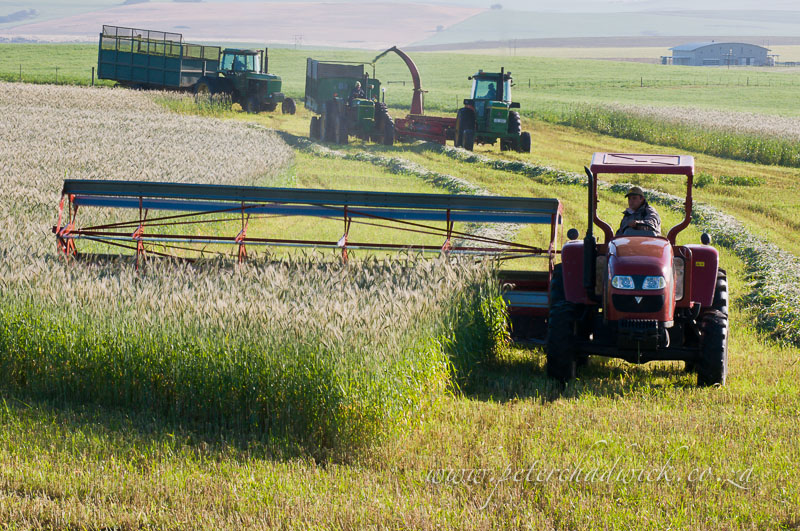 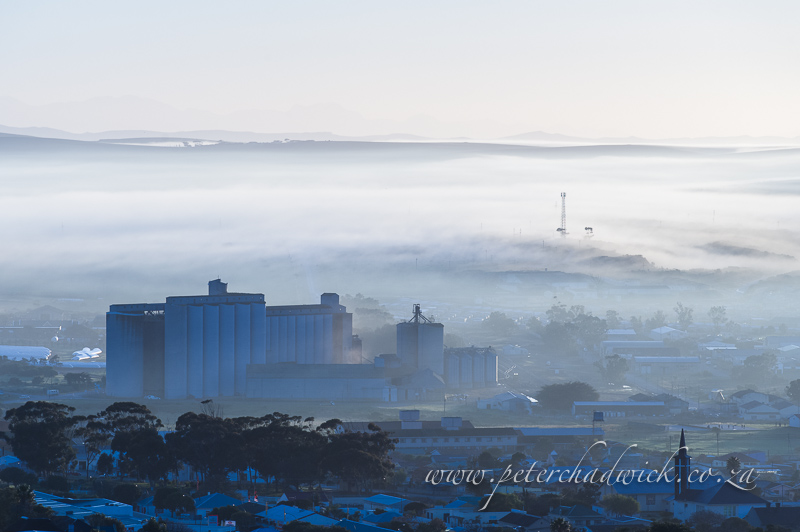 12 of 12. Many small towns within the Overberg base their economies around the surrounding agricultural farming practises.

jrHidden 0/biodiversity-and-agriculture-of-the-overberg.html0
Please enter the security code.
499com_contentcom_content92detail
These are such great pictures Peter - thank you. Hopefully our conservation organisations will be able to do something about the Rensoterveld. Best pic must be the one of the Blue Cranes - so animated. Look forward to seeing more. Commented byVanessaMarch 19, 2014

These are such great pictures Peter - thank you. Hopefully our conservation organisations will be able to do something about the Rensoterveld. Best pic must be the one of the Blue Cranes - so animated. Look forward to seeing more.