Africas Rangers at the Frontline of Conservation Featured Hot 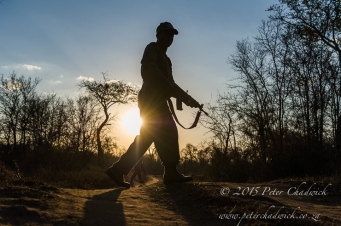 During the last week, the Department of Environmental Affairs, has listed the latest ever-growing rhino poaching statistics for 2015. These figures are indeed depressing, as it seems that there is little that can stop the tidal wave of insurgency against the rhinos, elephants and other iconic species that make Africa so unique and special.

While the plight of the rhino is well known thanks to media exposure, the fact that many rangers are loosing their lives while protecting our natural heritage is not as well publicized. These rangers are the at the frontline of the poaching wars and according to the International Rangers Federation (IRF) Roll of Honour, 52 rangers have been reported as having lost their lives in the line of duty in the last twelve months.

Although these may be the official figures of ranger’s deaths, it is thought that the actual number of deaths is estimated to be two to three times higher than that reported. Rangers are increasingly finding themselves in combat situations, as they have to confront heavily armed poachers intent on destroying Africa’s wildlife. This is not only impacting directly on ranger safety in the field, but is also resulting in an increasing prevalence of burn-out and post traumatic stress disorder (PTSD).

Without our rangers defending the front line, poaching statistics will be much higher and it is high time that we start to increase our support for the rangers on duty. The Game Rangers Association of Africa (GRAA), provides support and representation for game rangers across Africa and believes that rangers are the heroes of conservation. They have set up a number of projects that will directly support the rangers in the field. Through supporting these projects, you are supporting the conservation of Africa’s rhino and other iconic species.

In support of the work of the rangers, Peter Chadwick, an internationally recognised conservation photographer and Fellow of the International League of Conservation Photographers, is working together with the Game Rangers Association of Africa and many conservation agencies in profiling the work that these bush warriors are doing for conservation. 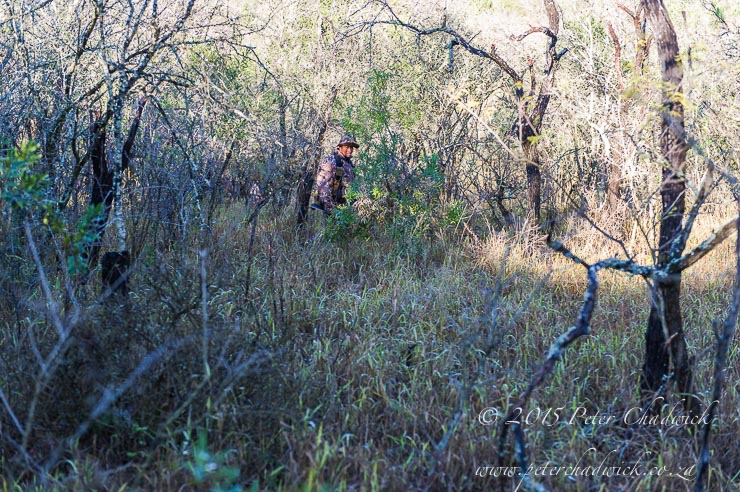 1 of 12: In undertaking their duties, rangers often have to work in difficult conditions away from support and communication. 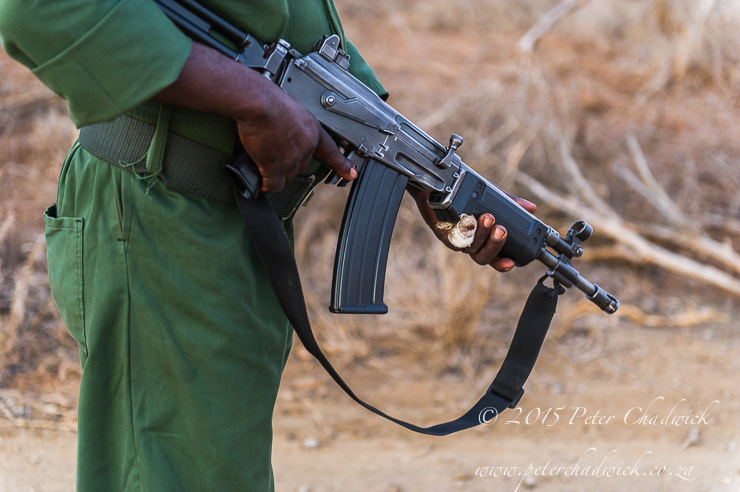 2 of 12: With the increase in poaching, Rangers are facing ever increasing risks of entering into armed combat against heavily armed poachers. 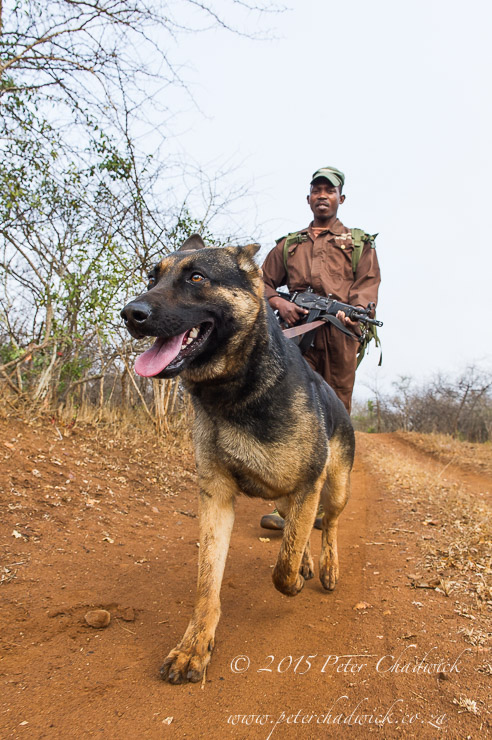 3 of 12: Dogs are being increasingly used as a deterent in the poaching war and are also excellent at helping track poachers. 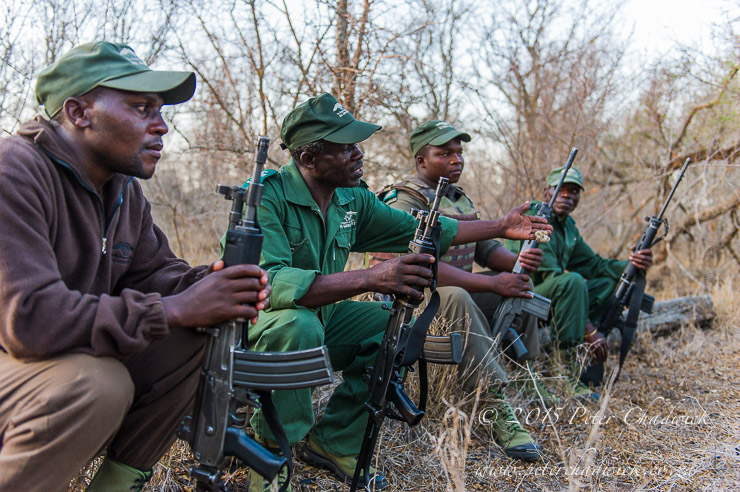 4 of 12: Teamwork and dicipline are absolute imperatives for the Rangers. 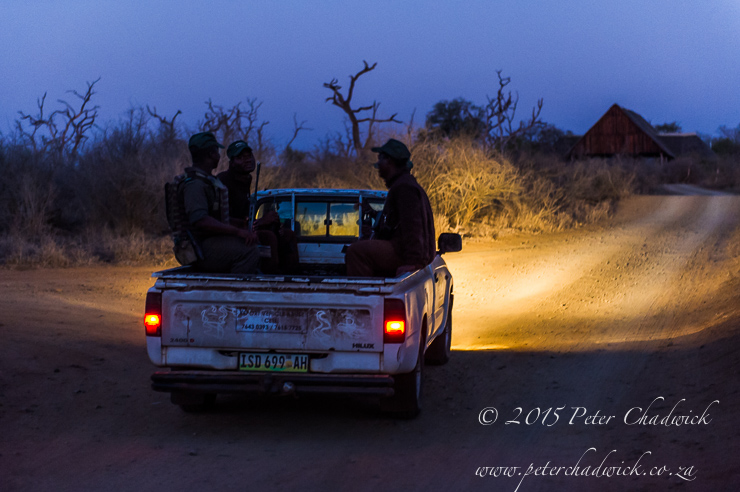 5 of 12: Ranger patrols are undertaken day or night and go out into the field regardless of the weather. 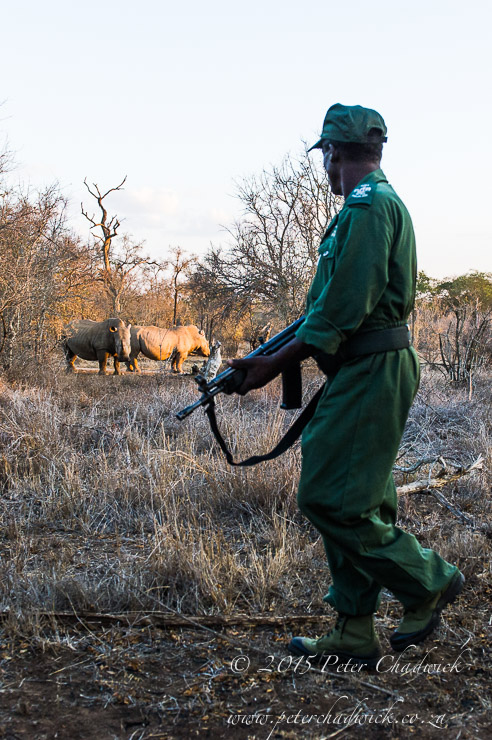 6 of 12: Part of the Rangers duties are to keep a close watch on the species that they are protecting from poaching. 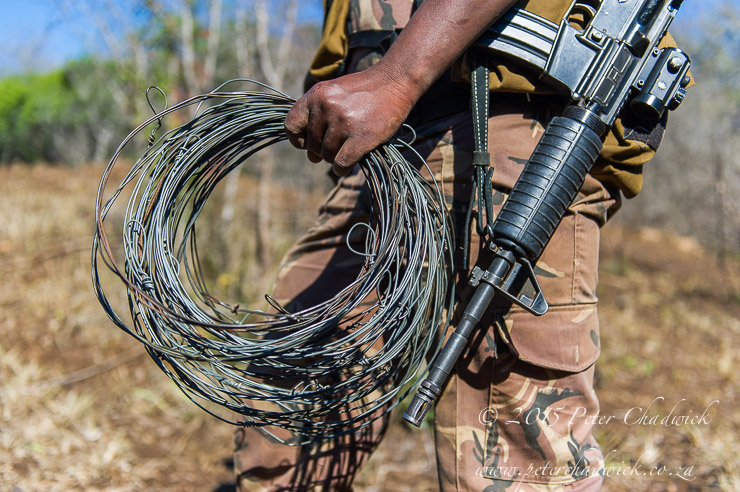 7 of 12: Rangers not only have to search for armed poachers looking for rhino and elephant, but they also have to undertake sweeps to remove snares laid by bushmeat poachers. 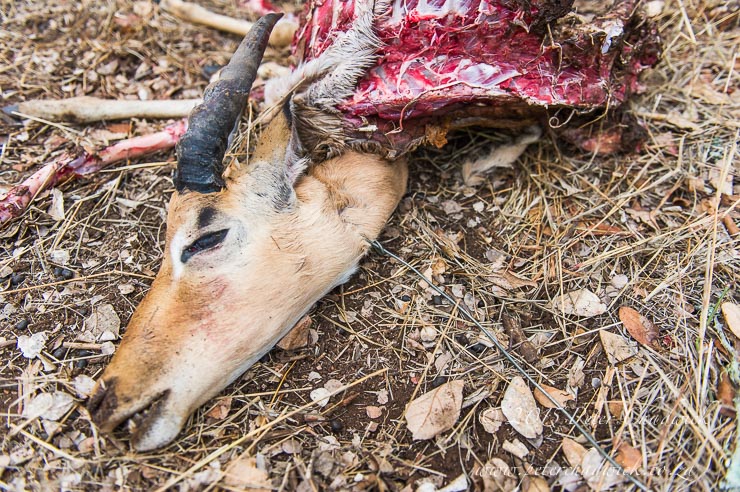 8 of 12: Snares laid by bushmeat poachers are killing thousands of animals in a silent war that is largely unpublished 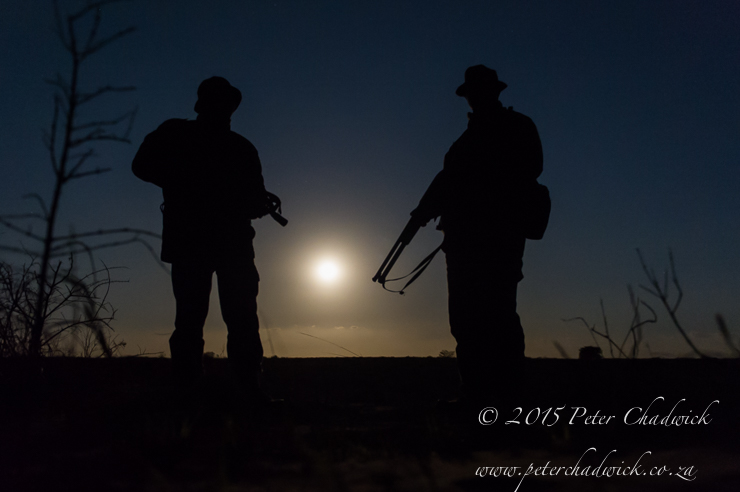 9 of 12: Full moon periods are particularly dangerous times for the Rangers and the rhino as this is when numerous poaching groups attempt to enter protected areas and use the light of the moon to poach. 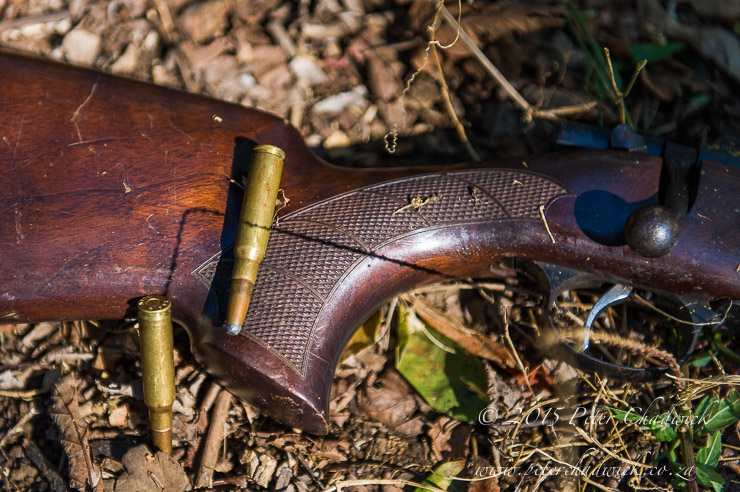 10 of 12: High-calibre hunting rifles that are often equipped with a silencer are the prefered weapon for poachers wanting to hunt rhino or elephant. 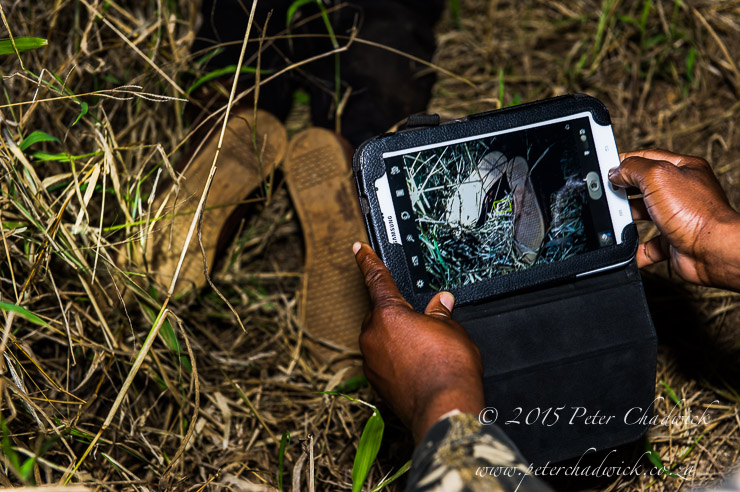 11 of 12: Once poachers are apprehended, careful forensic work is undertaken to gather as much evidence as possible from a crime scene. 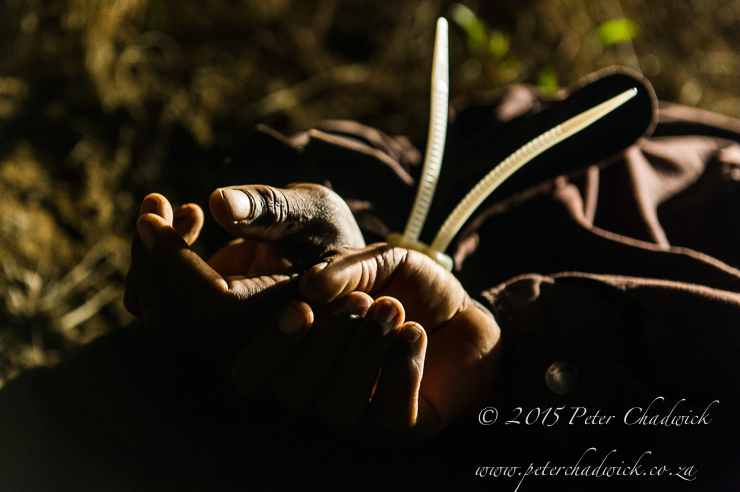 12 of 12: Arresting of poachers in the field is only the beginning of an often long drawn out judicial process where the courts decide the fate of the poachers. Stronger and harsher jail terms without the option of bail and the paying of a fine are necessary to help deter poaching.