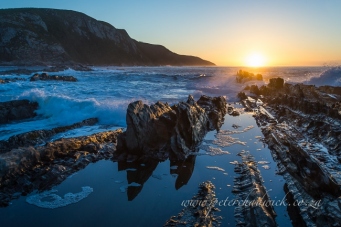 The sea has long held our fascination and the interface of land and sea, the coastline, draws us to her shores.

As landscape (or seascape) photographers we try to capture her ebbs and flows and ever-changing moods. Linking sky, land and sea in one creative and telling image that will inspire others and showcase the incredible beauty that our coastline has to offer.

Here are 10 tips that can help you improve your seascape photography. They can be used in isolation of one another or combined to create memorable, moody and lasting images. 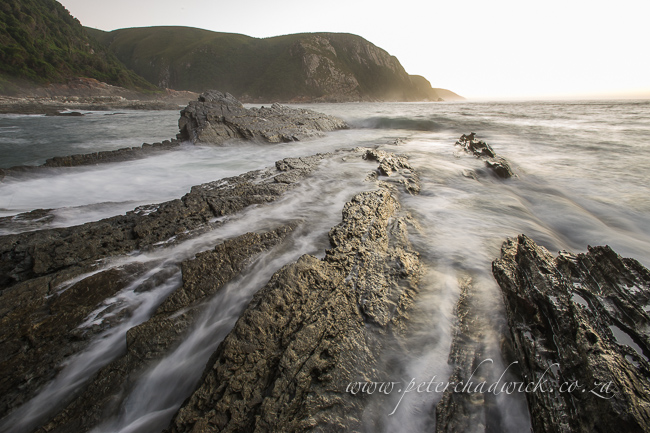 1. Golden fingers of rocks with swirling water whispering between them lead the eye and encourage the viewer to look deeper into the composition of the image and towards the rocky cliffs in the background. Tsitsikamma Marine Protected Area. Eastern Cape. South Africa 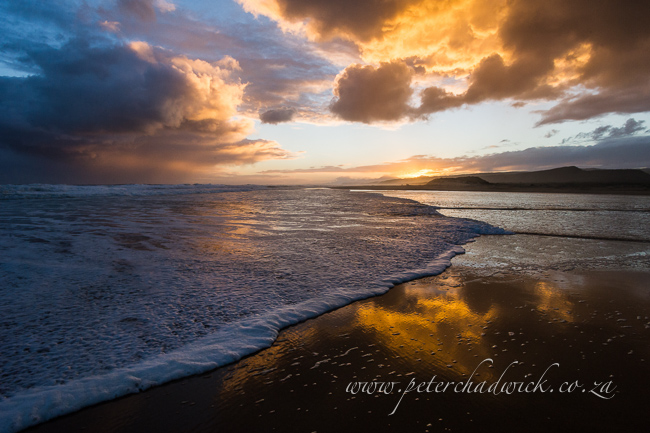 2. By using weather and stunning light to your advantage, powerful and emotional images may be created. Sunrise and sunset is when the sky lights up with colors. This is particularly when heavy storm fronts cross the sky but which still allow for a gap of light on the horizon. This allows rich  light to be reflected up onto the clouds, creating mood, texture and shadows. A winters storm passes over the Goukamma Marine Protected Area beachfront.  Southern Cape. South Africa. 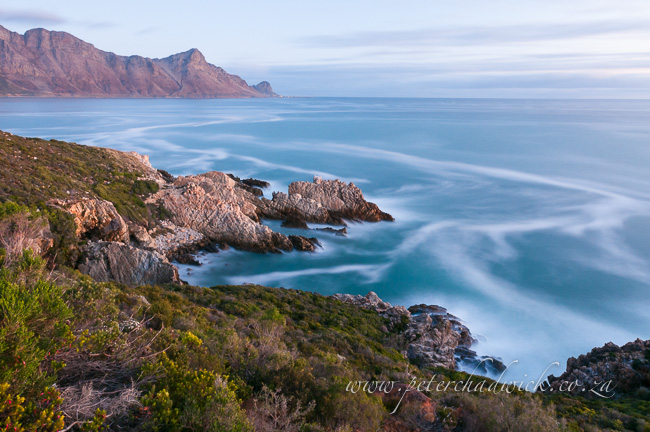 3. Long exposures of water after twilight create artistic blurs and patterns that allow new perspectives to be captured in an unexpected manner. The rugged coastline of False Bay photographed after the suns rays had faded over the horizon. Cape Town. Western Cape. South Africa. 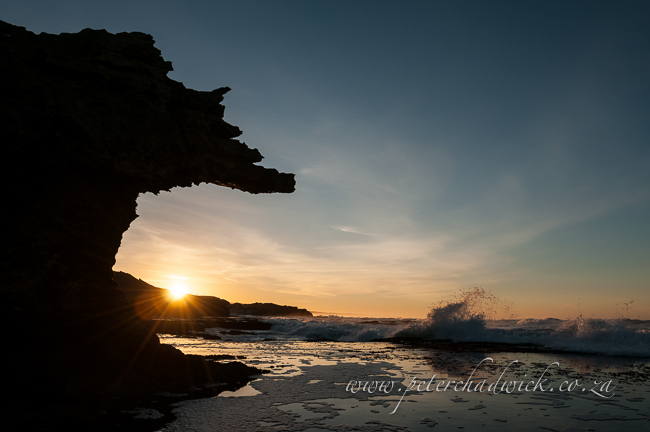 4. At the edge of the day when the suns is either popping over or disappearing below the horizon, the flare of its rays may be creatively used to provide starbursts of light that add to the mood of the image. These star-bursts may be created by selecting a small aperture such as f/16, f/22 or f/32. The intertidal rock platforms at De Hoop Marine Protected Area. Western Cape. South Africa. 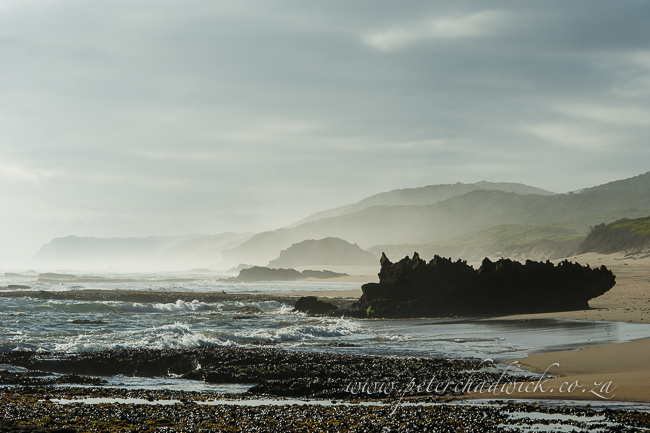 5. Too often, we as photographers only shoot with the sun to our backs. By turning around and using backlighting to our advantage we are offered striking and graphical images created by the silhouettes of prominent subjects. The rugged rocky and cliff-lined coastline of the Goukamma Marine Protected Area. Southern Cape. South Africa. 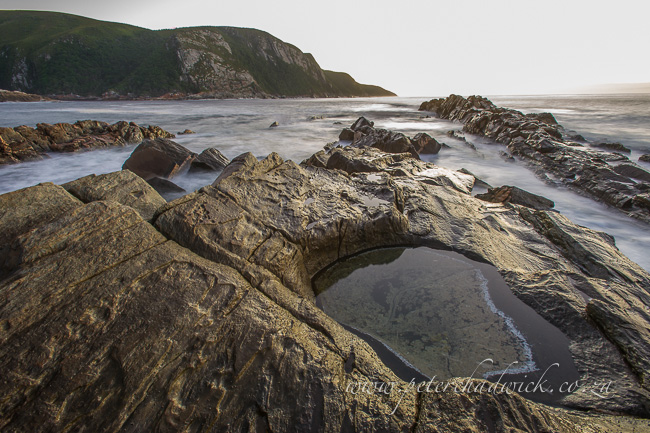 6. Visual anchors such as the small circular pool in the foreground provide a reference point that commands notice. Combined with other leading elements in your image this locks a viewers attention, making them want to keep exploring the image. Golden rocky outcrop leading out to sea at the Tsitsikamma Marine Protected Area. Eastern Cape. South Africa. 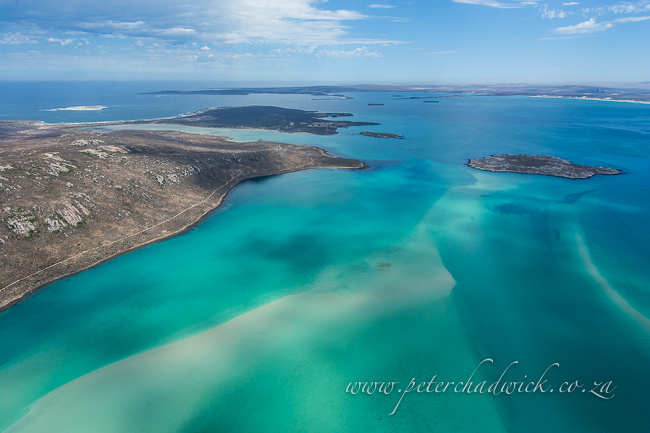 7. When opportunity allows, seascape photographers should change their perspective and one of the ways to do this is through aerial photography. One of the tricks to aerial photography is to ensure a good depth of field through using a small aperture, while also ensuring a fast enough shutter speed to prevent blur from the motion of the aircraft that is being used. Fortunately with today’s camera systems, this can be achieved through pushing the ISOs while still preventing noise. An additional feature is the use of the image stabilizing on the newer lenses. Langebaan Lagoon and islands within the marine protected area of the West Coast National Park, South Africa . 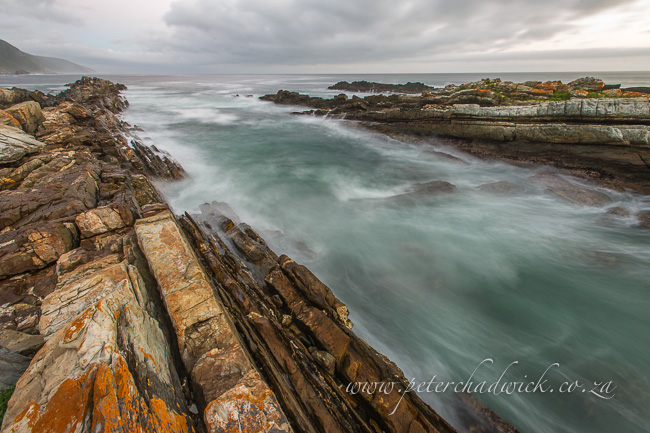 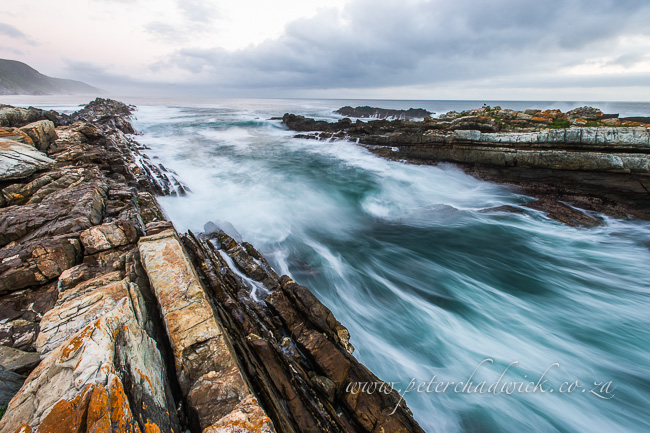 8. It is always important to experiment with different shutter speeds and f/stops when photographing the moving sea as very different effects may be achieved from the same viewpoint. In the image above and below, I used differing shutter speeds, while also waiting for larger waves to create the impression of more movement within the narrow gulley. Tsistikamma Marine Protected Area. Eastern Cape, South Africa. 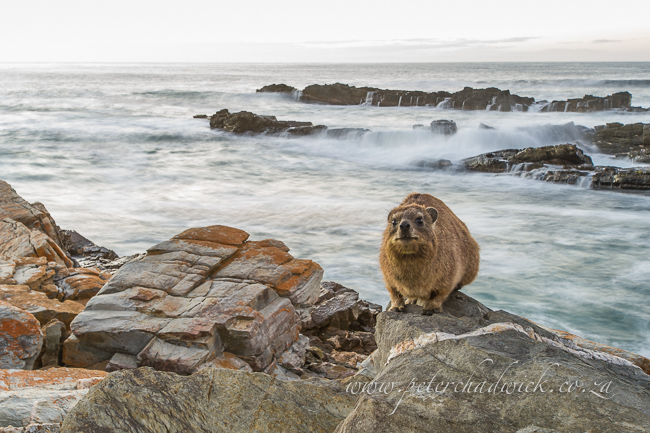 9. To truly capture a viewers attention try and tell a story with your seascape that moves well beyond the image being just a pretty picture. In this case, I framed the sunning Rock Hyrax that was trying to warm itself at first light against the backdrop of the ocean. With the Rock Hyrax sitting so perfectly still, I was able to still use a very slow shutter speed that created a blur of movement on the sea. Tsitsikamma Marine Protected Area. Eastern Cape. South Africa. 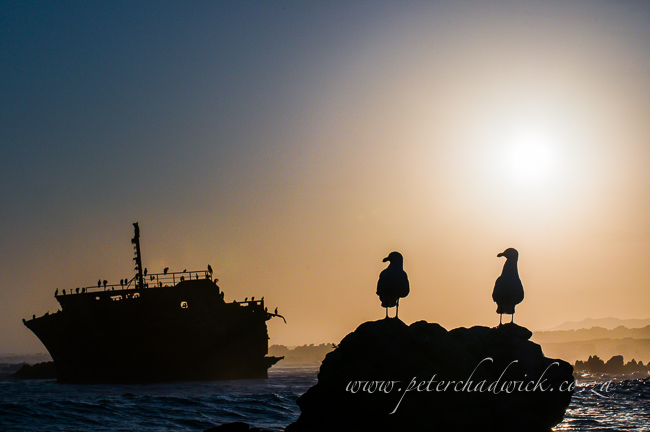 10. In this final image, I combined many of the above listed tips into one image, in this case, a pair of Kelp Gulls and a shipwreck, as the storyline, silhouetted against a sinking sun that also created highlights on the water. With the gulls being lit by the backlighting of the sun, they become the main focal point of the image while their both looking towards right, leads the eye to the ship-wreck and makes one wonder how it met its fate against the rugged shoreline. Agulhas National Park. Western Cape. South Africa.